Since November 9th I’ve lost my damn mind more than twice a day.

Usually I lose my damn mind driving to work when I have to hear nothing but Trump news on BOTH NPR stations and then more Trump news alluded to on the other eight stations I flip between.

During the day I hear a series of fearful “telephone game” questions about immigration, education, war, and health care or did-you-hear comments either from my high school students or coworkers, who are also in the same state of I-cant-believe-this-shit-is-real shock.

My wife—the amazing political nerd she is—always has fresh news to report, and is often my own personal breaking news report before BREAKING NEWS takes over the networks.

And these days, most of it is actual BREAKING NEWS.

If I make it to after-work drive-time radio without hearing something so damn awful about you-know-who, I’m good. But that only happens once or twice a week. Actually every day there’s something new to feel sick about—a damn tweet, a damn possible scandal, a damn not-very-Presidential comment—we now have to put up with this shit.

I’m beginning to understand why the Bizarro versions of me hated Obama so much: Obama is and was the model of statesmanship, humility, and nobility, and now we have a used car salesman who is going to run the games that run the world.

There was one day I forgot about it until roughly 2:45 p.m.

For someone who hates the media, he’s been on television and radio every day since 2015.

For someone who hates liars, Vox reports, he lies every five minutes.

For the whitey white voters who wanted Hope and Change in 2008 and 2012 and then changed sides to become red hat people, he’s really “their” president if you pay close enough attention.

Me. Literally, me. He’ll block me or disavow me or marginalize me in an instant—it doesn’t matter that I’m an American, patriot, or paying attention—he’s done it to everyone from Congressman John Lewis to Alec Baldwin to Meryl Streep to kids on Chicago streets to whole sections of America that “have nothing to lose” by voting for him.

But I’ve resigned to the idea that we’re all just Matrix slaves in a post-apocalyptic hellscape where we’re tricked into contemplating Kobayashi Maru riddles using the following leadership model:

We’ve been dog whistled, gaslighted, and lied to for the past 18 months, and I’m not ready for the next four.

And I’m done listing the ills of King Donald J (while simultaneously wondering why “nobody” is doing anything about it) and defending Hillary’s popular vote along with her record, why liberalism and progressivism is good, and why it’s good to be a kind and magnanimous American.

Aren’t we all done with that?

The real kicker is that those who voted for him—from the rural elites to the moderate deplorables to the truly deplorable deplorables to your best friend from high school—probably haven’t been glued to the news like I have since November 9th.

I’m willing to give anyone the benefit of the doubt, however.

I assuming that they haven’t been working in secret online groups and planning the Resistance like me and the legions of cohorts and new Facebook friends—I’m assuming they aren’t. I could ask, but they don’t seem like they care about my anxiety and paranoia about America’s downfall, and the fact that I feel like I’m living in the wrong Biff timeline from BTTF2.

In fact they seem like the type of people who know everything, and aren’t afraid to tell you why you’re wrong, even though they charge our side with doing the same, from the old, tired GOP party lines to the new, tired GOP offering nothing of any value at all.

At all. I actually have no idea what the GOP stands for. Every time I think I know what they stand for, I end up at a loss.

And BECAUSE the rich, elite party of lawyers and anti-government government workers who are the GOP and Tea Party have been at odds about how and when to properly dismantle the government as we know it—

BECAUSE they’ve opposed Obama since before he was first elected, undermining not only his presidency, country of origin, religion, and intent—

BECAUSE you KNOW if Democrats had done any of this, we would never hear the end of it—

But I have a small amount of hope left.

As a public school teacher and writer, I have a new target on my back because of who is in power.

As a man, teacher, husband, father, citizen, liberal, reader, taxpayer, writer, editor, and Facebook meme n’ thread-creator/commenter, I’m waiting for the madness to subside, for journalists, politicos, and common sense moderates to stand up and be defended by rational voices who will help write the history books.

I’m waiting, but I have a sneaking suspicion it will be for a bus that isn’t built yet, let alone on its way.

Yes, this is really happening.

There is hope, however.

Plenty of countries have seen dictators come and go.

Plenty of people are ready to march, fight, protest, debate, and stand up for what is objectively and historically right.

Scores of people are paying attention—especially those in power and powerful opposition.

Thousands of leaders are being born today.

And our government, while at its most powerful, surveillant, and intrusive, will be reclaimed by the people again, one day, whether I get my damn mind back or not.

Jeremy McKeen and his damn mind can be read every week on The Good Men Project!

And thank you for commenting below and sharing this!

Leave your comments below.

The Good Men Project is different from most media companies.

We are a “participatory media company”—which means we don’t just have content you read and share and comment on but it means we have multiple ways you can actively be a part of the conversation. As you become a deeper part of the conversation (Which really is “The Conversation No One Else is Having), you will learn all of the ways we support our Writer’s Community—community FB groups, weekly conference calls, classes in writing, editing platform building and more.
♦◊♦

Click here to become a Premium Member of The Good Men Project Community. 1) Get  access to an exclusive “Members Only” Group on Facebook, 2) View the website with no ads 3) Get free access to classes, workshops, and exclusive events 4) Be invited to an exclusive weekly “Call with the Publisher” with other Premium Members 4) Free commenting badge, listing on our Friends page, and more.

Are you stuck on what to write? Sign up for our Writing Prompts emails, you’ll get ideas directly from our editors every Monday and Thursday.

Want to learn practical skills about how to be a better Writer, Editor or Platform Builder? Want to be a Rising Star in Media? Want to learn how to Create Social Change? We have classes in all of those areas. Classes are included free of charge with our $20 a year Gold Membership.

However you engage with The Good Men Project—you can help lead this conversation about the changing roles of men in the 21st century.

Mr. Mckeen, as you are so often reminding the readers of the GMP that you are high school English teacher and co-editor for this, I would hope you impress upon your students & fellow co-editors going forward the importance of not using a period to punctuate every single word to demonstrate how perpetually emphatic everything and everyone is. It. Is. Very. Distracting. Every. Single. Time. It comes across as very. Very. sanctimonious, and not empathetic at all or even dignified of response. In short, it undermines the empathy and credibility (which, I presume, you want to engender, rather than squash)… Read more »

“Obama is and was the model of statesmanship, humility, and nobility”
That’s absolutely hilarious. The faux constitutional scholar is a self-adsorbed conceited narcissist. It’s this ridiculous cult of personality and blind messiah worship that caused Trump.
Obama is a douche that paved the way for all the things liberals now fear. I bask in the misery that the left has foisted upon themselves.

Ummmm…. so there is a metric ton of kinda strange stuff in this rant. I’ll just touch a few: 1. Republican Party isn’t the party of lawyers. The last Republican president who was a lawyer was Gerald Ford. Since 1980 14 of 18 Democratic nominees for Pres or VP were lawyers. Lawyers were the top bundlers and fundraisers for Obama. 2. John Lewis boycotts every republican president nominee’s inauguration (check Bush’s). This shouldn’t be news. 3. Election Tampering- the emails weren’t fake. Donna Brazile did cheat for Clinton. The DNC did collude against Sanders. Podesta does hold bigoted positions about… Read more »

“Election Tampering- the emails weren’t fake. Donna Brazile did cheat for Clinton.” So why aren’t “progressives” saying that Clinton, who actually tampered with the election, should have been disqualified for president? Of course, we’ll complain about Obama being opposed by the republicans upon election prior to taking office, while we plot to oppose Trump, not a specific policy, upon his election prior to taking office. I still count myself a democrat and a true progressive. This constant hypocrisy and the redefining of reality to align with their predetermined political beliefs and strategies from some “progressives” is what’s causing me to… Read more » 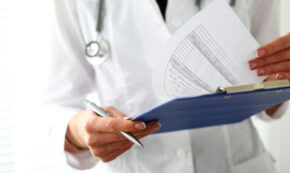 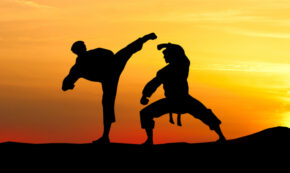 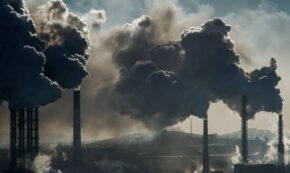 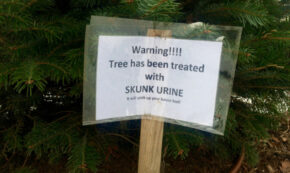 FacebookTweetPinEmailShares110
wpDiscuz
5
0
Would love your thoughts, please comment.x
()
x
| Reply
Share this ArticleLike this article? Email it to a friend!
Email sent!