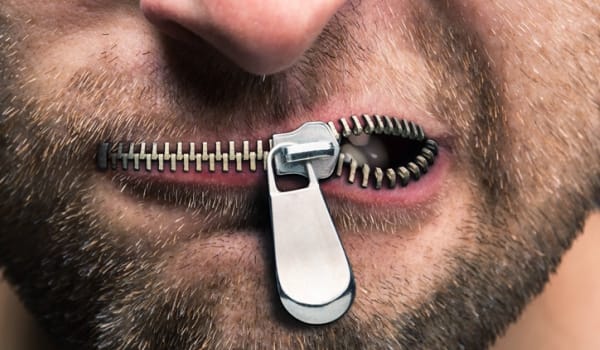 Anyone who has a pulse is astute to the fact that debates over free speech, cultural appropriation, intolerance and numerous other controversies are better known as cancel culture has managed to deeply finagle themselves into the fabric of our current culture over the better part of the past decade.

Indeed, over the past several years, a number of television pundits, op-ed columnists and fellow academics (including myself) have weighed in on the various disruptions that have occurred in various quarters of our society. Even former President Barack Obama has injected himself into the conversation on cancel culture.

From K-12 public and private schools to higher education to corporate boardrooms to the entertainment industry to the medical field, to houses of worship to political campaigns. Debate and reaction have often been nothing short of contentious and, in some cases, violent and fierce.

Cancel culture has been a surefire way to achieve a degree of notoriety, acquire supporters, allies and garner more than a few detractors no matter how retrograde or ill-defined the rhetoric and viewpoints of the perpetrator(s) may be.

There is ample evidence that various forms of cancel culture are rampant. This is largely due to the undeniable fact that social media users tend to align forces with like-minded individuals to advance a particular agenda and adopt a degree of self-righteousness to either jeopardize the livelihood and/or terminate the careers of individuals they deem unworthy of support and, rather, deserving of scorn.

Cancel culture has been primarily associated as a meandering entity constructed by the political, social and cultural left. Its critics deriding such perpetrators of the practice as unhinged immature, oversensitive, unhinged, radical snowflakes.

The truth is that liberals do not harbor sole ownership of the practice. The political, social and cultural right has not been immune from employing various features of cancel in an effort to engage in what they see as combating the left. More often than not, both liberals and conservatives aggressively utilize ill-defined indignities, manufactured outrage and bombastic rhetoric to score “points” against the other side.

Truth be told, if we are being candid and keeping it real, the fact is that pockets of American culture have long been citadels of ample hostility and resistance for those who fall into the non-White, non-Christian, LGBTQ, disabled and similar groups. Indeed, historically speaking, Blacks, Non-White Hispanics, Muslims, Jews, Muslims, gays and lesbians and in a number of cases, women, have found themselves targets of frequent or sporadic ire from certain belligerent factions resentful of their presence or mere existence.

A number of spaces in our nation have been less than welcoming places for non-heterosexual, non-Christian, disabled people. In fact, the contrary, more than a few arenas have been environments rife with hostility, intimidation and occasional violence for such people past and present. The state of political and civil discourse in our nation is nothing short of acerbic. The situation has become nothing short of volatile.

2016 resulted in one of most mean-spirited and divisive presidential campaigns in recent memory. Political, social, cultural and other sorts of websites and blogs provided promoted and in some cases, embellished and tailored commentary that appealed to their specific audiences. Consequently, the intense humidity since that time has made the temperature uncomfortable and more than a few rational, open-minded people are understandably justified in being unsettled by the current state of acrimonious discourse.

The indisputable fact is that certain politicians, (including President Trump) certain pundits, talk radio hosts, some journalists, a few academics and other provocateurs across the political spectrum who are part of the rabid echo chamber live to denounce, dissect and discredit their opponents as being intolerant of diverse voices and opinions. In fact, they live for this sort of reaction from the opposition so-to-speak. Such incidents provide them with ample ammunition to vilify their opponents and related entities that they despise, in some cases, fear and view with a jaundiced eye as the “other.”

No reasonable person is going to deny the fact that it is difficult to have to listen or witness rhetoric from others who in some cases, dehumanize your very right to exist as a human being. Moreover, if you are a member whose group has been routinely racialized, callously objectified, marginalized and to put it bluntly, largely despised by the mainstream, It is somewhat understandable that you are likely inclined to react in an emotional and defensive manner if you feel that you are being disrespected and discounted.

Personal feelings aside, the answer is not to prohibit or attempt to sabotage, if not, outright attempt to exile or destroy others with whose position(s) you disagree the right to express their viewpoints. Rather, the appropriate and more effective response is to challenge such abhorrent rhetoric is with concrete facts and logic that will effectively dispel such morally indefensible positions. To coin the old saying “sunlight is the best disinfectant.”

Free speech is crucial to our democracy. Either you have it or you don’t. It is important to remember that when you attempt to curtail the civil rights of others, it may very well only be a matter of time before you, yourself can be stifled,m if not outright canceled. Denying others the right to voice their opinions is a misguided and dangerous activity that can result in dramatic and disastrous consequences for all. Groups that have been historically oppressed and obscured should certainly keep such sobering thoughts in mind.

The often scorched earth approach that many purveyors of cancel culture engage in is a malignant form of dictatorial behavior that cannot be condoned or tolerated in a society that prides itself on liberty, freedom and justice for all. Period.