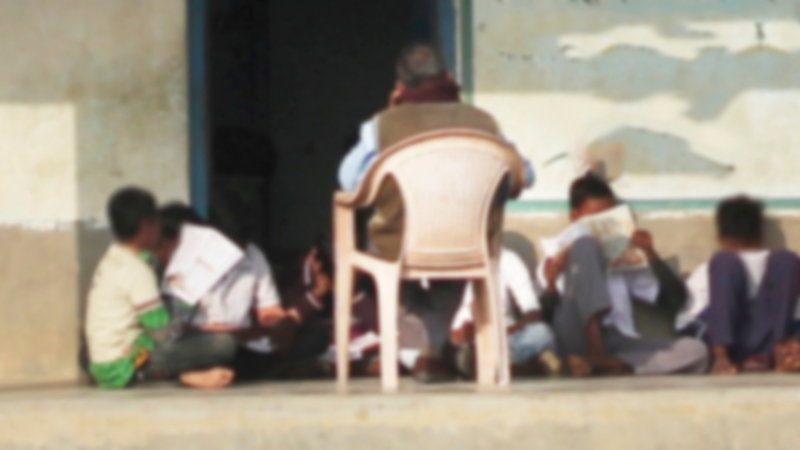 During the COVID-19 pandemic, many children in the United States are struggling with remote learning and emotionally distressed by the absence of social interactions. But significant numbers of children in the world do not have access to the Internet or to any education during the pandemic.

Children are our future. Yet about 33 million children worldwide are displaced and most of them are out of school. Refugee children are a case in point. More than 92% of refugee children live in developing countries. Lack of education during COVID-19 has the potential to become an even more destructive pandemic.

Rohingya children are receiving no education during the pandemic

In August 2017, more than 742,000 Rohingya fled to Bangladesh from Myanmar. More than 800,0000 Rohingya refugees now live in Cox’s Bazar in the largest and most crowded refugee camp in the world, and more than half are children and adolescents. Prior to the pandemic, children in Rohingya refugee camps were not allowed to receive education in local schools, barring them from opportunities to integrate into the local community in Bangladesh. As a result of the lockdown due to the pandemic, about 315,000 Rohingya children and adolescents lost access to education in the camps’ more than 6,000 learning institutions, which closed in mid-March 2020. In January 2020, the government of Bangladesh promised to give Rohingya children access to education and skills training, but we know little about the fine points of the pledge because the pandemic has stalled any progress.

“They are neglected, lack proper nutrition and health care, do not have access to any education, and are caught in a limbo of an uncertain future, from which there seems no apparent escape. It is time to give these children a fair chance at life.”

For many decades, Rohingya parents in the Rakhine state of Myanmar have seen their children being killed, maimed, violated, abducted, attacked in schools and hospitals, and denied a chance at a decent life. The situation was so bad for these and other refugee children worldwide that in 1999, the United Nations Security Council adopted Resolution 1261 to protect children in conflict regions for the first time. But Rohingyas in Bangladesh continue to live in danger. The lack of access to education is likely to result in parents marrying their children off at an early age or losing them to human trafficking. This means that generations of children will not realize their potential.

Considering these issues, the Refugee Relief and Repatriation Commissioner of Bangladesh agreed that “it will definitely help” to educate children in the camp. Yet despite similar language from policymakers, a government directive in 2019 banned Internet access in the camp, so during the pandemic, even remote learning is not an option for children there.

The violence against children affects not only the refugees in the camp but also the social architecture of the host community. Refugee children in Bangladesh are a big part of the future of the country’s political economy and national security. Many fear that the inequalities and violence in the camps already contribute to enhanced violence in the host communities surrounding the camps.

How to right the wrong against refugee children: Three steps

Sadly, the fate of Rohingya children in Bangladesh is similar to that of most refugee children in the world. They are neglected, lack proper nutrition and health care, lack access to any education, and are caught in a limbo of an uncertain future from which there seems no apparent escape. It is time to give these children a fair chance at life through three steps.

First, children need access to high-quality education that is in both the children’s mother tongue and the language of the host country.

Language of instruction determines the effectiveness of education. It also determines how children perceive their future (in the host country) and how they are accepted as people from another country (their home country). Rohingya children were allowed some form of education in the Rohingya language before the pandemic in the informal learning institutes in the camps, but the host community looks down on Rohingya culture and language so the children did not learn about their home country.

“We often forget that refugee children are just like our children – and that they are in our space because they have nowhere to go. Governments,including the newly elected U.S. government, the private sector, and donors can step up their game and play a major role in supporting the future of refugee children.”

Bangladesh should give refugee children access to the curriculum in public schools in the country. This will create a cultural bridge between refugee and host community children. The Bangladeshi government has been very clear from the start that they do not want to do this. While learning one’s first language has tremendous benefits, it also helps facilitate learning another language (such as Bangla and English) when the children are living in Bangladesh. Children who speak the Rohingya language can build on the language and literacy they know to acquire another language.

Second, children in the camp need mental health support. Many children and adults in the camp are suffering from acute depression and anxiety. These children need teachers who are trained to support the learning of children who have experienced severe trauma, anxiety, and depression, and who continue to live with constant uncertainty. Non-governmental organizations (NGOs) in the camps are invested in supporting children’s education – assistance from the local and national governments will mean they can scale their efforts in training teachers to extend high-quality education to the children.

Finally, people in the camp need access to high-speed Internet. The first two steps that are needed to improve education are possible only if refugee children have access to the outside world.

Using the Internet is crucial for children to access both education and mental health support. NGOs and companies can set up Wifi hotspots throughout the camp, as has been done in the past in other camps. Once that happens, children can access remote learning programs. Parents also need access to the relevant technologies (such as smartphones and the Internet) so they can oversee their children’s learning, which is instinctive for most parents.

As leading post-colonial scholarHomi Bhabha said, “the refugee condition makes the most stringent and severe demands on the national community or the ‘world community’ to recognize the global right of hospitality which is at the heart of human survival itself … for a ‘good life lived with others.’” We often forget that refugee children are just like our children – and that they are in our space because they have nowhere to go. Governments (including the newly elected U.S. government), the private sector, and donors can step up their game and play a major role in supporting the future of refugee children.

Closing the education gap for refugee children will move us one step closer to building a strong and diverse leadership for the world. 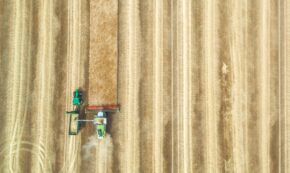 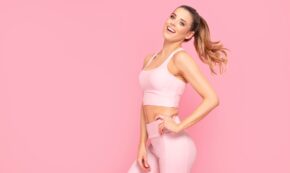 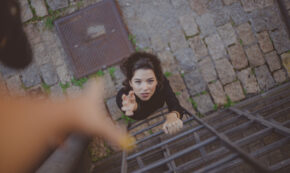 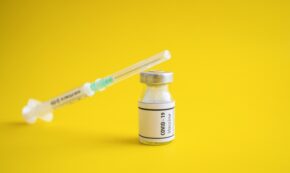