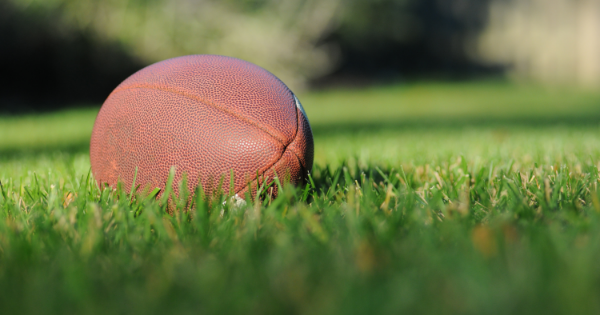 I’m a football fanatic. I don’t have a particular allegiance to any one team, I just enjoy the sport. This season I am managing four fantasy football teams. I didn’t intend to have that many, but not everyone who was invited joined the leagues before the draft. I decided to take on additional teams, in two separate leagues, in order to move forward with the season. The point is, fantasy football adds to the whole viewing experience each week.

Important side note here: I am completely aware of the many negative issues surrounding the National Football League and its players. Whether it’s kneeling during the anthem, or player safety in regards to Chronic Traumatic Encephalopathy (CPE), I’ve followed along and gathered as much information as possible. Don’t even get me started on the many players who have been accused (or been caught on video) in domestic violence incidents against women. As much as I would love to solve all of those problems, I choose to realize that it’s out of my control. Perhaps that makes me a hypocrite for watching football anyway, but I don’t see it that way. Saying that I support the negative aspects of the game by watching football is like saying I support alcoholism whenever I have a glass of wine. There’s a difference between acceptance and approval.

Truth be told, it really isn’t about football anyway. Sunday football means that I am going to stop and take a break. I will take the time to make a meal with my husband, something we don’t always do together during the week. We’ll usually listen to music and have a good conversation while we cook. Then we’ll eat in front of the television while we’re comparing our fantasy team lineups. Occasionally we are joined by one of our adult sons. His stories allow us a glimpse into life as a millennial in today’s world and remind me of the days when he and his brothers were younger and we watched football as a family.

One of the best parts for me is yelling at the television when players or referees make me angry. I can effortlessly string together expletives that would make a sailor blush and often cause my husband to burst out in laughter he can no longer contain. I don’t get offended, I’m sure I look and sound ridiculous. Besides, I’m really yelling at people who have annoyed or frustrated me earlier in the week. I’m releasing my exasperation over situations out of my control, in the safety and comfort of my living room. This method probably isn’t as healthy as yoga or meditation but to each their own.

I used to feel bad about watching football because I considered it a waste of time. (Don’t get me wrong, I know it can be.) However, once I realized how much I value the downtime and connection to family, I began to see it differently. When I’m busy and frazzled during the week, I remind myself to look forward to Sunday, look forward to cuddling on the couch with my husband, look forward to football!—-

Photo by Ben Hershey on Unsplash

Facebook6Tweet1PinEmailShares7
wpDiscuz
Share this ArticleLike this article? Email it to a friend!
Email sent!