Get Daily Email
Join/Login CLOSE
Home / Featured Content / Development for All: A Better Solution for Papua 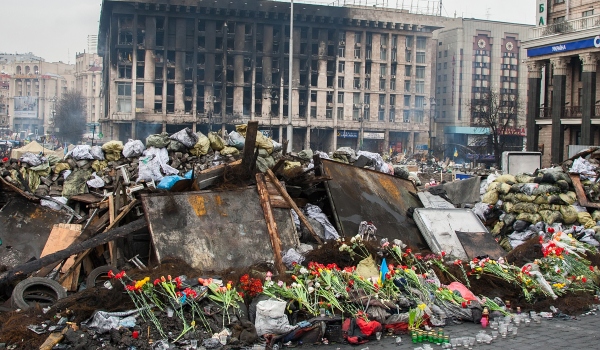 Racial abuse of Papuan students in Surabaya, East Java, has sparked massive protests across the country and riots in Manokwari and Sorong, two big cities in the country’s easternmost part, Papua.

As a researcher with an interest in Papua, I observed a protest near the State Palace in Jakarta on Thursday. Protesters cursed the Indonesian government, which they referred to as colonialist, for decades of human right abuse and maltreatment.

President Joko “Jokowi” Widodo has called on Papuans to forgive their fellow citizens who offended them. He also ordered police to take stern action on the case to reduce tensions but they have failed to calm the protesters.

Jokowi’s efforts to mend the government’s relationship with Papuan people, which include massive infrastructure projects, do not seem to be working.

I believe the main problems lie in the government’s approaches to solving conflicts in Papua, bringing discontent to its people.

Papua joined Indonesia in 1963 under the New York Agreement. The agreement allowed a 1969 referendum for Papuans to decide their fate: to join or not join Indonesia. The referendum resulted in Papua joining Indonesia, a decision some Papuans deemed unfair as despite being under United Nations supervision, it involved only 1,022 delegates, all handpicked by authorities in Jakarta.

Separatist movements challenging the referendum’s result continue to this day.

Both approaches have flaws. The military approach creates fear and resentment, while the elite approach only reaches a few people in power.

The latest data show that Papua has a population of 4.32 million people, spread between its two provinces, Papua and West Papua.

I argue that the only solution to the problems in Papua is for the government to adopt an inclusive development approach for the well-being of Papuans.

The term inclusive development derives from Amartya Sen’s idea of inclusive growth. The Indian economist argues that governments can attain this concept of growth for all by reducing the inequality gap between the poor and the rich.

And inclusive development doesn’t only cover economic aspects. Its sociological, elements include access to public services, security, fulfilment of human rights and justice.

Research also relates inclusive growth to people’s well-being, including their happiness. The growth is inclusive if all people feel happy.

This means inclusive growth ensures people can be economically and emotionally satisfied.

The government can adopt this inclusive approach in its development policy by including all stakeholders, not only elites in Jakarta and Papua but also local leaders, Papuan scholars, activists and indigenous people.

By involving everyone, Papuans would have the right to decide the developmental approach that best suits their voices, culture and desires.

The inclusive approach can replace Jokowi’s policies on Papua that have centred on economic indicators only.

But the violent protests, which have been going on for days, prove that giving only money is not enough.

Jokowi might have won 80% of Papuan votes during the last election but he still fails in getting Papuan people to put their trust in the government.

It is because the government fails in making Papuan people emotionally happy.

Despite millions of dollars going into development, Papuans continue to feel repressed and abused. These traumas are the result of decades of human rights abuses by the military since Suharto’s New Order Regime. Suharto deployed the army to tame rebellious groups in Papua and ensure his development programs worked according to plan.

My recent interviews with Papua residents in August 2019 reveal this practice still exists. The military has spread its operations by working for business owners to protect their assets in Papua. My interviewees revealed some of them had been operating by threatening local people.

Unfortunately, the government has never addressed these human rights issues in its development plans.

The government also always chooses to involve only elites – local leaders and tribal chiefs – but fails to listen to grass-root voices.

I believe the only way the government can solve the political and developmental issues in Papua is by using an inclusive approach in development that focuses on improving the people’s well-being. They should feel safe living in their own land and be free from discrimination. 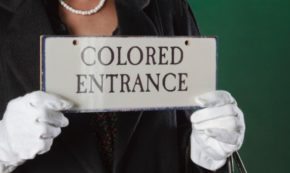 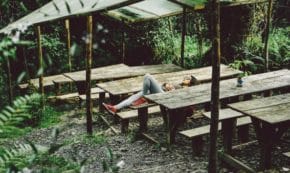