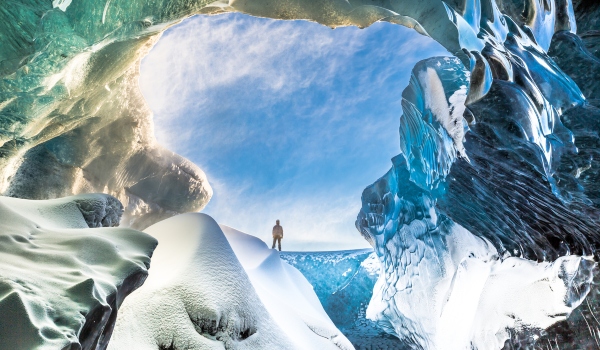 LONDON, 9 April, 2019 − Global warming is about to change the face of the frozen polar landmass, where the Arctic soils are slipping and sliding at record speed. Once-firm ground has begun to shift.

Researchers who closely examined landslips and slumps on Banks Island in the Canadian Arctic Archipelago have found a sixty-fold increase in ground movement in the last 30 years.

In 1984, summer temperatures accounted for just 60 events of the kind glaciologists know as retrogressive thaw slumps or collapses of surface soil as the permafrost ice begins to melt. In 2014, there were more than 4,000 such slumps, including about 300 in an area protected as a natural park.

And on Banks Island alone, even under a relatively conservative scenario, this number could grow to 10,000 a decade by 2075, to precipitate as many as 30,000 active landslides in any future year.

“We can encourage our politicians to take the necessary measures to help reduce our greenhouse emissions, so that future warming is as limited as possible”

Researchers report in the journal Nature Communications that massive amounts of sediment released by the slumps have choked river valleys and changed the colour of 288 lakes. Once a thaw slump begins, soils once held stable by the frost can go on sliding or slipping.

Nobody can be sure of the impact on the natural ecosystems, but the island is home to arctic foxes, caribou, polar bears, wolves, musk oxen, arctic hare, lemmings, ermine, seal and even grizzly bears.

And, the scientists say, a small local Inuit population based on the island can confirm the ground truth of satellite records: ground slumps increasingly make it difficult to go hunting or fishing.

The study is hardly the first to suggest that global warming will change the high Arctic, but it may be the first to put firm estimates to the increasing scale of damage through time. The implication is that what happens on Banks Island could also happen at the same latitudes anywhere.

Climate scientists have been increasingly alarmed at the hazards of permafrost thaw, if only because locked in the frozen soils are millennia of plant remains, all of which could decay into methane and accelerate global warming to melt yet more permafrost and drive global average temperatures ever higher.

Geographers have already warned that what had once been hard ground beneath roads, buildings, factories, airfields and housing has already begun to slump, to devastate infrastructure and even threaten oil and gas piping.

“We cannot stop thousands of thaw slumps once they start,” said Antoni Lewkowicz of the University of Ottawa, who led the research. “We can only make changes in our own lives to reduce our carbon footprint and we can encourage our politicians to take the necessary measures to help reduce our greenhouse emissions, so that future warming is as limited as possible.” − Climate News Network