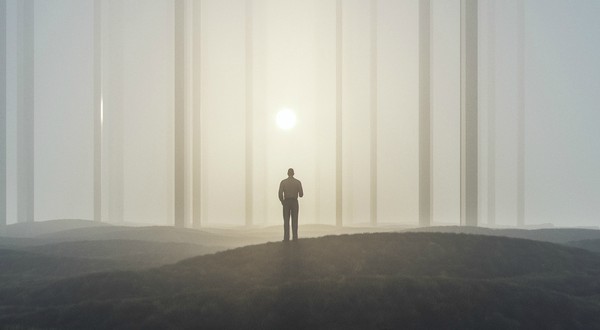 —
The presentation of Libra, the currency developed by Facebook, has left things reasonably clear about how it works, but it still leaves big questions regarding its future evolution, fundamentally due to the great liability in terms of reliability and trust that Facebook itself carries.

The white paper of presentation and the one destined to developers establish that Libra is a cryptocurrency based on blockchain , although it is far from sharing the philosophy of other cryptocurrencies such as bitcoin. In the first place, because it is presented as a stablecoin whose value is anchored to a basket of funds and deposits in central banks of high quality, which will limit – although it will not completely avoid – the fluctuation of its value. It completely lacks a monetary policy as such, which implies that the only thing that will regulate how many pounds are created and how many are destroyed will be the number of pounds that users keep in circulation.

Unlike bitcoin, the network on which the chain of blocks is based and the nodes that support and validate transactions will be private: operating one of those nodes will require a permit and an investment of ten million dollars, which prevents all parallelism with the ideal of decentralization of the most popular cryptocurrencies. Those nodes are part of the association that controls Libra, and get one vote each, compared to the two that Facebook has. According to Facebook, the ideal for the future is that the network ends up being public and decentralized, but for the moment, that is only a promise, and not established in terms of any reliable mechanism, but arbitrarily, when deemed appropriate .

On the positive side, to mention that the consensus algorithm will not be a work test system ( Proof of Work, or PoW) as in bitcoin, surely the most expensive kind of consensus algorithm ever created, but of participation test ( Proof of stake , or PoS), much more reasonable and efficient in terms of energy. Possibly, the developments that Libra carries out to try to evolve into a public system can contribute to improve what other cryptocurrencies like Ethereum can use in order to improve their transactional efficiency.

The incentive for Facebook is in the operation of the purse of pounds, called Calibra : at the moment when the circulation of the currency begins, the foreseeable thing is that the vast majority of its users come from the user base of Facebook itself, from Facebook Messenger or WhatsApp, tools that will integrate Calibra, and therefore, allow Facebook to monetize all the floating of those funds. The problem, as I mentioned earlier, is that this forces users to trust an actor, Facebook, which has proven not worthy of any kind of trust: for me, the guarantee that Facebook offers not to monetize the data generated by the transactions of users has a value no longer zero, but negative. So far, any promise from Facebook in this regard has proven to be a dead letter for a company that has monetized everything, including the information it promised contractually never to monetize.

I’m sorry, but I do not trust Facebook, and I doubt it’s the only one. Faced with a promise like “enable a simple global currency and a financial infrastructure that allows its use by billions of people”, it should be remembered that the original mission of Facebook was “to make the world more open and connected” until it was rewritten as ” give people the power to build a community and unite the world »… and we do not have to go far to see what it became.

The only reason why Facebook is in this is to try to capitalize on its huge user base. The partners that Facebook has attracted are in this only because Facebook has that user base, not because they trust it or because they like it: if they could participate in that project with any other company that offered them that number of users and that did not drag the huge passives that drag Facebook, surely they would. On the other hand, having other partners in the project does not prevent the misuse that Facebook can make of the information, as does not prevent the misuse of our information the fact that Facebook works with thousands of companies to manage their advertising. Over time, Facebook has managed to see as normal things that should never have been, and that companies that work on their platform see them as normal too. It’s the problem with Facebook: it not only has a pernicious philosophy, but also makes it contagious.

For that reason, to risk to make a trip with which it has proven to be the same demon is something dangerous, because it has a great tendency to drag you to the damned hell, that is where it is more comfortable. How long will it take to see the first scandal related to Libra, the first evidence that Facebook does use its information to characterize users, or the first theft of information related to their transactions? Need I remember how bad is the history and credit of Facebook in that regard?

I reaffirm my idea exposed a few days ago: Libra can be a good idea, something ambitious, a universal cryptocurrency is something that undoubtedly offers some interesting possibilities. But unfortunately, it is in the wrong hands. Will I try Libra? Of course, I try everything, that’s what an innovation professor is for. But will I trust in an adequate and responsible use of the information that it generates? No, I’m sorry, I can not. While Facebook is still there, never. For too long, Facebook has proven to be like the scorpion of the fable, which bites the frog that carried it across the river despite knowing that the two would die drowned, simply because “it was in their nature.” If you were able to create such a disaster with our personal data, what will you not be able to do with our economic transactions?

This post was previously published on www.enriquedans.com and is republished here under a Creative Commons license CC BY-ND 3.0.
—
Photo credit: Istockphoto.com