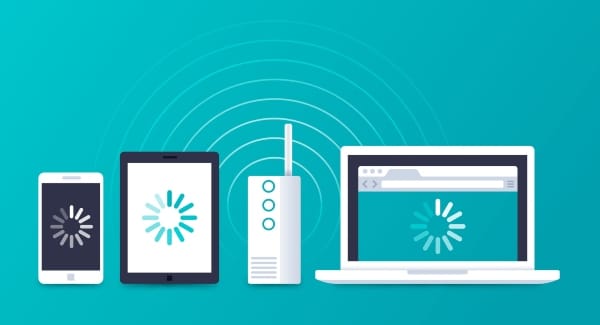 —
Today marks the one year anniversary that the repeal of net neutrality, led by Federal Communications Commission Chairman Ajit Pai, went into effect. We’re reflecting on what has happened in the past year, and urging the U.S. Senate to step up and pass the Save the Internet Act to restore strong net neutrality consumer protections and enshrined them in statute.

First, some history. Net neutrality is not a new concept. It is about making sure that consumers control what they can access online. For businesses that reach consumers over the internet, net neutrality is about ensuring content reaches those consumers. For almost 20 years, in both Democratic and Republican administrations, the FCC has used its power to protect an open internet through rules, policy principles, and enforcement actions. The term “net neutrality” was coined in 2002. In the mid-2000s, Republicans pushed forward with net neutrality policies at the FCC. Republican FCC Chairman Michael Powell outlined the four internet freedoms in 2004, and in 2005, Republican FCC Chairman Kevin Martin and a unanimous FCC adopted the Internet Policy Statement, defining net neutrality principles as FCC policy to protect the open internet. These actions underscored the fact that the idea of a non-discriminatory internet was conjoined with the birth of the internet.

The George W. Bush administration continued to enforce net neutrality rules under Chairman Martin, as did the Obama administration under Chairman Julius Genachowski. Broadband providers such as Comcast and Verizon challenged each of the government’s efforts to protect consumers. In 2015, after several trips to the U.S. Court of Appeals for the D.C. Circuit, Chairman Tom Wheeler’s FCC adopted the Open Internet Order, rooting the agency’s net neutrality rules in its longstanding, robust statutory authority over telecommunications services, and giving the FCC the ability to police harmful or discriminatory conduct by monopoly broadband providers. In 2016 and 2017, the D.C. Circuit Court of Appeals twice upheld the Wheeler FCC’s Open Internet Order. In December 2017, Chairman Ajit Pai’s FCC repealed the Open Internet Order, ignoring the opposition of millions of Americans and the overwhelming public support for net neutrality consumer protections.

In April of this year, the House passed the Save the Internet Act, which would reverse the repeal and codify the 2015 net neutrality rules in law. The Senate has introduced the same bill. The most common point of contention in the current round of debate over net neutrality centers on the legal authority the FCC has to police the broadband market. The 2015 Open Internet Order and the Save the Internet Act use legal authority in Title II of the Communications Act to ensure the FCC has oversight authority over broadband providers, and can step in to protect consumers if broadband providers engage in unjust, unreasonable, or discriminatory behavior. This authority also gives the FCC the necessary authority to ensure broadband providers take steps to make certain that networks are resilient and can withstand natural disasters, and that service can be restored quickly after outages. Under the Save the Internet Act, the agency would also have increased capabilities to remove barriers to deployment to speed build out of next-generation networks, like 5G, and help bridge the digital divide by addressing digital redlining, the challenges of deployment in rural areas, and access for persons with disabilities.

In addition to congressional action on net neutrality, the D.C. Circuit once again is weighing a legal challenge on the issue — this time to Chairman Pai’s elimination of the agency’s net neutrality protections, as well as his near-complete abdication of the agency’s oversight role over broadband providers. Multiple parties, including Public Knowledge, sued the FCC arguing that it did not have the authority to reclassify broadband as an information service and that the FCC violated the Administrative Procedure Act (APA). If February’s oral argument was any indication of the decision to come, we expect the Court to be deeply skeptical about the FCC’s justification for its decision to eliminate its net neutrality protections, as well as the agency’s compliance with the APA.

If the FCC loses in court, it is likely the 2015 Open Internet Order will be restored until Congress passes legislation or the FCC adopts new rules. In any case, the 2015 rules could again be short-lived. Therefore, it is essential that the Senate step up and pass the Save the Internet Act to codify popular and essential net neutrality protections.

The importance of restoring net neutrality protections is obvious for consumers. The American public wants certainty that after paying among the highest prices in the world for broadband service, they can actually access the content they want online, without the cable or telephone company blocking or slowing content, or cutting a deal with another content provider to prioritize services other than those the consumer wants to access. And consumers also want the FCC empowered to be the cop on the beat, prepared to step in if broadband providers attempt to engage in unjust, unreasonable, or discriminatory conduct.

Title II allows for consumers to access what they want online and innovators to build out their own technologies without asking permission from legacy Internet Service Providers (ISPs). Without these rules, there is nothing that will stop ISPs from standing between consumers and each website they try to access. Net neutrality is critical for so many reasons.

These concerns are more than hypothetical. History is full of examples of broadband providers violating net neutrality. Since last year’s repeal, providers have been slowly and quietly discriminating and throttling certain content. This trend will only grow over time. The House has acted. Now it is time for the Senate to do its job and pass legislation to codify consumer protections that an overwhelming majority of Americans support.

As this debate plays out, the public should take notice of whether their senators stand for a free and open internet, and for an FCC empowered to actually protect consumers, or with a handful of powerful cable and telephone companies who, while influential in Washington, are routinely the most despised companies in the U.S. The public should ask why broadband providers that claim to support net neutrality spent tens of millions of dollars lobbying to eliminate popular net neutrality protections, and why they have threatened to sue states that fill the current void by enacting their own laws. We must make sure that broadband providers are not free to pursue unjust, unreasonable, or discriminatory behavior, and that policymakers do not help giant cable and telephone companies at the expense of the public. On today’s one year anniversary of the repeal, we ask Congress to take action and save the internet.

A version of this post was previously published on Publicknowledge.org and is republished under a Creative Commons license.
—