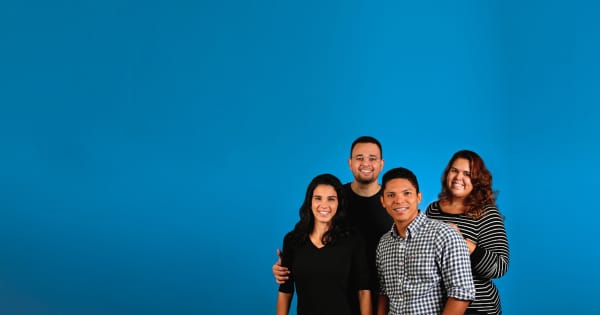 130. By Governments of countries of origin, transit and destination, regional and international organizations, as appropriate:

b. Take appropriate measures to address the root factors, including external factors, that encourage trafficking in women and girls for prostitution and other forms of commercialized sex, forced marriages and forced labour in order to eliminate trafficking in women, including by strengthening existing legislation with a view to providing better protection of the rights of women and girls and to punishing the perpetrators, through both criminal and civil measures;

c. Step up cooperation and concerted action by all relevant law enforcement authorities and institutions with a view to dismantling national, regional and international networks in trafficking;

The Beijing Declaration in this particular section deals with the significant rights violation of the trafficking of women and the assistance of victims of violence due to either prostitution or trafficking. As stipulated, it is about dealing with the governments where this is originating.

But it is also dealing with the issues of transit and the destinations, as in girls and women being trafficked from other countries into, for example, Canada for the extreme violence against women to be perpetrated.

Then there is the case of the larger-than-national organizations that can help deal with this problem. Ethics in any situation involving the relations between conscious beings remains a consistent fact of the world. As a subdiscipline in philosophy, it is an unavoidable context: when dealing with others, one or another ethic is operative. An inescapable quandary; either an act is good, bad, or neutral within the referent frame of the ethical system or operating moral framework at play in any given moment between conscious entities.

What ethics do you choose? Is it to optimize pain? Is it simply to self-define an ethical matrix and then ignore all others? Is it work towards some idealized platform of specific injunctions for thou shalts and thou shalt nots? Is it sourced from the heavenly realms bursting forth through the choirs of angelic voices singing life into the cosmos? Or is it simply coming from the mucky evolved cognitions of conscious, to varying degrees, beings? What about nihilism, or no ethical grounding or acting? That, too, is an ethic; it’s an ethic of inaction or a-consideration of others, or of oneself at times. Ethical and value questions remain instantiated in a universe with consciousnesses; universes arise. Some may have consciousnesses. Of those that do, those consciousnesses, inevitably, will be dealing with one another, whether artificial and constructed, natural and evolved, or otherwise. Cosmology and physics are inevitable; ethics, in a universe with conscious entities, is inevitable. One derives another.

The issue of trafficking is no less pertinent or important on this issue. The dealing with the root of problems is much easier if they are dealt with through identification and parsing of the “root factors.” This simply makes a problem ease to work through.

Some of the means by which to deal with the problem can be working with the frameworks already available to us. Those can help provide some protections of the rights of women and girls. In addition, the standard legislation in place, at least in those places that have it, can be a solid basis for the punishment of perpetrators of the extreme violence against women, whether by acts, by trafficking, and so on.

The criminal courts and civil society can be a good means to do it. The final stipulation deals with the law enforcement agencies and other forces working together to be able to deal a blow against the networks at the national, regional, and international levels to effectively combat sex trafficking of girls and women.

Because, at the end of the day, the one side is individual women being violated in a number of aforementioned ways; the other side of the collective networks needed for the criminals to commit their atrocious behaviors and crimes against women and girls.

(Updated 2018-11-10, only use the updated listing, please) One can find similar statements in other documents, conventions, declarations and so on, with the subsequent statements of equality or women’s rights:
—
Human Rights
Wednesdays 7 pm EST / 4 pm PST
Call-In Details: (701) 801-1220
Meeting ID: 934-317-242
Lead Page: https://goodmenproject.lpages.co/conscious-intersectionality/
Led by: Scott Douglas Jacobsen
To the socio-political Right, a disclaimer; to the socio-political Left, a trigger warning: the subject matter may be disturbing or triggering for some listeners, speakers, or call members. The statistics on international violence against women is disproportionately more than violence against men. In turn, there is violence against women committed by women against women but more often by men against women. It is the statistical difference, which is the basis for the international emphasis on violence against women in multiple spheres rather than localized differences. Wednesday morning, we will speak on violence against women for one hour or so.
—
Did you know you can join our Facebook groups and share your post where appropriate? (Please share only in the groups that make sense for your topic)Sex, Love, Etc.Political ActivismDisposability of Men / CTE Contact SportsEducation#StopRacismConscious Intersectionality#StopSexismMen’s Mental HealthParenting & Relational IntelligenceEnvironmental ActivismAnd….of course our The Good Men Project Writer’s Group.
—

Photo by Gustavo Alves on Unsplash

Facebook6Tweet1Pin5EmailShares12
wpDiscuz
Share this ArticleLike this article? Email it to a friend!
Email sent!