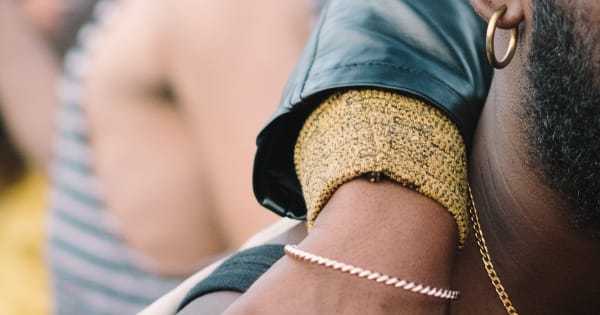 iv. Within the United Nations context, undertake to support efforts to coordinate a common response programme of assistance in de-mining without unnecessary discrimination;

If we’re looking at the continued context of the need to improve the lot of humanity, then the best bet, if speaking in a global context, will, on average, be the emphasis on the rights and privileges, responsibilities and burdens, of women and girls alongside ones held by men and boys with some inevitable differences between the two leading to different responsibilities and burdens.

Equality before the law and in human rights, except for a couple specified around, for example, motherhood (as a violation of this generally true principle), and then with a further focus on the ways in which the application of women’s rights ties to specific actions in the world by governments and the ways in which governmental actions create the basis for more integrated human rights within a society. It seems like a dual-step process for more rights for more people.

One of the issues with the anti-personnel land-mines is the ubiquitous use of them in some wars and then the national amnesia about their use. This is not forgotten by those who happen to live with them. UNICED estimates as many as 110,000,000 mines are lodged in the ground around the world. Not much the international order or the local communities can do alone; unless, they begin to worm together more, as they have been, to have an integrated response strategy to dislodge these anti-personnel land-mines.

As UNODA stated, “Anti-personnel landmines are prohibited under the Convention on the Prohibition of the Use, Stockpiling, Production and Transfer of Anti-Personnel Mines and on Their Destruction (or MineBan Convention), adopted in 1997.”

Human Rights Watch reports, “Antipersonnel landmines are weapons that cannot discriminate between a civilian or a soldier, and wind up killing and maiming civilians that step on them or pick them up long after a conflict. The 1997 Mine Ban Treaty comprehensively bans the use, production, stockpiling, and transfer of antipersonnel mines, and requires states to destroy their stockpiles and clear all mined areas as well as assist landmine survivors. A total of 164 states have joined the Mine Ban Treaty and are making progress in achieving a mine-free world.” This is a serious issue.

It requires serious responses and amounts to crimes of prior generations burdening those self-same generations and their descendants. This is one of the horrors of war. It makes one think, “When will it stop?” One of the moves towards this is the ban on this with enforceable treaties followed by the act of dislodging them. Problem, they’re lodged in the ground. A terribly difficult situation creating horrific post-war murders and maimings of children and women mostly.

The programme assistance for de-mining with an emphasis on “without unnecessary discrimination” is an important part of this. This part of the paragraph emphasizes support by the United Nations and then the work oriented around the state actors or governments.

(Updated 2019-08-21, only use the updated listing, please) Not all nations, organizations, societies, or individuals accepts the proposals of the United Nations; one can find similar statements in other documents, conventions, declarations and so on, with the subsequent statements of equality or women’s rights, and the important days and campaigns devoted to the rights of women and girls too:
—
Scott Douglas Jacobsen founded In-Sight: Independent Interview-Based Journal and In-Sight Publishing. He authored/co-authored some e-books, free or low-cost.
—
Did you know you can join our Facebook groups and share your post where appropriate? (Please share only in the groups that make sense for your topic)Sex, Love, Etc.Political ActivismDisposability of Men / CTE Contact SportsEducation#StopRacismConscious Intersectionality#StopSexismMen’s Mental HealthParenting & Relational IntelligenceEnvironmental ActivismAnd….of course our The Good Men Project Writer’s Group.
—

END_OF_DOCUMENT_TOKEN_TO_BE_REPLACED

Facebook1Tweet1Pin5EmailShares7
wpDiscuz
Share this ArticleLike this article? Email it to a friend!
Email sent!