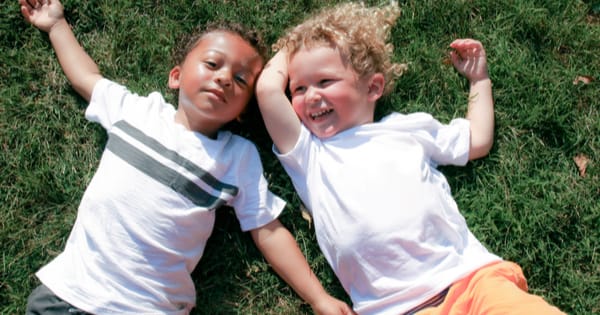 I am a traitor to my race. If the relative power and status of the white race were to slowly diminish in influence over time, such that whiteness eventually lost its advantaged position and vanished into meaninglessness, to be replaced with concepts and sources of identity that would facilitate better stewardship of the earth and more respect for the rights of all humans, then I would welcome this. To clarify, I am referring to the concept of the white race, not to individuals who now or at any time in the future identify themselves as “white.” In other words, I would welcome a world in which “whiteness” doesn’t matter, only humanity does.

If the survival of the notion of whiteness is based on the continual exploitation of others (any others, whether they be so-called nonwhite, or of any group different from one that I belong to), on oppression of its own (or subsets therein), on the increasing destruction of the environment, on the total demolition of value (e.g., truth, integrity, honesty, defense of the common good, commonsense, love broadly construed, recognition of the inherent humanity of others, and so on), then “whiteness” should be allowed to dissolve into oblivion, erode into nothingness, (d)evolve into nonexistence. I would be okay with the eventual loss of power and privilege associated with being white. Race itself could lose its social, political, and economic significance.

At a personal level, I don’t know all of what it means to be white or male or a US citizen. I need Others to tell me. Introspection is self-limiting.

I am blinded by my whiteness and am unable to see myself for who I am (not). As Mead and others have argued, I am defined by other people (even if I am invisible to Them). However, for them, too, I am but a construct, a form, a “not” that is unique in my categorical sameness. Nevertheless, as Sartre has said, my freedom makes me responsible for who I am.

I do not know the extent to which I have been advantaged, but it is clear that I have. This “extentness” cannot be unpacked because there is no separating what I have earned from what I have been given. Privilege is yet another question which must remain unanswered (yet not unacknowledged).

White has no intrinsic meaning, no import, no value. Whiteness has no nation, no culture, no essence. My whiteness is an accident of history and ought to be trivial. Yet it reverberates through the fabric of my being and my consciousness, seemingly without limit.

Desiring to be other than “white” is not an authentic wish. This me cannot be any other. Categorically speaking, such a desire is tantamount to wishing I were a god or dead—a self-undermining proposition, at best. Meaningless, to be sure. Similarly, it is impossible for the master to rue not being a slave (notwithstanding superficial claims to the contrary). A queen cannot feel remorse over not being a factory worker. We cannot meaningfully wish to be who we are not. The fact that I can entertain such questions is itself partially derivative from my privilege. A wealthy person is unable to wish to be poor, as it is already too late (there is no undoing). There are no other options. That train was missed, even before its conception.

Of course, the notion that “race” exists at all is easily undermined. There is no “white” race; I hope the concept of race itself eventually loses its meaning.  Since one cannot betray an absence, perhaps I am not a traitor at all.

END_OF_DOCUMENT_TOKEN_TO_BE_REPLACED

Facebook62TweetPin1EmailShares63
wpDiscuz
Share this ArticleLike this article? Email it to a friend!
Email sent!