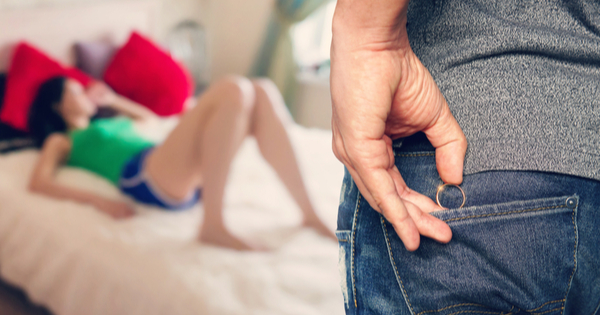 Just another day in paradise, right?

Last Friday evening, we had decided to order takeout from a local restaurant, something we have been doing every Friday during the #stayathome order as a way to help support local businesses in the area. As I was getting ready to leave home to pick up dinner, I rounded the corner into the living room and accidentally stepped on our new puppies’ foot (she came up from behind me and I simply did not see her). She was yelping, obviously both scared and sore, and my wife and daughter were both tending to her while giving me stares of death.

“You never pay attention to where you are going!!!”, “You need to be more careful!!” and maybe a few other choice words. I get it, they were worried about the pup and directing their emotions at me.

Well, it seemed like a good time to vacate the premises and go pick up the food, so I left them to tend to the puppy and made my way to the neighboring town for takeout, feeling nervous and concerned the whole time about the health of the puppy. I certainly did not mean to hurt her and maybe I should have been a bit more careful, I’m honestly just not used to having a small little puppy running around the house.

In any event, I arrived back home with the food about 40 minutes later.

Upon walking in the front door, I found my wife and daughter sitting on the couch with the dog now resting on cushions between them.

The puppy had calmed down, but the stern looks remained.

“You really need to be way more aware of your surroundings now!!” exclaimed my wife.

I’ll admit I was starting to feel very much under attack for what was an accident on my part and I can’t recall what I said back but it was done very much from a defensive posture, and tension continued to fill the room.

I was very much prepared for this upon arriving back home, so their reaction was not a surprise. I was just glad the puppy was OK, and I had not actually hurt her too badly.

What I was not prepared for was what came next…

Out of the blue, my wife turns to me and says, “Who have you been talking to every night at 11 pm? Your daughter tells me you have been sneaking down to the basement every night speaking to someone, I want to know who it is!!”

Holy Fuck!!! Where did this come from. Was I just caught red-handed?

Not sure what thoughts were racing through my head at that point other than ones of pure fear.

I quickly tried to change the subject by responding, “I’m not up at 11 pm each night, I have been going to bed around 10 or 10:15 and I like to hang out in the basement because it’s the only place in the house these days where I can find a little privacy.”

I’m not sure that under normal circumstances that explanation would have been “good enough” but then my daughter, sensing all the tension in the room, broke down in tears,

“Why does everybody hate everyone around here!!”

My heart just dropped at that point.

My youngest daughter is 13, overly sensitive and I think she knows that her mother and I do not have the most loving of relationships these days and she is just afraid that things will escalate out of control.

Well, that certainly changed the subject, and the question of whom I may or may not have been speaking with each night in the basement put on the shelf for now, but I can’t recall the last time my heart was beating out of my chest that much.

I really was not prepared to be confronted about my affair, at least not at that moment in time. This all took me back to a conversation that I had with my therapist a while back where during a remote session of therapy I was asked the question…

“Do you think maybe you want to get caught?”

I’ll admit that this question caught me off guard because it’s not something that I honestly had given much thought to. Between my therapist and a few of my closer online friends, I have gotten a lot of good advice or sometimes just things to ponder and this one definitely left me thinking quite a bit.

I mean, if you are involved in an affair isn’t the idea NOT to get caught? The whole nature of an affair is secrecy and betrayal supported by lies, lies and more lies. But maybe therein lies the problem.

Maybe, at the end of the day, I am simply a coward. Maybe the easiest thing to do would be to continue to drop breadcrumbs that lead her straight to the doorstep of my infidelity. Sure, she will hate me forever and this 30-year friendship will come crashing down all around me but I will have shifted the burden of ending the relationship back to her. My failure as a husband complete, because I didn’t have the balls to simply be honest about my feelings. I just couldn’t bring myself to say, sorry dear but I’ve fallen for another woman.

I am 50 years old, and I have NEVER ended any relationship that I have been in before, so when faced with having to end a 30-year relationship with this woman that I have loved all these years, how does one do that?

How do I tell this woman that just 2 months ago told me she wants to be together forever that my feelings have changed and she is no longer my forever person, that I love someone else?

How do I tell her that this life we have built together and all the sacrifices that she made along the way have been for nothing because I don’t wish to honor my vows any longer?

How do I face the pain in my youngest daughter’s face when I say I am no longer in love with her mother and want to share my life with someone else?

How do I choose, in the middle of a global fucking pandemic, to destroy the lives of my wife and daughters because I simply want to be with someone else?

Maybe I should hate myself and everything that I have become over these past 6 months.

Maybe I’m simply no different than anyone else caught in an affair.

Maybe I’m simply nothing more than a lying, cheating, selfish son of a bitch that’s willing to choose his own happiness over that of his family.

Maybe I should have heeded the warnings of Tara Blair Ball back in December when she warned me I was travelling down a dangerous path that would not have a happy ending.

Maybe I simply want to get caught and end this misery.

I'm a 50 year old married father of 3 sharing my experiences navigating through the maze of mid-life. Tacking issues about marriage, parenting, career, politics and social injustices in the world. My only guarantee with my writing is honesty. These thoughts and feelings are my own and often very personal but I share so that we can all learn from one another and pay it forward with our experiences and insights.