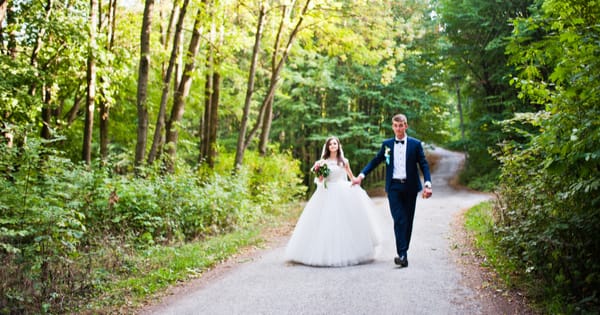 —
One of the saddest things I see is when a couple comes in and the husband is reeling because the wife is about to walk out the door. These men are waking up to the fact that all the years they spent at the office, involved in sports, or glued to the T.V. or computer have taken a toll on their marriages and their wives are tired of waiting to be recognized and appreciated. In fact, one gentleman acknowledged he had never told his wife he loved her until after going to therapy. This serves as a cautionary tale about the unforeseen consequences of our actions.

It is my experience that many couples start doing things in their relationship because they think they’re supposed to, regardless of whether it makes sense for them. Once started the pattern becomes very difficult to change.

For example, when my best friend got married she began making the meals. As a well-bred Southern girl, she was taught it was the wife’s job to do the cooking. The problem was she didn’t know how to cook, her mother had always done it, and her husband was a gourmet chef. She continued to make tuna noodle casserole and macaroni and cheese until her husband couldn’t stand it anymore and begged to take over the kitchen duties.

They have been married for over thirty years and this renegotiation probably deserves a majority of the credit. You see, my friend had fallen prey to the expectations of marriage instead of doing what made sense for her relationship. She believed if she didn’t adopt the appropriate role her marriage would not be right. In reality, if she hadn’t been willing to give up that particular task her marriage would have run aground.

The transition into marriage is the time to establish the rules, boundaries and traditions a couple wishes to live by. Unfortunately, it is also during this time that many assumptions are made. It is essential that both partners are clear about expectations of the other as well as what each is willing to do.

If you don’t mind doing yard work, then by all means go ahead. If, however, it is a chore you detest, don’t take it on thinking that one day your partner will have an epiphany about your true feelings and rescue you from a lifetime of self-imposed drudgery. The danger with this approach is your partner may never realize you don’t like doing what you offered to do and resentment builds.

The flipside to doing what you think is expected – even when you don’t want to – is not doing things you should. This is equally detrimental to the relationship.

I had a client who told me he shouldn’t have to do what his partner wanted because then she would win. This sets up the relationship as a competition and lays the groundwork for keeping score. If one person is winning the other person must be losing. This pattern results in one-upmanship and hurt feelings. These conditions leave the relationship vulnerable to needs not being met intentionally, affection being withheld, and intimacy used as weapon. The result is an unhealthy and unhappy relationship.

Experts agree that the best way to transition into marriage is to start out the way you want to continue. This means being clear about what you want your relationship to look like and how you are planning to make that relationship a reality. It requires being able to talk to and negotiate with your partner.

If you hedge on your feelings or count on changing your partner’s mind at a later date, you are asking for trouble. This doesn’t mean you can’t revisit things when circumstances change. But it is much easier to have that conversation if you have already established a history of acknowledged feelings and negotiations.

The world you set up is the one you are going to live in. Make sure it’s one that meets the needs not just of the relationship, but yours too.
—

This post was previously published on www.theherohusbandproject.com and is republished here with permission from the author.
—
Photo credit:shutterstock