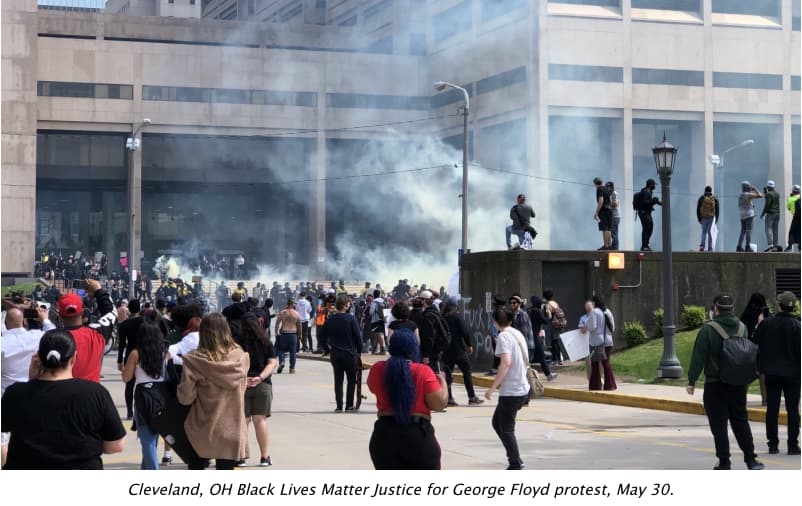 We all know many who deny the details of how Black people have been oppressed and murdered for centuries because they think the facts sound too outrageous and monstrous to be true. That speaks to the racism and the privilege that exists in America.

It has been time for each white person in America to begin unlearning everything we know, and teach white youth the truth about what happens and has been happening to Black people in our country. Until we stop hearing “all lives matter.”

We grow up with parents and teachers who tell us we can trust the police with our lives, while Black children are having extremely different conversations in their homes.

World maps pinned to the walls of our history classrooms hide the fact that the U.S., China, Japan, India and Eastern Europe together could fit inside the continent of Africa, because they were not made to appear that way.

We read about the Great Depression in textbooks eight years in a row in those same classrooms, instead of reading about and discussing the racial wage gap, the effects of redlining, modern-day slavery in our prisons and the names of Black inventors and scientists whose work was stolen by white men.

The textbooks our schools use are so whitewashed, they leave us thinking violence against Black people ended after Martin Luther King, Jr. was assassinated and the Fair Housing Act was signed in 1968.

We have the white privilege to continue to look away from the America we were not raised to know.

Speak out when Black people are portrayed in a way to convince others they deserve the treatment they receive in this country.

Speak out against your white family members who sit at your dinner table and make racist remarks they excuse as “jokes.” Stop letting these remarks pass as jokes by laughing or sitting in silence.

Speak out against those who think racial slurs are ok because they “would never say that in front of a Black person” or because they “have Black friends.”

Speak out against the racists who hate Black people until they play on their favorite sports team, design the clothes they wear, create their favorite music or anything else they can benefit from.

Speak out against your racist coworkers who accuse Black customers of stealing.

Speak out against those who change the conversation about Black people being murdered to that good cop they know. They are shifting the focus away from the murders of Black people once again.

Speak out against those who form an opinion before they listen to how a Black person feels and fears every day doing the things we don’t have to think twice about. Especially when opinions should not be involved in the justice for a human being who was murdered anyway.

I have seen white people change and begin educating themselves, but if you cannot change someone’s racism, you can stop allowing it with silence.

Teach your friends who are “shocked” by what they see, who need a video of a murder to believe in police brutality.

Give them books, podcasts and documentaries that will teach them the truth of the Black community, that there is far more that goes on that a camera does not catch for us to see. Make them realize the violence that is covered up by the police.

And if they still won’t see the truth, speak out against those who will try to refuse the America they know is a lie created by white people who documented oppression, violence and racism in a different light.

When we are not speaking up to the white people in our lives, we need to listen. Listen to understand the white privilege we have. Listen to learn how we can correct our speech and our behavior. Listen to how we can be active allies. When you begin to get defensive, take a step back and listen.

White people need to see that the racist rhetoric and behavior that goes on in their homes and during outings with friends is fueling the oppression and the violence against Black people across the country, and white people’s refusal to face it.

What we need to refuse is our passion for change dying with the media coverage as it always does, and keep it alive when we vote.

We need to unlearn and relearn the America we know.

I write and watch films from my New York City apartment. BS in journalism from Kent State University. IG: @honeylandpoetry

Facebook57TweetPinEmailShares57
wpDiscuz
0
0
Would love your thoughts, please comment.x
()
x
| Reply
Share this ArticleLike this article? Email it to a friend!
Email sent!