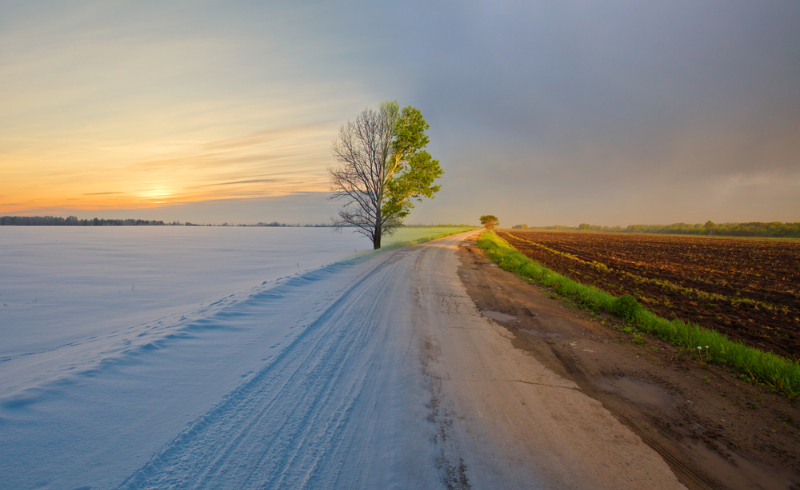 It’s snowing again. It has snowed heavily for a day or two, lightly for over a week. More snow. More cold.

Yet, it’s beautiful. White flakes fill the sky. When the wind speaks, the flakes whip around, the air itself excited.

How can we look at the snow and simply enjoy it, see only the white flakes, and see no other time but this? Back in November, the first snowfall was exciting. I couldn’t help but let my eyes delight in it. But now?

The snow and cold are what we mean by winter. Winter is not just a date on a calendar and time not just an abstraction. Dogen Zenji, a 13th century Japanese Zen teacher said, in reference to spring, “The time we call spring blossoms directly as an existence called flowers.” The time we call winter falls directly as an existence called snow. If we don’t like the cold, we can’t suddenly decide to love it, but we can love the fact that we can feel. Then, although we won’t suddenly warm up, rip off our winter clothes and run naked in the snow, we can be naked in our response and dress accordingly.

When we feel something we don’t like or that threatens us or is hurtful, we turn away. This is crucial to our survival. And when the threat is ongoing, we might want to turn away from anything or everything that reminds us of the danger. This can give us needed relief whether we’re facing immediate danger, trauma, or a malignant political administration.

But also crucial is noticing⎼ are we protecting ourselves from the threat, or from feeling the threat? Or from both? It’s awful to fear our fear so much we can’t see clearly what frightens us. We then don’t take the needed action. As much as we are able in each moment, we need to see clearly enough to act.

Even though it was cold and snowing, I shoveled the path from my house and then took a walk up our hill. It was tough going. My wife and I live on a fairly steep rural road. A neighbor, who I had gotten to know slightly since I started taking daily walks during the pandemic, was out shoveling. After greeting him, he said to me, “Where is global warming now?” I thought, at first, he said it as a joke, but then realized it was a barb. We had had discussions about the climate before.

He said natural events, like volcanic eruptions, magma and the clouds they cause are warming the earth, not humans. I replied that global warming did not mean there would no longer be snow or cold. It meant there has been a raise in average temperature all over the world and an increase in destructive weather events, all happening too fast for it to be explained by volcanoes or other non-human processes.

I realized he wasn’t really listening to me and, distressingly, I didn’t have all the facts at hand. So I tried what I thought was common sense. “Isn’t it logical that all the air pollution caused by human manufacturing, fossil fuel energy, etc. would cause problems? That the released gases like carbon dioxide would create a sort of hothouse effect over the earth? And that we bear most of the responsibility for this increase in global temperature?”

He didn’t seem to know or want to know anything about carbon dioxide. So we switched gears. I wished him a good day and continued on my walk, resolved to go online when I got home to update my knowledge of global warming.

Once home, I researched the impact of volcanoes on global warming. According to the U. S. Geological Survey (USGS) Volcano Hazards Program, volcanoes do have a negative effect on the climate, but a small and temporary one. The evidence is overwhelming that global warming is largely due to a greenhouse effect caused by human activity. Gases like methane and carbon dioxide released by fossil fuel plants and cars, for example, form a shield that reflects heat back to the earth. Volcanoes do emit carbon dioxide, but the USGS says “all studies to date of global volcanic carbon dioxide emissions indicate …volcanoes release less than one percent of the carbon dioxide released currently by human activities.” Volcanoes also release sulfur dioxide which can actually work to cool the earth by reflecting sunlight back into space.

It also turns out blaming global heat rise on volcanic activity is a mistaken but common tactic used by those who try to deny the overwhelming evidence of human-caused global warming. Deniers distort either the facts or the links between them, which is easier to do if we put reality at a distance and treat facts as mere abstractions.

I suddenly felt uncomfortable. Was my neighbor uninformed, misinformed, or deliberately committed to a destructive belief? Besides global warming, what else was he denying? The pandemic? Institutional racism? The holocaust? That President Biden won the election⎼ and fairly? I don’t know.

The reality we call global warming is not one snowstorm and not merely a theory but many snow, rain, and windstorms or the lack of such. It is the increasing drought we have been experiencing where I live in the Northeast. It is the increasing number of damaging weather events, forest fires in some places, and floods in others. It is something we can feel and see, if we allow ourselves to feel, look⎼ and do the research.

There had been neighbors in the past who were more clearly a threat than this one. At least he and I have a talking relationship. But one day years ago, a different neighbor, a boy of around 4 or 5, ran up to our car as my wife and I were driving to town. The boy signaled us to stop. When we did, he told us straight out that his father wanted to shoot us, shoot all the hippies on the hill.

The boy, as a teenager, later wound up at the school where I was teaching. At the high school graduation ceremony, his Dad came up to me. He said he had never thought his son would ever graduate. He thanked me⎼ even though I didn’t get the opportunity to work with his son very much. It was the only time we had a real conversation. After that, our interactions, few as they were, were at least not threatening.

But what we can’t do is pretend the hurt we inflict on other people, and the air, the seas, and the trees don’t hurt us, too⎼ or that the lies we tell ourselves don’t make us blind.

We can listen to how the earth sometimes cries in us. Just listen. So we hear when our actions flood streams, and our words arouse tree-breaking winds that only we can calm. It’s time we did so.