Is he the best? Maybe. But that doesn’t mean we have to like him.

For as long as I can remember, I’ve always been a Patriots-hater. Not for any reasons in particular up till recently, I think it just came with being in a family of life-long Eagles fans. I started loving sports when I was 7, and there was a lot of amazing players to behold. Emmit Smith, Troy Aikman, John Elway etc. Then the 2000’s saw rise to such players as Donovan McNabb, Drew Brees, Frank Gore, T.O., the Manning Brothers, and….unfortunately…..Tom Brady.

I can’t stand Tom Brady. I won’t say I hate him, but if I were a more passionate Football Fan who was more irresponsible with my words, I’d say I hate him. Actually…..yeah…yeah I hate him. I always thought it was a Patriots-hate thing, but as it turns out, its much more than that.

Not many people may remember the 1999-2000 Draft, but I do. That year the top drafted Quarterback was Chad Pennington at the number 18 pick. In fact, 5 QB’s were picked ahead of Brady, who ended up being the 199th pick in the SIXTH ROUND. He’s been hailed as the best evolved draft pick in the history of the NFL.

It leaves a bad taste in my mouth. Especially with how the College game has evolved in the past 15 years, a guy with the skill and stature to be the 199th pick, would be considered closer to the 299th pick today.

Talk about a league being blindsided by talent.

2) He plays for the Patriots:

We all need to come to an agreement here, the Patriots have become, lets be honest….the Yankees of Football. They don’t always go to the Super Bowl, but they’re always in the play-offs. They’re uniforms are so clean and balanced, it looks like they were put together by a high class clothing designer. They’re just so good, and have such a dynasty, that we’re sick of them. If he had gone to the Bengals, and gave THEM 3 Super Bowls, we all would have been a lot happier. His talent belongs to a down-to-earth team that deserves a few good seasons. Not a fancy-pants team from New England. Imagine of A-Rod played for the Indians!

3) The records he’s amassed is ridiculous when you think about it:

3 time Superbowl Champion
2 time Suberbowl MVP
10 time Pro-Bowl
He also shares the title of Associated Press Male Athlete of The Year with Joe Montana. I could go on, but if I do I might throw up a little in my mouth.

4.) He’s too pretty to play football:

Brady is the kind of looker that belongs as a partner at a law firm, or the owner of a club for hipsters. He belongs in slacks and a tee-shirt getting a martini at 10:00AM, before he goes to his Fraternity’s annual lunch where they sit around and laugh about how rich they are. He’s the type of looker who’s more fit to be captain of the Swim team, than the Football team.

Has he ever broken his nose EVER??? Doesn’t look like it.

He’s smart, talented, and lord knows he’s going to end up in one of two situations. He will either become a coach, or a talk show host (move over Strahan), and in that regard, he’ll be all over the place for the rest of his life.

I’m sick of him. His pretty boy, soft spoken, All-American, California bred face has been a staple of my generation for the past 15 years and we’re over it. Here’s hoping he goes out like Favre the LAST time he retired. Just grow a beard and pop up in a jean commercial twice a year.

When it comes down to it, I think the main reason ANYBODY has a problem with Ol’ Tommy Boy, is that he isn’t on their team. Lets face it, he’s an amazing athlete and all around human being. But with us fan’s and our tribal nature can’t stand him since he’s not on the team we’re rooting for. 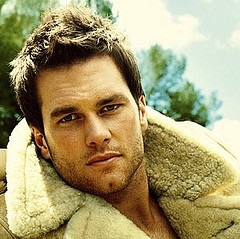 B.K. Mullen is a podcaster, blogger, SAHD and author of "The Fatherhood Chronicles" on Kindle. He contributes for The Good Men Project, Life of Dad, Happy Family, and The National At-Home Dad Network as well as his own sites Dad On The Mic and The Poppin' Bottles Dad-Cast.

I don’t hate Tom Brady. But like many powerful and successful people he’s willing to throw those he deems less than him under the bus to save his reputation. Not surprising, but hardly admirable.

#7 I lived in Seattle 20 years, and I think Richard Sherman is prettier, but everyone likes a different feel to their balls (just quoting Brady).

I have a #6 “To me those balls are perfect.” https://www.youtube.com/watch?v=ETizgacdvDg

I agree with you in principle, on all points, but if you think about it, The Cheaters, I mean Patriots, are the perfect team for Pretty Boy Brady. He would be out of place on any other team. Detesting the team is easier for him being there, and vice versa. The thought of never again being able to watch or hear about the NFL without listening to, about, or seeing Brady does indeed make me sick to my stomach.