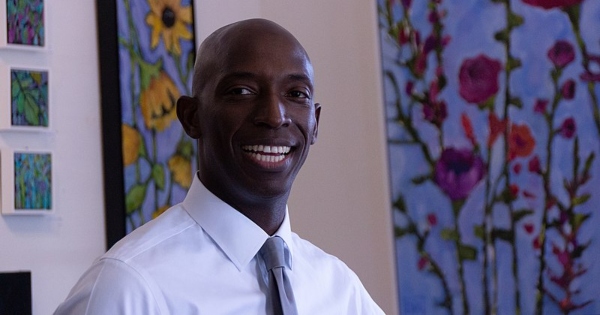 Wayne Messam is running for president. If you haven’t heard of him you have a lot of company. He doesn’t get a lot of ink. Which is unfortunate, his story is great.

He is a first generation American. His parents were Jamaican immigrants who worked in agriculture and food service. He grew up in Florida, got a scholarship to play football at Florida State and was a wide receiver on the 1993 national championship team. After college he started his own construction company, “Messam Construction has received numerous awards and one of the fastest growing minority Construction Management firms in Florida.” His company is LEED certified and specializes in sustainable construction. There is a lot to like about this guy.

He is a staunch advocate for gun control, which in Florida would almost be anathema. Since his parents were immigrants his views on that subject don’t need to be explained.

For the most part he lines up closer to the center of the party. He supports single payer insurance (though he stops short of calling for Medicare for all) reentering the Paris Accords (though he seems tepid about the New Green Deal), and tax reform (where he has taken a real stand about taxing the wealthy and large corporations).

In fairness Messam deserves more attention than he is getting. If you are interested you should let him, and NBC know, before he gets washed away in the flood of endless campaign ads from people with more money.

In a happy footnote Susan Collins, the self-proclaimed moderate who has backed Trump so often she might be aiming for an ambassadorship or cabinet position has a serious democratic challenger. If you have time you should go check it out. Numbers are everything and every site visitor counts. If you have a little extra coin that might help too, numbers are even more important when they represent money. Taking the senate is crucial to saving the country.