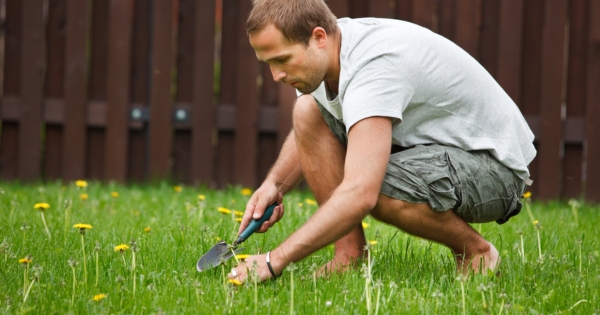 —
I woke up around 3 a.m. today with my brain roiling with everything that seems to be amiss in my life. Most people I know would view me as nearly unfailingly positive with a sweet disposition. I wear several hats personally and professionally.

I realized the source of my discomfort and did an exercise called ‘weeding the garden’. It is not the first time, nor will it be the last that I will get out the rake and hoe, the lawnmower and weedwhacker and have at it.

Sometimes even the Bliss Mistress (one of those aforementioned hats/personae) gets the blues, stuck and uncertain about which direction to go. I generally focus on gratitude, which I did first. I ran through all of the things for which I am grateful, but I also know that even the most exquisite garden has weeds that will choke out the flowers if it isn’t tended to. My next step was to have a ‘kvetch’ session during which I acknowledged all of the ‘it’s not fair, that sucks, how come….’ things aren’t the way I want them to be? It felt like a purge and release and wonder of wonders, I was able to go back to sleep for another four hours. WHEW!

They run the gamut from, “If I do all the ‘right things’ and am a ‘good girl’ who follows the rules,  how come I don’t get my way more of the time? to “If I’m so talented as a writer and speaker, then how come I am still muddling about in the middle and not at the top of my field?”

On the interpersonal realm, I kvetch about all the people with major dysfunction, who are high maintenance and self-serving, with what I call ‘center-of-the-universe-itis’ (not an official DSM-V diagnosis, but I think it should be) who have loving partners, while I am still a solo act/party of one. Admittedly, there are times when I feel relieved to be blissfully single. Such a paradox.

My go-to has been to focus more on the flowers than the weeds, but there are times when it serves me to clear out the garden and use the complaints as fertilizer to nourish the posies so that they grow tall and wide, with riotously beautiful vines, petals, and leaves.
—

Sign up for our Writing Prompts email to receive writing inspiration in your inbox twice per week.
—
Photo credit: Shutterstock