Get Daily Email
Join/Login CLOSE
Home / Featured Content / What Is Cognitive Dissonance Psychology and How Does It Impact Your Mood? 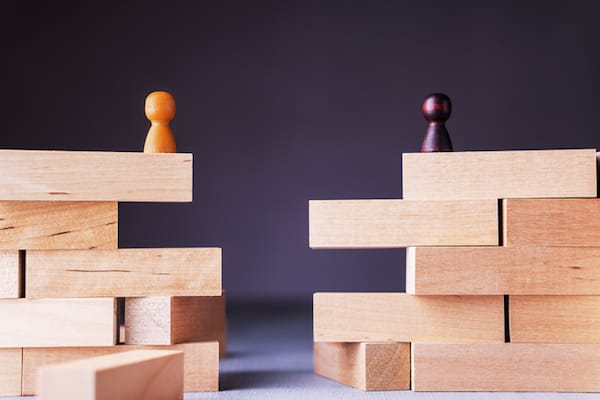 What is cognitive dissonance?

Cognitive dissonance psychology describes how we feel uncomfortable when our beliefs are opposite to how we behave. The contradiction of feeling one way and believing something else can be disorienting to people. We want structure and order, and cognitive dissonance makes that feel unattainable. Human beings want consistency in their lives, and that includes how they feel vs. how they act. Cognitive dissonance can make people feel a sense of discomfort because these two things contradict. Leon Festinger, a psychologist, came up with the theory of cognitive dissonance so that he could explain how people feel like they need their beliefs and behaviors to align with each other. When there’s a conflict between those things, it leads to a disharmonious sensation, and people don’t want to feel like things are in discord. Festinger wrote a book on cognitive dissonance called “A Theory of Cognitive Dissonance,” where he explains that “cognitive dissonance can be seen as an antecedent condition which leads to activity oriented toward dissonance reduction just as hunger leads toward activity oriented toward hunger-reduction.” In other words, people will do anything to alleviate the discomfort between their actions and beliefs.

There are factors that influence the degree that people experience cognitive dissonance. They may be personal factors such as world beliefs, beliefs about one’s self, or environmental conditions. When your thoughts and actions don’t align with your beliefs, it can make people feel extremely uncomfortable, which is why cognitive dissonance is often discussed in therapy. This dissonance can be part of someone’s drive to change behavior that isn’t serving them. For example, you subject yourself to negative thought patterns, beat yourself up, but believe that everyone deserves kindness and fair treatment; that’s an example of cognitive dissonance. You may experience discomfort about these thoughts and want to do something to change them because they do not align with your beliefs that no one deserves to be spoken to the way that you talk to yourself.

What cognitive dissonance impacts in our lives

Cognitive dissonance can have a significant impact on the following:

When people feel cognitive dissonance and feel like things are contradicting each other, they’ll sometimes stop wanting to learn information that’ll contradict their beliefs and make them uncomfortable. They might stop listening to their doctor, interacting with facts that make them uncomfortable or make excuses for behavior that is harming them. They will act in these ways so that they can continue using the harmful behavior (such as substance use or eating disorder behaviors) without feeling the discomfort of their belief system and actions clashing. For example, if someone self-harms but knows that it’s hurting them, they’ll avoid things that show the negative impact of this behavior. This is an example of someone trying to escape from the state of cognitive dissonance.

How to solve the issue of cognitive dissonance

One way to talk about cognitive dissonance is to discuss it with your therapist. Working with a mental health professional in online therapy can help you understand why you’re experiencing your symptoms and help you to diminish the disconnect between thoughts and beliefs. Whether you work with an online therapist or someone with your local area, it’s important to face the discomfort caused by cognitive dissonance and to work away from using behaviors that are harming you. An online therapist or local provider can help you through a variety of issues that you may be up against in a safe, supportive, and non-judgmental environment.

Facebook20Tweet1Pin1EmailShares22
wpDiscuz
0
0
Would love your thoughts, please comment.x
()
x
| Reply
Share this ArticleLike this article? Email it to a friend!
Email sent!