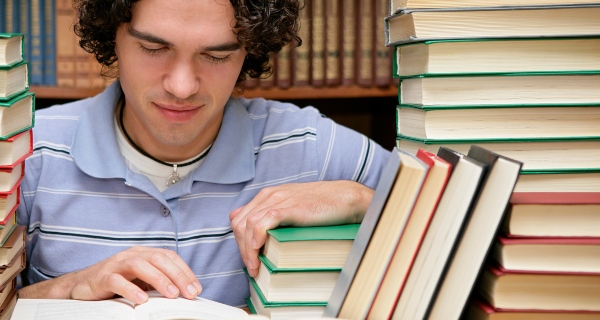 I write books about and run courses on Stoic philosophy. (I’m currently working on a graphic novel about Marcus Aurelius.) I also run a large discussion group for Stoic philosophy on Facebook. One of the most common things you have to deal with online is the phenomenon known as the Dunning-Kruger effect, a very common cognitive bias whereby people who lack competence in some field will tend to underestimate their own incompetence. Professor Dunning, for instance, said that the Dunning-Kruger effect “suggests that poor performers are not in a position to recognize the shortcomings in their performance.”

Where you encounter that in the classics is with people who have read very little on the subject assuming that they know everything there is to know. They don’t know how much they don’t know, precisely because they don’t know enough to realize. That used to take the form of people who have read one or two classics— usually The Meditations of Marcus Aurelius or Handbook of Epictetus — assuming that they’re experts and have nothing left to learn about the philosophy. Nowadays, surprisingly, you’ll find people who haven’t even read those books and whose only exposure to the subject is from a few blog articles, podcasts, or videos.

Now, it’s true that the ancient Stoics thought that too much study was potentially a vice, if it didn’t actually improve our character. Knowledge for its own sake isn’t a virtue in Stoicism. Scholars who argue over how many angels can dance on the head of a pin are simply wasting their time. Stoicism isn’t about reading endless books. However, neither is it about intellectual laziness. You can’t make a virtue out of ignorance when it comes to the most important things in life. Marcus Aurelius, for instance, although he tells himself to put his books away, was a voracious reader. He meant that he should cease wasting his time on irrelevant studies, stop arguing about what a good man should be, and just be one. That’s typical Stoicism. He didn’t mean that people should embrace ignorance, though, and rest on their laurels after only having scratched the surface of the subject.

The central principles of Stoicism are actually quite simple, as Epictetus says. For example, “to make correct use of our impressions”. But if people don’t understand what that means, as Epictetus also says, the explanation takes time and can become lengthy. When it comes to reading the Stoics there’s a lot that people can gain from further study, particularly reading modern texts. I’m not suggesting that people have to read my books. I’d be happy if they read more or less any modern commentaries, as long as they were trying to genuinely penetrate deeper into the real meaning and practical application of the ancient texts.

For example, I know that I would only have obtained half as much value from reading The Meditations of Marcus Aurelius if I hadn’t also read books like Pierre Hadot’s The Inner Citadel, which explain the philosophical presuppositions of Marcus’ Stoic philosophy, the historical context that give his remarks meaning, and the connotation of the Greek words and phrases he was using. People study The Meditations for decades. There are many different translations you can compare. You can study the original Greek, learn about the philosophical and historical context, and read the surviving Roman histories of Marcus’ reign, in order to learn more about his character and some of the people to whom he’s referring in the text, such as his main philosophical tutor Junius Rusticus.

In fact, I’d go as far as to say that it’s virtually impossible to fully understand texts like The Meditations and The Handbook of Epictetus unless you have at least a basic grasp of the principles of Stoic philosophy. None of the main surviving Stoic texts — containing the thought of Seneca, Epictetus, and Marcus Aurelius — were intended as systematic treatises on Stoic philosophy. They all take for granted that the reader will have some familiarity with the philosophy to which they’re referring, as well as to the historical events and other individuals mentioned.

The closest thing we have to a systematic presentation of Stoicism in an ancient text is the third chapter of Cicero’s De Finibus, in which Cato of Utica is portrayed discoursing at length on Stoic Ethics. However, that’s pretty limited in scope. The only way to really get a primer in Stoic philosophy is to read modern commentaries, such as Brad Inwood’s excellent Stoicism: A Very Short Introduction, John Sellars’ Lessons in Stoicism, or any number of other excellent books which are available to guide you. That way you’ll be more able to understand what Seneca, Epictetus, and Marcus Aurelius take for granted, and won’t run the risk of misinterpreting their philosophy.

And I don’t just mean at what some people like to call the “theoretical” level but in your daily practice of Stoicism. Individuals who haven’t properly acquainted themselves with the philosophy often get completely the wrong idea about what the Stoics are actually suggesting you do. They also don’t realize how many practical techniques the Stoics describe. In my first book on Stoicism, The Philosophy of Cognitive-Behavioural Therapy, I tried to give a comprehensive overview of the parallels between ancient Stoicism and modern evidence-based psychotherapy. I listed roughly eighteen distinct psychological strategies that can be found in the Stoic writings. Yet people who think they’ve exhausted everything the ancient texts have to teach them and have nothing more to learn can usually only describe one or two of those strategies, if you’re lucky. There’s a lot more to learn, in other words, not only about the theory that informs the practice but also about the practice itself.

Facebook167TweetPinEmailShares167
wpDiscuz
Share this ArticleLike this article? Email it to a friend!
Email sent!