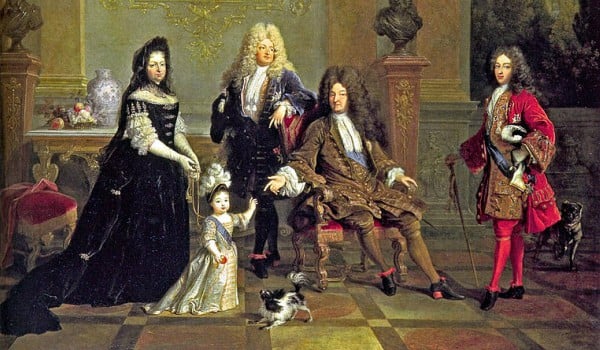 Maybe I should try smoking more cigars. Or maybe I could buy a few guns.

No. That’s a bad idea. Maybe I could buy a bottle of whiskey and drink it straight. That would surely do the trick.

Damn, I wish I could grow a decent beard.

You’re not always plagued by intrusive thoughts about your obvious lack of masculinity.

But then you’re around other men…

Ya know? The ones that put your own manliness to shame…

Then some guy — a real macho dude — eyes your date without even noticing that you’re the one holding her damn hand.

More confident. More handsome. More approachable. Funnier. And smoother with the ladies (or your lady).

Start by cutting the crap.

Why do men think growing a beard or building more muscle makes them more manly?

Why’s it manly to drink scotch on the rocks?

Or to shave with a straight razor?

Or to be un-emotional?

What makes the collective “man’s man” stereotype so… well, enticing?

Why do lumberjacks, cowboys, and rich (white) businessmen define manliness and, more importantly, why do you buy into it?

The answer is simple and boring.

It’s the same reason that some women wear make-up. Or wear push-up bras and high-heels.

In other words, the sense of manly satisfaction you get from smoking a cigar is akin to the feeling a woman gets when putting on red lipstick.

Point is, the 21st-century stereotype for “manliness” has been defined, shoved in a corner, and told to stay put (much like feminism).

And you ‘n I have suckled at the breast of popular wisdom for far too long — hundreds of years, actually.

Did you know that dudes used to wear high-heels without being laughed at? Actually, a king started the whole thing (King Louis XIV, see above).

Or how about that in ancient Greece, a small penis was desirable while a big penis was foolish and ugly?

Or that homosexuality and bisexuality were all the rage in Ancient Rome?

Well, let me start with what didn’t change: men.

The only thing that changed was our culture: the movies we watch, the advertisements we see, and the things we’re told as children.

And those influences didn’t change because of divine intervention by a masculine god that is progressing us ever closer to our cosmic mojo.

Our definition of manliness changed because time passed and time changes things.

But what does that mean for your gusto?

What does believing that manliness is relative do to your… well, manliness?

It makes you less of a wimp.

Why YOU can be “manlier” than your biggest-bearded friends

So how the hell’re you supposed to become more manly…

…if manliness is relative!

So shouldn’t you get a say in what defines “masculinity”?

And it isn’t fair to define who you are without first consulting… well, you!

And even if you are different than other men (shorter, fatter, uglier, louder, flamboyant-er, etc), the way that you act/look/think is masculine by definition…

…because you’re a man!

…that you’re going to intimidate other men without trying…

…that you’re going to be the pleasant spectacle of every party.

How do I know?

Because these confident men already exist, and you can’t help but stare.

The least manly thing you can do…

At the party, they’re like a magnet. They’re funny, interesting, confident. They strike curiosity into the mind of everyone around them.

At work, they perform better than you without even trying. They sell better, get more raises, and talk with co-workers like family.

They’re not everywhere, but they do exist.

And every time you see them, you can’t help but watch them with benign curiosity.

The answer is simple and a bit too touchy-feely for your taste.

They’ve accepted themselves for who they are, as they are — perceived flaws included.

And by so doing, they’ve found courage. They don’t need to prove anything to anyone. They don’t need to drink liquor straight or grow a big beard to become manly. They could be short, tall, fat, or skinny. It doesn’t much matter. What matters is their presence — their confidence and kindness.

What’s the least manly thing you can do? Change who you are to please other people.

Want to be manly?

You could try drinking whisky straight.

You could try buying more guns.

You could even try smoking a cigar.

Hell, you might even enjoy some of those things and feel manlier afterwards (I know I sometimes do).

But if that’s not who you are naturally, that feeling is fleeting. A mask. A facade.

Something you wear around friends, but take off around family. It’s not who you really are. And that’s why you’re still lacking confidence.

You see, the answer isn’t to try on more masculine stereotypes to see which fits, but to accept that who you are and what you choose to do is masculine by definition (if you believe you’re a man).

Once you accept that, you’ll be un-ignorable at the parties, girls will find you more attractive, your spouse will want more sex, and other guys will look at you, wondering, Why is he so much more confident than me?

You will have found your confidence. And nothing is more “manly” than confidence in who you are, as you are.

Previously Published on Get Your Gusto Back

World-traveler, father, husband, marketer, writer, and self-development nerd, Mike Blankenship is the owner of Get Your Gusto Back, a platform dedicated to helping men reignite their passion and fervor for life.

Facebook313Tweet4Pin1Email3Shares321
wpDiscuz
Share this ArticleLike this article? Email it to a friend!
Email sent!