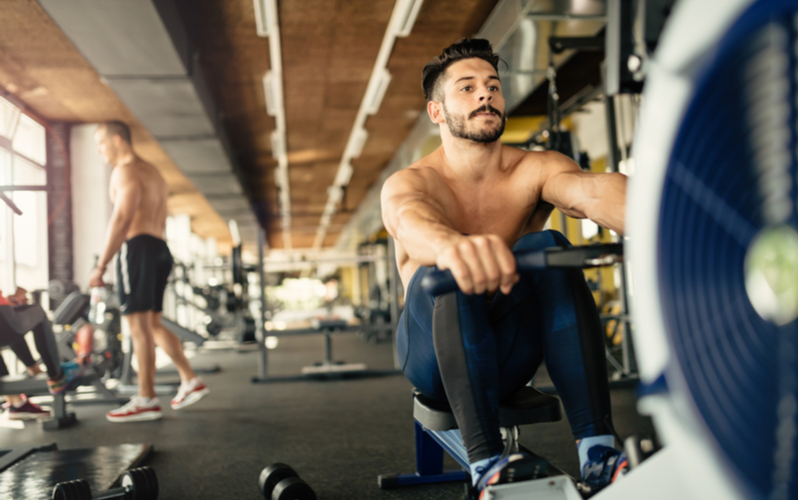 If you’re unsure about spraying cologne on yourself before working out you’re not alone. This issue is deeply personal for both men and those around them. People don’t like the mix of sweat and cologne. But are all fragrances the same when it comes to training?

Consider the type of place your workout out at

It’s relevant to consider the place where you train. Parkour fans might not offend anyone around them as they train in the open air. The same applies to runners who cover miles and miles of open space.

If you’re training indoors or simply playing a sport in an enclosed space, you might need to think twice about what cologne to wear and even if to wear one at all.

However, sweating during intense workouts is bound to happen. You can’t compare playing a low impact sport such as golf to running. Wearing cologne in these two sports can be perceived differently.

Is the gym the place to wear cologne?

When talking about workouts, most people think about the gym. But is it right for men to wear cologne at the gym? Many think cologne is offensive in an environment of sweatiness and out of breath people. However, even at the gym, not everybody is sweating.

The increasing number of isolation machines and bodybuilding-type workouts allow people not to sweat heavily at the gym.

But a true gentleman knows even the best cologne can be offensive even when worn on social occasions or at work. The same principles apply at the gym.

Is there more to fragrances at the gym than offending people?

But not all cologne is made the same. Projection can be very different from one product to another. However, there could be more to this discussion than offending people at the gym or not.

However, a study at St. George’s Hospital in London found that vanilla patches suppress cravings and they can aid weight loss efforts. Since there are so many vanilla-based colognes, it can be an atypical solution to control hunger feelings for those looking to lose weight.

The right type of cologne

Other scents in colognes can also be beneficial for active men. For example, peppermint is known for its invigorating effect. It can act as extra motivation for days when you might not feel like training.

Summer fragrances come with aquatic notes and many of them try to mimic body wash freshness. Of course, these colognes can’t mask a bad smell and excessive sweat. But they are made to be applied sparingly.

Some men prefer to apply cologne once to their chest or wrist even while working out. It’s a habit. However, those who sweat a lot tend to be into cardiovascular training such as cycling, running or exercising on an elliptical machine.

Men who don’t sweat as much can feel entitled to use cologne. There are some scents which work for this group of people. For example, lavender is known to come with a relaxing effect. Smelling lavender can improve relaxation and even decrease the heart rate. As a result, these men could sweat less.

The key points are that not every man should wear cologne while training. However, other men might feel they’re missing out not wearing any fragrance especially if abiding by low impact physical training.

In the end, every man should consider his impact while wearing cologne, especially while being active indoors. Cologne should not be seen as similar to deodorant and applying it sparingly is best even when wearing a fragrance at the gym.

This content is brought to you by Adrian Adrian.

I believe in always trying to be a better man from fitness to dressing.