”To give is to invest in the future.” — Chewa Proverb

The next Mayor of Philadelphia will be tasked with the unenviable responsibility of moving a city traumatized by, among other things, poverty, an out-of-control gun violence emergency, skyrocketing housing prices, and a dysfunctional public education system to embrace hope, peace, and prosperity.

“We desire to bequeath two things to Our Children – the first one is roots, the other one is wings”. – Sudanese Proverb

He received an electronic communication from the Denver Broncos informing him that they could not accept his higher bid as a definitive agreement had been reached with the Penner-Walton Group.

The street naming ceremony comes on the heels of the House Of Umoja, Inc’s successful launch in April 2022 of its UMOJA Youth Peace Corps, a component of the Fattah Peace Academy and the UMOJA INTENTIONAL COMMUNITY to help address and resolve the causative factors of Philadelphia’s gun violence emergency.

“A child that is not embraced by the village will burn it down to feel its warmth.” – African Proverb

“Spring is synonymous with rebirth, rejuvenation, regrowth, resurrection and renewal.”

The Gun Violence Cease Fire is the brainchild of Mr. Caison and serves as the vehicle for creating the new reality of peace for Philadelphia he envisions.

“The House of Umoja, Inc. supports Mr. Caison’s proposals that he designed to help move our city toward peace.”

Fifty years ago, in 1971, the city of Philadelphia was traumatized by violence fueled by bloody and deadly gang warfare that played out on neighborhood streets in schoolyards.

Injustice anywhere is a threat to justice everywhere. We are caught in an inescapable network of mutuality, tied in a single garment of destiny. Whatever affects one directly, affects all indirectly.”

My cohort has been put on quarantine. 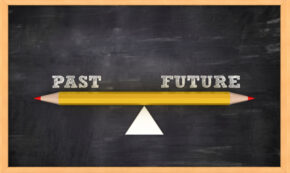 “The key to the future is knowledge of your past.” – African Proverb