Mickey Dubrow has been an award winning television promotions writer/producer for major cable networks for over twenty years. His essays have appeared in Creative Loafing, The Atlanta Jewish Times, Prime Number Magazine, and McSweeney’s Internet Tendency. Under the pen name, Allan Kemp, he is the author of the Black Phoenix urban fantasy series. 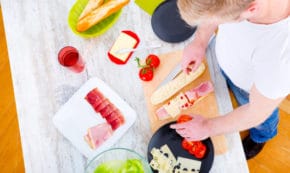 A man can feed himself.

Women take on wrestling in the series G.L.O.W. – and don’t expect it to be any less exciting than men’s wrestling.

“We think it’s best if you only dated Jewish girls.” Um Really?