Dennis Kiley and Rob Schene help men to embrace their Wild Man, the man who is compassionate and courageous, fierce and gentle, passionate and powerful.

A cry filled the air of the dark October night, piercing the warmth of the fire with a chill much colder than the recent evenings at 8,000 feet. The scream didn’t quite seem of this world: it was part human, animal and mystery. Something was unleashing a voice of longing and letting go, anger and grief, shame and sadness. The tingling it sent through our bodies lasted far longer than the cry ringing through the clear, starry night.

Here we were in the Inyo National Forest, camping in an alpine meadow surrounded by woods, northeast of Yosemite. We were leading a ten-day Men’s Vision Quest. Only two days into the experience, well before the four day solo, we were already pushing the men to their edges. Between ritual, reflection, and group work, we were encouraging these men to look at their blind spots and shadow. Though so many of us often seem to have our act together with jobs, relationships and hobbies, we also have things that prohibit us from living our fullest lives as our fullest selves. Our Vision Quest was about empowering men to unpack all the behaviors, beliefs and emotions that had been stored away, rarely to be looked at, but frequently affecting their lives. To get the most from ourselves and life, we must look at the baggage and shadow we all carry.

We had embarked on this quest with excitement and anxious anticipation. As the guides, we had an idea of what to expect but there is always uncertainty. In addition to deep emotional work and the physicality of ten days in nature, there is also the possibility of being visited by animals, forest fires, and wild dreams. Out on Quest, one simply never knows what to expect. Fear and aliveness are always just around the corner.

The night we heard the piercing cry, we had been staring into the dancing flames of a fire which invited us to step into the heat of truth, intimacy and depth. That evening we gathered around the fire to talk openly about our stories,  identities and what we were needing. We ended up talking about the things the men had been carrying in their lives, things of both benefit and burden. Some were still holding onto remnants of divorce, questions about career, concerns about their relationships with partners and family members. We also spoke of death, a topic that struck a poignant chord with many; the deaths of loved ones, but also grief over what was no longer serving people, whether it be relationships, behaviors, beliefs, or defenses.

Death is literal as well as symbolic during Vision Quest; it speaks of endings and transitions, of trust and letting go, and it can evoke a tremendous amount of fear. Additionally, these men were facing a coming challenge related to death: they were to spend four days alone in the woods with only water, in hopes of letting something die away so as to make space for something new in their life. They didn’t know what was about to show up, and this uncertainty can be deeply unsettling for men, who are accustomed to answers, control and power.

Us facilitators had a deep respect for the men on this retreat who were showing up earnestly to do their work. It’s not easy; inner work brings up fear and discomfort, doubt and shame, resistance and shutting down. And yet, the men thus far were committed to proceeding towards healing and growth. They were courageously showing up for themselves and each other. However, we continued to challenge them, knowing that for real change to take place, old patterns and habits must break. By cracking the conditioning and changing our patterns, the Wild Man can come out, the Wild Man who enables us to break open, down and be free.

To live their fullest self and life, it is vitally necessary for men to free themselves from the conditioning that has been imposed on them from birth. Phrases constantly surround us like “man up”, “be tough”,  “get some balls”, “don’t be a pussy” – these messages do so much damage to one’s masculinity and sense of self. Men today, through many factors, have limited and restricted views on masculinity. As opposed to embracing their wholeness – the many interests, feelings, thoughts and parts of their personality – many guys feel pigeonholed into shallow constructs and containers for how to live in the world. Real men’s work is about facing all that limits and constricts us, so that we may free ourselves to live wholly and authentically. Unleashing the Wild Man is exactly this process.

Robert Bly speaks about the Wild Man in his re-telling of the age old story “Iron John”. He speaks about the Wild Hairy Man, or the “deep male” that exists within, which takes courage to approach and can be risky to embrace. Being in contact with the Wild Man requires a leap of faith into the depths of the psyche, asking one to accept the darkness, including nourishing the shadow. Bly says that we need to accept the possibility that one’s power or radiant energy lies within the deep masculine, not in the John Wayne style machismo nor in the feminine realm. He also speaks about the Wild Man being locked up in a cage in the middle reaches of the castle; this castle could be interpreted as capitalism, consumerism or religious ideology. In today’s society, men can too easily find themselves out of touch with their inner Wild Man, having locked him away somewhere within walls he isn’t aware of, was told he should build or has forgotten why he constructed them.

The voice that cried out on this cold October night was clearly this participant’s Wild Man. It was all that had been suppressed and avoided, bursting out to take up space. The Wild Man was outside of the castle walls and seemed to be breaking free of his cage. As guides, we sensed something big coming forward and walked out into the darkness of the meadow looking for this Wild Man. We didn’t know who or what sort of wildness would greet us when we found him; would it be anger, grief, sadness, longing, loneliness? How would we find him after all these years being pushed aside, caged up and told to be a good boy?

The Wild Man is full of soul and space; it comes from a place that runs deep, touching the mystical and mysterious of life. In the Wild Man is both timeless ecstasy and freedom, along with the pain and suffering of the world. There is a wholeness that embraces all of life, and is deeply connected to self and other. In the modern world, where the planning, caretaking, and protecting man gets prioritized over all else, now is when we need the wild and mystical man to step forward. The earth needs men to put down their swords of competition, isolation, fear, desperation, and defense. It’s time for men to wake up to something new. It’s time for men to embrace their Wild Man, the man who is compassionate and courageous, fierce and gentle, passionate and powerful.

We found the participant, amidst the darkness, both enlivened and deflated. Something primal had emerged from him, liberating some of his blockages but also sapping him of an energy that had weighed him down for years. The man proceeded to share the sad story of the death of his father, an experience that had impacted him deeply. This Vision Quest, that scream, were pivotal steps in his healing process, of letting himself feel all that he’d denied for years. It was the process of tuning into the wisdom of his Wild Man, of expressing all that had been held in. Though the particular needs and expressions of our respective Wild Man are different, there is a similar process and outcome we all experience. There is a facing and moving through the “goods” and “shoulds” of our lives, and a stepping into our wholeness, embracing the many parts of us that normally get shut off. That was what this participant had experienced. The doors and chains of his authenticity had been opened and released, and out came the aliveness and voice of his true self. As facilitators we cheered and celebrated this emergence.

Seeking out the Wild Man is akin to the myths and messages Joseph Campbell explores. One of Campbell’s many myths is a striking story of a man who goes out on a quest and is swallowed by a whale. The belly of the whale represents the deep unconscious wherein mystery and answers lie, that is if one can get themselves out and bring their wisdom with them. The men on Vision Quest undergo a similar journey, whereby they go out alone for 4 days and nights, allowing themselves to get swallowed into the belly of Mother Earth. Each man comes into contact with the deep psyche: his own, the collective, and the Wild Man. If he can make use of what he learns and bring it back to his community, he is embracing what Campbell calls “the Hero’s Journey”.

It is the work of men to take ownership of their inner Wild-erness and embrace their respective Hero’s Journey. The earth needs us to look deeply within, to touch into the unowned parts of ourselves: aggression, longing, and spirituality amongst other things. When our wildness is repressed or caged, it comes out unconsciously in forms that can do serious damage to our planet, one’s self and others. We see examples of this everywhere in the world today. Too often, instead of embracing the Wild Man, we try to control, conquer or make it predictable. Structure is an important aspect of growth and safety, but soulful living isn’t always about predictability. Of equal necessity is embracing the great mystery of the inner and outer world we inhabit.

If we disown or cage our true nature, we can end up disrespecting ourselves, others and the wild earth with which we are so intimately connected. Therefore, embracing our true nature and Wild Man is not only liberating and empowering for us personally, it is also our responsibility as men and planetary citizens.  It is the way in which we change ourselves and the world. Though not easy, looking into the depths and awakening the inner Wild Man is both our path forward and our hope for the future.

Both Rob and Dennis are excited to be offering an upcoming Vision Quest in October, 2015.  You can discover more information at: mensvisionquests.com

https://goodmenproject.com/wp-content/uploads/2015/08/Screen-shot-2015-08-08-at-12.47.43-PM.jpgRob is a Marriage and Family Therapist in private practice in San Francisco, CA. He is also a certified group therapist with years of experience facilitating men’s groups and men’s work. He co-facilitates vision quests each year, and has experience as a wilderness field guide in the mountains of Utah. He is passionate about exploring what it means to be an awake and alive man, and finds his aliveness journeying in relationships and in nature. For more info, go to robschene.com
Dennis Kiley lives amidst the beauty of Mount Desert Island, Maine. He is a counselor, yoga teacher, Men’s Group leader, organic garlic farmer and leader of Ecospychology programs. He co-facilitates visions quests, as well as other retreats and workshops ,all with the intention of helping people living as their true nature and Self. For more information, you can visit his website: denniskiley.com 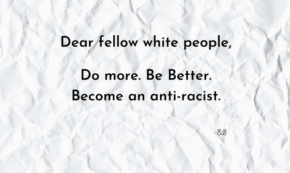 Facebook329TweetPin1EmailShares330
wpDiscuz
Share this ArticleLike this article? Email it to a friend!
Email sent!