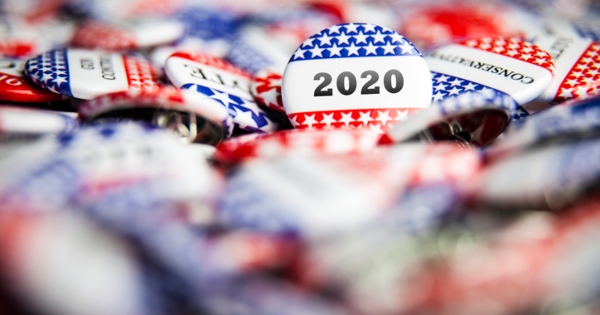 Big technology companies like Amazon, Facebook and Google aren’t the only ones facing huge political concerns about using citizen data: So is Congress. Reports by congressional researchers over the last decade describe an outdated communication system that is struggling to address an overwhelming rise in citizen contact.

Every day, thousands of people contact their senators and representatives. Their intentions – protesting or supporting a politician or legislative proposal, seeking assistance with the federal bureaucracy or expressing their opinions about current affairs – vary as widely as their means of communication, which include phones, written letters, emails, in-person meetings, town halls, faxes and social media messages.

The Congressional Management Foundation suggests that most congressional offices saw constituent contact double – or even increase eight-fold – from 2002 to 2010. Current staffers say the numbers have climbed even higher since then. Congressional staffers spend hours listening, reading, collecting and organizing all this information. All of it ends up going into databases in their offices.

As a scholar of technology use in Congress, I’ve interviewed more than 50 staffers in more than 40 congressional offices. I’ve observed that advancements in computer technology are changing how Congress handles citizen communication and uses the data collected from those conversations to represent citizens – for better and for worse.

No matter why or how people contact their elected officials, they all want one basic thing: They want someone to listen. But what actually happens is something different. As one staffer explained to me: “They want their voices to be heard, and it’s me entering their info into a database.”

When a constituent calls a congressional office, the staff member answering the phone collects personal information – the caller’s name, their address and why they’re calling. The address is important, because it can confirm the person is actually a resident of the congressional district. Congress has been logging this sort of data for decades, but the number of constituents seeking to contact their elected representatives has grown immensely and is overwhelming congressional systems.

For example, one democratic staffer told me that in 2017, as Republicans took up efforts to repeal the Affordable Care Act, often known as Obamacare, their office received 200 phone calls a day – with only one intern answering the phone. The only way to handle so many calls was to tally people’s views as “for” or “against” the current proposal. There was no time to track anything else. This is the new normal for Congress – which is understaffed and underprepared to substantively listen.

Focusing on numbers, not people

Too much attention to data can cause problems in a representative democracy. Each representative has an average of 710,000 constituents – so aggregating and tallying views of citizens can be an attractive solution. But each of those people has their own story. With staffers’ focus on collecting data, the emotional stories that drive citizens to speak up are often lost.

Imagine a caller contacting their member of Congress about the ACA who has an overall view of the bill, but also has a personal connection to one of its details – such as a college-age child who might lose coverage, or a preexisting medical condition.

More often than not, that caller’s opinion will end up labeled as either “for” or “against” the whole bill – not, for instance, “against” this part of it, but “for” that part of it. The problem isn’t that members of Congress and their staffs don’t care – they care quite a lot – it’s that they don’t have the capacity to truly listen.

By turning contact from citizens into data points, Congress reduces what it can learn about its constituents and what they want. But this contact is important. It is the single most consistent predictor of which constituents policymakers pay attention to in their district – putting issues on the radar for the future. Data changes those perceptions, by emphasizing the numbers as an efficient means of understanding.

The databases not only oversimplify constituents’ views – they leave out large groups of Americans.

More often than not, the people who contact their members of Congress are white, educated and wealthy. The database information is easy to analyze, so it’s tempting to assume it accurately represents wider public opinion. But it doesn’t.

There are also other major concerns. Many of these databases are designed based on business practices, making Congress treat citizens more like customers to satisfy than collaborators in policymaking.

This is causing staff roles to change from gatekeepers of citizen voices to underpaid database administrators and customer relations personnel. Staff spend hours, and sometime days, logging, organizing and tracking citizen information for the database. This is a huge amount of time and labor that could be better utilized elsewhere to understand constituent views.

As the practices of collecting and logging citizen contact continues to grow, Congress needs to think critically about what this data and these data collection practices are doing to representatives’ relationships with citizens. Citizens will have limited ability to influence policymakers without such critical conversations.

Changing how Congress uses and tracks citizen data needs to be connected to larger conversations about what it means for the government to listen to constituents and involve them in policymaking. This can drive innovative technology that promotes higher-quality forms of constituent engagement.

This article is republished from The Conversation under a Creative Commons license. Read the original article.
—

We are proud of our SOCIAL INTEREST GROUPS—WEEKLY PHONE CALLS to discuss, gain insights, build communities— and help solve some of the most difficult challenges the world has today. Calls are for Members Only (although you can join the first call for free). Not yet a member of The Good Men Project? Join below!RSVP for Intersectionality Calls—

ANNUAL PLATINUM membership ($50 per year) includes:1. AN ALL ACCESS PASS — Join ANY and ALL of our weekly calls, Social Interest Groups, classes, workshops, and private Facebook groups. We have at least one group phone call or online class every day of the week.2. See the website with no ads when logged in!3. MEMBER commenting badge.***ANNUAL GOLD membership ($25 per year) includes all the benefits above — but only ONE Weekly Social Interest Group and ONE class.***ANNUAL BRONZE membership ($12 per year) is great if you are not ready to join the full conversation but want to support our mission anyway. You’ll still get a BRONZE commenting badge, and you can pop into any of our weekly Friday Calls with the Publisher when you have time. This is for people who believe—like we do—that this conversation about men and changing roles and goodness in the 21st century is one of the most important conversations you can have today.