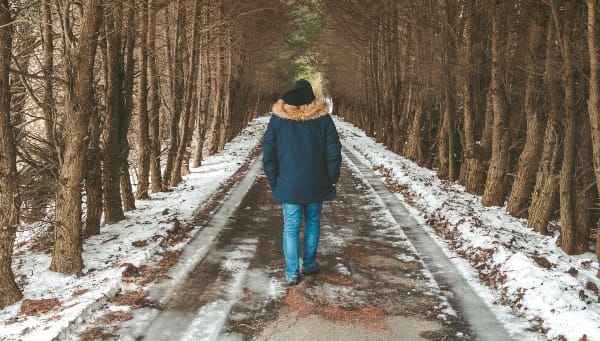 I grew up in the 1950’s – 60’s. FINALLY OUT resonated with me because I grew up in the insularity of a rural environment. I was ignorant of homosexuality also. I am now in my sixties and I feel lonely and in despair. After 30 years of marriage, I came out to my wife. I have struggled to find a good therapist who can understand what I’ve been going through.

Most of the gay literature focuses on the coming out process for young gay men and women. Are there any that describe the trials of coming out as an older man?

I am concerned about your “lonely despair.” Even at your age, it is possible to successfully get through this process of coming out. In my research, the oldest man I came across was in his nineties when he came out, and he was living with his gay lover when I met him. The most important thing for you to do today, however, isn’t to be seeking a lover, but finding friends, gay or straight, who accept you as you now have revealed yourself to your wife, but also, more importantly, to yourself.

These friends do not have to be gay friends, just friends who will accept you. Those people exist wherever you live. There are “open and affirming” churches, Parents and Friends of Lesbians and Gays (PFLAG), Prime Timers Worldwide chapters, SAGE chapters. It you live in a rural community, it may be more difficult, but the Internet can give you access to some of the available resources. But the Internet can be a trap, too, if you never come out from behind your computer. Use the internet as a resource to find things that are available to you.

The Gay and Lesbian Medical Association (GLMA) can find you a referral to a gay-supportive doctor, and the Association of Gay and Lesbian Psychiatrists (AGLP) has a referral directory for gay-supportive therapists. Some therapists are using the internet to do psychotherapy around coming out issues via Skype and other on-line communication networks; I have recently begun doing that, too.

You are right about not finding much in the way of fiction about older men coming out; that was the reason I wrote Finally Out. Although it is not fiction, I knew that in writing it I had to include stories about myself (with some discomfort) for readers to know I understand the conflicts. One of the challenges for the writer is finding a publisher and marketing the book to a largely invisible population.

When I was coming out, I was advised to read Advise and Consent, an old novel in which the gay character dies a tragic death. (I still don’t know why my therapist would want me to read it, except perhaps to warn me that he thought if I came out, life would not end happily for me. Now, forty years later, I have proven him wrong about that.)

Another book, also made into a movie, is A Single Man. Again, the gay figure is portrayed as a desperately unhappy man, and in much of the gay books and film, that is frequently the case for older gay men. Mississippi Sissy is one I would recommend about growing up gay in a mostly rural state. Farm Boys: Lives of Gay Men from the Rural Midwest is not a novel, but tells the stories of other men growing up in rural surroundings.

What you need, though, are images of older gay men who have successfully navigated this change in their lives, and fortunately, there are many of us out there. Unfortunately, our stories are not being told. It makes me think I should write another book.

If you don’t remember anything I’ve said to this point, what I want you to remember is that there is hope. You don’t need to feel as you do. I cannot diagnose or treat you but if you have several of the following, an antidepressant medication might be helpful:

But the most important thing for you to do is to challenge the stereotype in your head about what it means to be an older, gay man. That comes when you meet others who’ve shared your experience but are now living happy and healthy lives.

One suggestion that you might not have considered is massage therapy. I’m talking about moderate pressure, non-sexual massage with an emphasis on therapy. Touch is much stronger than verbal contact; touch is not only basic but essential. It can have significant impact on depression, anxiety, stress response, and even a positive effect on the immune system. It is particularly important for older people. Perhaps your psychotherapist can refer you to a good professional massage therapist.

I think the novels you want will be written. With tens of thousands of Boomers turning 65 each day, many of them are gay and will likely want to translate their life into fictional characters that are different from the social stereotypes of what it means to be old and gay.

After I spoke in Houston a few years ago, a gay man said, “I’m 82 and this is the best time in my life.” I’ve heard similar things from many others. Once we stop living our lives according to the expectations of others, there is a great freedom that we feel, the freedom to live our lives as we choose rather than how we were expected to live them.

This can be the best time in your life.

A version of this post was previously published on lorenaolson.com and is republished here with permission from the author.

Facebook90TweetPinEmailShares90
wpDiscuz
Share this ArticleLike this article? Email it to a friend!
Email sent!