The 2020 Electoral College Vote Had Better Not Be Close

In the 21st century, it is not supposed to be lawful to shoot a fleeing felon unless it’s a violent felony and, even in retreat, the felon is reasonably thought to be “armed and dangerous.” At common law, it was much simpler. Since the punishment for a felony — any felony — was death, killing the felon just cut out the middleman.

In our time and my jurisdiction, a reported felony creates a file with the police. If a suspect is arrested, a file is created with the sheriff, who runs the jail, and the magistrate who accepts the accusation, as well as with the District Attorney. If an indictment is returned, the District Clerk creates a file. A conviction means the probation office must open a file to do a presentence investigation and potentially the department of corrections will create a file that will eventually spawn a parole file.

If children are involved, if official corruption is involved — any number of ifs — can result in another file in another agency documenting one incident in one citizen’s life and intersecting with other files on other criminals, victims, investigations, crimes, and incidents in ways that can be collated and cross-referenced to formulate governmental policies of control.

Control is only for the outlaws, of course, and we must watch the outlaws to control them, but the cybernetic webs we are now capable of weaving trap the innocent with the guilty or, more precisely, render guilt irrelevant.

Each exertion of State power creates another datum, another bit of knowledge and, of necessity, a Kafkaesque breach between the known and the knower. Computers never forget unless so instructed, and seldom are they so instructed. This has led to the surreal experience I have had many times of opening a file in the presence of a citizen and “remembering” more of his history than he remembers. This surveillance is happening in a liberal democracy, not in some totalitarian dystopia,

Kafka’s name is eponymous for that feeling of falling through some existential void, of feeling there is some pattern behind apparent absurdity but knowing that trying to discover it would be a futile enterprise. Futility in the face of the absurd is what the powerful find salutary for the powerless, and accepting absurdity as normal is the ultimate submission to authority.

Mr. Putin approaches an adversary nation with the cockroach theory: he does not seek to carry it away, but rather to fall into it and mess it up.

Democratic practices may remain, but they are shadows of another time in a post-truth nation with a gaslighted electorate. Nobody is willing to heave and tug at the reins of power from inside an existential fog created for the purpose of rendering democracy powerless.

In such a circumstance, only a strongman can save us by showing us the way back to reality, by making America great again.

Napoleon had the Directory.

Hitler had the Weimar government.

Lenin had the Kerensky government.

Trump has the Democratic Party. Incapable of decisive action, mistaking dithering for deliberation, such weaklings can only demonstrate the need for a strongman.

Mr. Putin is aided by “Moscow Mitch” McConnell, who will not let legislation to harden our electoral targets get a senate vote. The American people do not appear to understand the truth behind the gaslights.

Mr. Putin does not seek to win an election, but rather to confuse the results enough that we can’t have any investment in those results and therefore in democracy. How do you keep order among people who have no investment in the legitimacy of government?

The United States Supreme Court paved the way back in 1972, when in Laird v. Tatum it refused to recognize in the constitutional right of privacy the right of innocent citizens to be free of governmental surveillance.

More precisely, the Supreme Court created an insurmountable barrier for any citizen ever asserting such a right, if it exists. The plaintiffs — victims of surveillance by the U.S. Army — argued that the mere existence of governmental surveillance had a chilling effect on their rights to freedom of association, speech, and the press, all guaranteed by the First Amendment. The Court found that the mere existence of the lawsuit rebutted the plaintiffs’ claims of a chilling effect on their constitutional rights; since the plaintiffs were not harmed, they had no standing to sue.

In Laird v. Tatum, the Supreme Court has created one of the great jurisprudential Catch-22s of all time: chilled citizens will not sue and citizens who are not chilled have no standing to sue. By demanding a more tangible harm than chilling effect, the Court has legalized governmental surveillance by taking away the means for declaring it to be illegal.

Justice William O. Douglas observed correctly in dissent that such a standing requirement “. . . would in practical effect immunize from judicial scrutiny all surveillance activities, regardless of their misuse and their deterrent effect.”

The possibilities of “misuse” or even “deterrent effect” are not really the point. These possibilities link the question of governmental surveillance to what an honest citizen would want to hide.

Our need for privacy, if it must be justified to the government, has no sanctity as a fundamental principle and little chance of recognition by executives, legislatures or courts.

Justice Douglas enjoined us all to remember “[S]ubmissiveness is not our heritage. The First Amendment was designed to allow rebellion to remain as our heritage. The Constitution was designed to keep the government off the backs of the people. The Bill of Rights was added to keep the precinct of belief and expression, of the press, of political and social activities free from surveillance. The Bill of Rights was designed to keep agents of government and official eavesdroppers away from assemblies of people. The aim was to allow men to be free and independent and to assert their rights against government.”

Other respectable views of the appropriate distribution of power between government and the people are common, which is why Justice Douglas expressed his in dissent. But the debate about surveillance is a debate about power, and a look at the evening news makes me wonder if Justice Douglas is spinning in his grave.

Submissiveness is not our heritage? 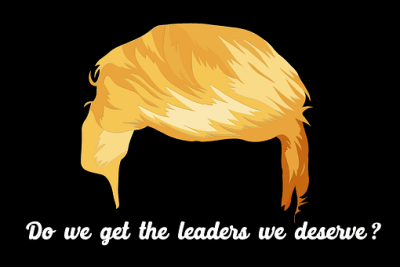 If we are not submitting, then I suppose we are endorsing the child abuse committed by the Trump government at our southern border. Maybe the great civil libertarian judge mistook us for Hong Kong. Or Puerto Rico. I hope not.

The weasel words coming from the House leadership make me wonder. “High crimes and misdemeanors” is a standard for impeachment that does not require proof of a crime, but the Mueller Report proved several.

The Mueller Report set out as clear a roadmap for impeachment as the Starr Report did for the impeachment of Bill Clinton.

Yes, the Republicans paid at the polls for impeaching a popular president for lying about a blow job.

Do we really think the voters can’t tell the difference between that and impeaching an unpopular president for accepting aid from a foreign adversary to get elected and then changing U.S. policy to suit that adversary?

The political high road is vacant — while Latin American children remain in cages without basic sanitation, adequate food, medical care, or the kind of beds we provide for our own children.

Mr. Trump has wiped out the leadership of the FBI and reshuffled military leadership to suit himself. He has the guns and the muscle and the surveillance state.

Thanks to Moscow Mitch, Mr. Putin has an excellent chance of obfuscating the results of the 2020 election. Putin and Trump need not win. Confusion is the objective in enough states to swing the Electoral College.

Moscow Mitch has facilitated Mr. Trump’s stacking of the federal judiciary. However, lawyers elevated to the Bench undergo a powerful socialization process that demands fidelity to the law before any other interests. That process affected me and I recognize that it is powerful and hope that it will affect Mr. Trump’s ringers. They know why they are there and that they have lifetime appointments, but I hold out hope that they have enough respect for those wearing the black robes now — ex-Democrats and ex-Republicans because justice has no political party — that they do not wish to be scorned as ringers, fake judges.

If democracy in the United States survives this existential threat, it will be saved by an independent judiciary and a free press and the good sense of the voters. All three are under assault by Twitter and I have no basis for speculating on the power of Twitter combined with the Russian bot armies on Facebook.

In most nations for most of history, controlling federal law enforcement and the military and the surveillance state would be enough to maintain power indefinitely.

American exceptionalism is about to be tested.

I recognize that my socialization as an American judge and my lifetime writing about politics from a stance often critical of the government make it utterly predictable that I would throw down with the judges and the newspapers.

I can only hope that, in doing so, I am also throwing down with the voters.