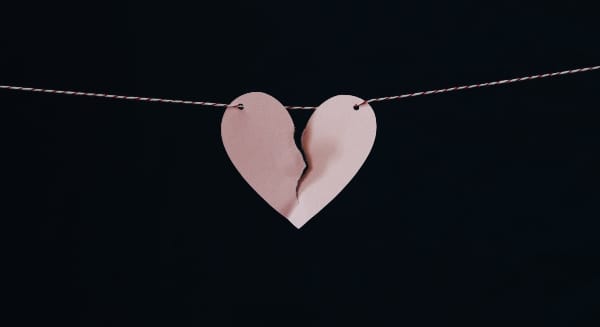 New divorce laws are on their way under plans announced by Justice Secretary David Gauke (New divorce laws planned.) The news that ‘no-fault’ divorces are to be introduced in England and Wales, replacing the existing – or, if you prefer, ‘archaic’ – laws, is making headlines this week. They represent a major change to the current laws, that insist on fault or blame being assigned to one or the other party.

For those of you that have not had the pleasure of going through a divorce, the existing laws state that the only way to obtain a divorce without the spouse’s agreement, is by proving there was either:

Without any of these ‘grounds for divorce’, the only way to be granted a divorce is to live apart for five years.

I speak as a bruised veteran of divorce (and the bruises have healed nicely, thank you very much). Do I welcome the changes? Hell yeah.

They think it’s all over…

Make no mistake, divorce is horrible. I don’t believe it is something that many people take lightly. Divorce wasn’t my choice, it wasn’t what I wanted. But that didn’t matter, because a marriage will only work if that is what both parties want.

And if the marriage is over for one party, no amount of screaming, pleading, resisting or obstructing is going to change that fact.

When it’s over, I’m from the ‘rip the plaster off’ school of thought. Get it sorted, get it done, feel the pain and move on.

Divorce takes a heavy emotional toll in and of itself, without the added stress of being administered through an adversarial legal process that forces us to assign fault and blame. Even with the best of intentions to keep things civilised, the process is harsh and takes its toll. This is compounded when either partner decides to obstruct the divorce process by refusing to grant the divorce.

Even when both parties agree to the divorce, as in my case, a legal system built on blame can lead, in many, many cases, only to acrimony.

As far as I’m concerned, the bottom line is this: not wanting to be married anymore is more than sufficient grounds for divorce. We live in a free society, and we should be free to spend our lives with the person that we want to spend our life with. Surely. Or to spend it on our own for that matter (and that can certainly seem preferable to post-divorce dating, but that’s a whole other subject…).

What about their partner’s opinion or feelings? Ultimately, they don’t matter either. Yes, of course they matter to the individuals concerned, but in a wider sense, and in a legal sense, it doesn’t matter. Nothing changes the simple fact – at that point, the marriage is over.

And without a change of heart or mind, nothing is going to change that.

I applaud the fact that the legal system is finally going to recognise this. It is a long-awaited and progressive step forward, and will save unnecessary heartache and expense for many.

I’d love to hear your thoughts on this issue, please comment below.

A version of this post was previously published on lovelaughtertruthblog.com and is republished here with permission from the author.