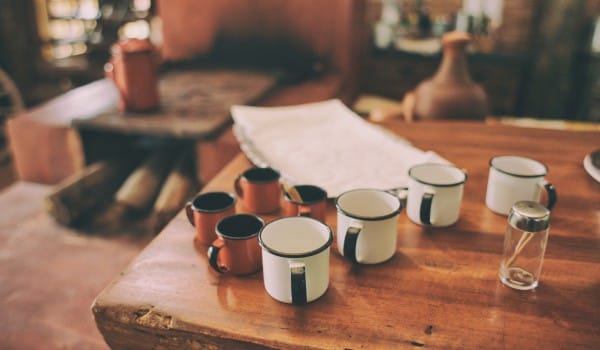 The thing I’m learning about Martin Luther’s spirituality is that it was earthy, raw, and steeped in the created world. Luther loved good beer, music, and having a laugh.

Yes, he was a tortured soul. Yes, he faced a ton of diversity and worked his face off to make the changes that the Spirit elected him to make. But his spirituality kept him grounded (no, not perfect — grounded).

I know of a lot of spiritual leaders and others in the helping professions who’ve grown so heavy-laden after years of sitting with the dying and bereaved, serving the poor, and tending to those living on the margins. It’s rugged work that wears on the human soul if one doesn’t keep things in perspective, I’m sure.

Whatever kind of work you do or life you lead, if you’re feeling a sense of heavy seriousness on your proverbial (or literal) shoulders, I want to offer you something this fine Adventide evening.

It’s a quote from Martin Luther that comes from a letter he wrote to a dear friend of his, Jerome Weller, in 1530. Weller tutored Luther’s kids for many years and was prone to fits of depression brought on by his scrupulous type-A conscience (must’ve been an Enneagram 1 like ole’ Luther). Luther wrote this letter to Jerome to console him in a particularly bad fit of depression.

Be strong and of good courage, and by all means throw aside these monstrous thoughts. Whenever the devil vexes you with these thoughts, seek the company of others, or drink more, joke more, make nonsense, or engage in some other form of merriment. Sometimes one must drink more, joke, make nonsense, and even commit some sin in defiance and contempt of the devil in order not to give him an opportunity to make us scrupulous about trifles.”

I love this quote so much. (By the way, I’m totally stealing his phrase, “make nonsense,” because it’s just that good.) Luther was so bold (sometimes to a fault).

Take Luther’s words to heart. The devil (yes, I say we need to start believing in the devil again) is coming after you because you’re a loving person* and he sees you as a threat.

Satan leaves the ones alone whom he’s already possessed. But he’s coming after you. Don’t fight him in solitude. This is what he wants. Get out of the house if you can. Phone a friend or four. Have a drink (be safe), joke, and — yes — MAKE NONSENSE!! Commit some sin in defiance of Satan’s efforts to trap you in the despair of isolation and the illusion of self-importance and sufficiency.

You’re not going to save the world. It’s not your job.

You’re not going to prove your self-worth to yourself or anyone else through the various things that the devil is making you think are important.

No one cares about your six-pack or how much money you make. Not as much as the Dark Lord wants you to think, at least.

There’s so much heaviness in the world. So many genuinely good people are so downtrodden and forlorn. God doesn’t want or need us to posture. God just wants us to receive God’s love. God loves it when we’re laughing over a drink or two with friends after the good, hard, thankless work we do.

And so, my friend, go make some nonsense. Embrace merriment even when it doesn’t make sense. Spit in Satan’s eye and raise a toast to the love that beats in your heart — a love that was placed there from the One much bigger than you.

*Luther says ‘Christian’ but I don’t think you have to go to church or fall in line with any brand of religiosity to be a Christian. My downstairs neighbors who claim to be atheists are better Christians than a lot of Christians I know of.

This post was previously published on Grace Incarnate and is republished here with permission from the author.
—