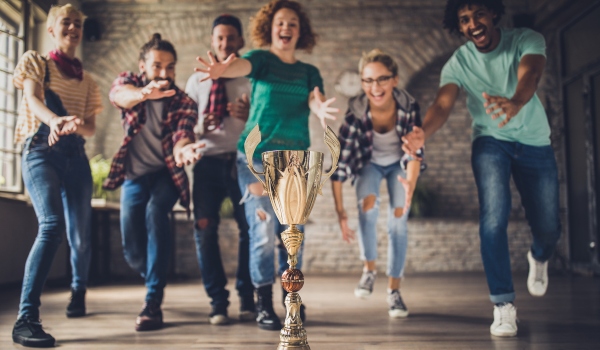 —
In Sunday morning Aikido practice, Sensei Bobby had us work on and refine our posture. No, not just any kind of posture: Standing tall and straight. We practiced our posture in the midst of the attack.

The attack came in the form of the strike to the head. As the nage, the one who throws, I used 5 different joint locks and iriminage (clothesline to head) to end the attack. The uke, the one attacking, also practiced applying the technique on him or herself. The training is for both uke and nage. There’s no one without the other. Like Yin and Yang.

Sensei told me to look into the distance, not focused on anything in particular. Don’t look at my opponent. Because the opponent really doesn’t matter. I’m applying the technique to myself.

O-Sensei Morihei Ueshiba said, “Opponents confront us continually, but actually there is no opponent there. Enter deeply into an attack and neutralize it as you draw that misdirected force into your own sphere.”

O-Sensei also said, “There are no contests in the Art of Peace. A true warrior is invincible because he or she contests with nothing. Defeat means to defeat the mind of contention that we harbor within.”

Years ago, Sensei Dan told me why Aikido training is so vexing: “There are no contests in Aikido.” I got that O-Sensei and Sensei were saying: No opponent. No contest. There’s only what there is to do. And perhaps, chill, too.

During bokken (wooden sword) training, Sensei Bobby told me when I strike with the bokken to relax my shoulders, relax my neck, and relax my body. I laughed, “So relax.” Sensei laughed too.

So if there is no opponent, no contest, only what there is to do: Then relax. Free myself up. Just be. Maybe, even have fun, regardless of circumstance. Though, I get there are limitations in this.

So what if life is not a contest? There are no ‘real’ opponents, but me. Then, I free myself to do what has to be done. That’s my freedom.

So there’s no contest, no opponent in my on-line dating journey. Relax. Wait it out. Give it my best effort. I’m hoping that dating is something like the “Art of Peace”. Yeah, a lot of women dismiss me for some reason or another. Yet, I still have fun sending out messages. “Lakers or Clippers in next year’s NBA Finals?” “What movies did you love last year?” “Like sushi?”

I love writing: be it for my next book or website posts. One of the things I look at is: What makes a Good Man? What makes a decent human being? In that too, if there’s no contest, no opponent, then the game becomes: Invent your own greater than version.

You really don’t care about other people’s versions. You apply the ‘technique on yourself’. The conversation becomes: What are you willing to give up to be your own greater than self?

END_OF_DOCUMENT_TOKEN_TO_BE_REPLACED

Facebook13Tweet3Pin2Email3Shares21
wpDiscuz
Share this ArticleLike this article? Email it to a friend!
Email sent!