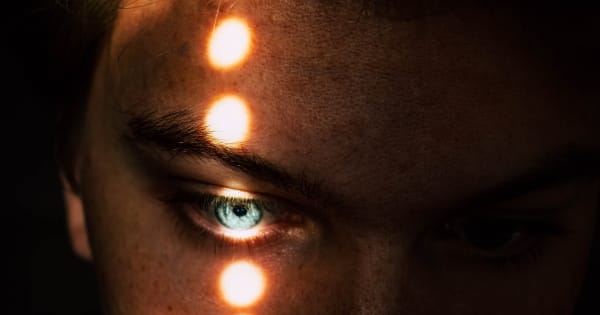 I have a prosthetic eye; I lost my left eye when I was a toddler.

I was recently given a copy of a new Young Adult book, “The Speed of Objects Falling,” by Nancy Richardson Fischer. The protagonist lost one of her eyes as a child, and the person who gave me the book wanted to know how accurate the portrayal was.

I was reminded, yet again, of why proper characterization matters. Book editors and movie producers are increasingly turning to sensitivity readers to review drafts looking for “cultural inaccuracies, representation issues, bias, stereotypes, or problematic language.”

There are ways to represent people with different abilities properly in fiction. Netflix responded to the criticism that Atypical star Keir Gilchrist is neurotypical himself by introducing a support group of five characters, all played by actors with autism.

Netflix also cast a child who uses a wheelchair to play Dion’s friend in “Raising Dion”; the fact that she’s in a wheelchair is barely mentioned except late in the (so far only) season, when she gets angry that Dion uses his superpowers to try to “fix” her, implying that she’s broken.

And an increasing number of films are featuring actors with Down syndrome, including this year’s “The Peanut Butter Falcon.”

These efforts appear to be getting accolades from disability activists. And I understand the challenges of working with people with different abilities and disabilities when making live action films, but there’s far less of an excuse when it comes to written materials: Have several people with that difference read it, then listen honestly to their response.

As a person who lost their eye as a toddler, I don’t have the specific experience of the character in the book. However, I do have a lifetime of noticing other people with one eye, and being told stories about friends and relatives. As soon as people realize I’m comfortable talking about my disability, it’s amazing how many of them know somebody else who is monocular.

Indeed, I’m aware of three monocular actors: Peter Falk, who like me lost his eye at a young age, and Sammy Davis, Jr. and Sandy Duncan, who lost vision in one of their eyes after their entertainment careers had been established.

In chapter two of “The Speed of Falling Objects,” there is a list of myths about people with one eye that simply aren’t true. We’re not exceedingly clumsy, we don’t have a dysfunctional lack of depth perception, and we don’t constantly move our heads around because we can’t see what’s happening around us. The narrator gets called a “pigeon” because she bobs her head so much.

Go watch an episode of Columbo. Does Peter Falk move his head around constantly? Is he clumsy? Does he bump into furniture?

Sandy Duncan (who kept her left eye but was blind in it) was most known for her role in Peter Pan, a live play that requires a lot of rapid movement over a complicated set. In an interview, she responded to a question about her depth perception on stage: “It’s a problem initially…. Once I get myself, you know, kind of going in a rehearsal situation, it’s almost like radar.”

And lest the response is that, well, of course, those are rehearsed pieces, Falk and Duncan simply memorize where everything is: consider video of a one-eyed Sammy Davis, Jr. learning new choreography side-by-side with another dancer, live on stage at the Apollo Theater.

What I notice, as a person with no left eye (like Davis), is that he does have a preference to have people to his right. In the final part of the clip I linked, the dancer to Davis’s left gives him more room; that may be a coincidence, or that may be out of respect to his personal preferences.

My point is, it’s not that difficult (especially these days) to find real footage of people with one eye living their lives. As Duncan said in her interview, she’s often “unaware of having a problem.” There’s simply no excuse for such an egregiously ill-informed passage like this, from “The Speed of Falling Objects”:

“A group of kids, including Nate and Lander, came up with their own dance. It was called ‘The Pigeon.’ They stood in a circle flapping their arms like wings and poked their heads left and right, imitating me. … Trix helped me get through whatever torture our gym teacher planned in junior high. We had verbal cues for when I should swing a bat, kick a ball, or leap over a hurdle. Sometimes it worked. Now I take bowling for gym.”

Here’s the reality: I’m a pretty good dancer, as amateurs go. Just last week, at an improv class, I did a double spin across a classroom and landed a few feet away from the students, who applauded. I can also throw and catch objects fairly well, to the point that students forget I have one eye.

I certainly don’t move my head around constantly, and never have. The ways in which my lack of a left eye directly affects my life are more subtle. I strongly prefer not to have people walk to my left. I have driven a car for 35 years without a collision, so my depth perception is fine. But when it comes to changing lanes to the left, I struggle more than other people do. Sometimes I’ll find that I’ve turned my head a little to the left so my working eye in the center. These are odd little details that people don’t generally even notice unless it’s pointed out to them.

Yes, I was awkward as a child, but there were so many other reasons for that that I’m not willing to attribute it to my eye. My inability to run over hurdles had nothing to do with depth perception; it had to do with me being clumsy, neurotic, and insecure. I can see them coming, I just can’t jump high enough.

The neurotic and insecure parts were not completely unrelated, by the way, to the number one impact, much bigger than anything else, that my condition has had on my life: The conviction by so many people around me that I need to be treated like I’ve got a disability.

I’m sure that people who lose functioning in one eye later in life take a longer time coping with the loss. I lost mine when I was just beginning to talk, and my father attributed that to my late start in talking (now people can’t shut me up). Would I love to have two working eyes? Sure. But I’d also love to have six-pack abs, and that’s something I could do something about and don’t.

If “The Speed of Falling Objects” were an isolated incident, I could just roll my eye and get on with my life. But the sad reality is, my entire life I’ve dealt with people making absurd, annoying assumptions about my disability. Again, there’s simply no excuse for it, especially not now that it’s so easy to research these things. And especially not now that there is an entire industry of sensitivity readers.

—
Photo by Matthias Oberholzer on Unsplash

END_OF_DOCUMENT_TOKEN_TO_BE_REPLACED

Facebook17Tweet1Pin1EmailShares19
wpDiscuz
Share this ArticleLike this article? Email it to a friend!
Email sent!