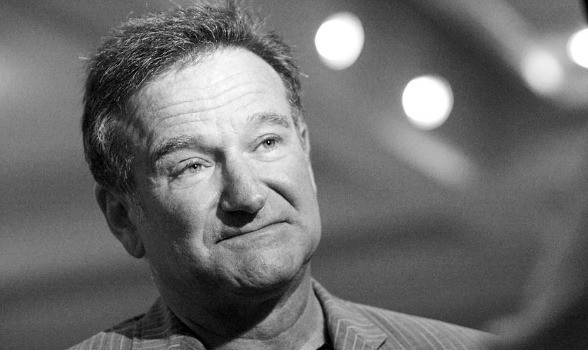 If you haven’t heard the news yet, beloved actor and comedian Robin Williams has sadly passed away, purportedly due to suicide. Like I’m sure yours was, my Facebook minifeed was filled with RIP statuses and heartfelt commiserations; this was touching to see, however, there was one Facebook status that alarmed me greatly.

“If Robin Williams, with all the money and resources he had at his disposal, wasn’t able to recover from depression, then what hope do I have?”

Even more alarming was how many other people had commented on the post saying, “I’ve been wondering that all day, too.”

So, I’m going to give you 4 suggestions that can help you recover from depression, even though Robin Williams sadly didn’t.

Seeking treatment for depression (or any other mental illness for that matter) is very different than seeking treatment for a broken arm, for example. When you have a broken arm, “getting better” doesn’t involve doing a whole lot more than turning up at the hospital and having an operation. Most people who’ve recovered from a severe depression will tell you that it’s a lot of hard work, requiring copious amounts of discipline, determination and self-analysis to understand what’s triggering your depression and then to learn how to manage those triggers so that they no longer trigger you. Even if Robin Williams was seeking help, was he putting in the hard work needed to recover? Perhaps. But perhaps not, also.

2) Commit yourself to your treatment.

There are a wide variety of treatment options available to someone with depression. Is it possible that even if Robin Williams was seeking help, he hadn’t managed to find a treatment that he responded to, yet? Is it possible that if he continued looking, he would’ve found one that worked? Yes, it’s definitely possible.

If one treatment doesn’t work, try another. Keep searching until you find one that does work for you.

3) Lay off the drugs and alcohol.

Recovery from depression can be significantly derailed by certain behaviours, such as drug and alcohol abuse. Was Robin Williams abusing drugs and alcohol? Again, I’m not sure. But statistics suggest that as many as one in three people who suffer from depression also have a substance abuse problem, so it’s possible.

4) You control your own destiny.

Here’s the last point that I want to make: if you suffer from depression, you may reach a point where you feel suicidal—and when you reach that point, you face a choice:

Do I end things here? Call it quits for good?

Or, do I push through my pain and do everything in my power to recover?

The choice is ALWAYS your choice to make. Many people, including Robin Williams, have chosen the former. But that doesn’t mean that if they chose to push through they wouldn’t have recovered.

How do I know that?

Because many people have also chosen the latter, and gone on to live happy, healthy, fulfilling lives.

I guess what I’m trying to say is this:

You control your own destiny.

Just because Robin Williams didn’t manage to recover, it absolutely does not mean that you also won’t.

If you enjoyed reading this post, I encourage you to download a FREE copy of my memoir here. Recounting my struggle and eventual triumph over depression, I wrote it so that sufferers of the illness could realise they are not alone – that there are other people out there who have gone through the same excruciating misery, and who have made it through to the other side. I also wrote it so that I could impart the lessons I learned on the long, rocky, winding road that eventually led to recovery – so that people could learn from my mistakes as well as my victories – particularly with regards to relationships; substance abuse; choosing a fulfilling career path; seeking professional help; and perhaps most importantly, having a healthy and positive attitude towards depression that enables recovery. Multiple-bestselling author Nick Bleszynski has described it as “beautifully written, powerful, heartfelt, insightful and inspiring … a testament to hope.”

Seeking help is a choice. Survival is a choice. You don’t need money or fame for that. Those very things contributed to his depression, along with drug use.

I don’t know details but from what I’ve learnt is that Robin W had loads of money which he had to give away to his wives and he was under pressure of paying his owning. He is said to take up roles that he did not wish to paly so it must have been an inside conflict inflicted by a situation which might have led to depression. So its not just the depression which he was supposed to treat but the situation he was involved in should have been resolved. I wonder what do his wives say about his death….

Facebook567TweetPin1EmailShares568
wpDiscuz
2
0
Would love your thoughts, please comment.x
()
x
| Reply
Share this ArticleLike this article? Email it to a friend!
Email sent!