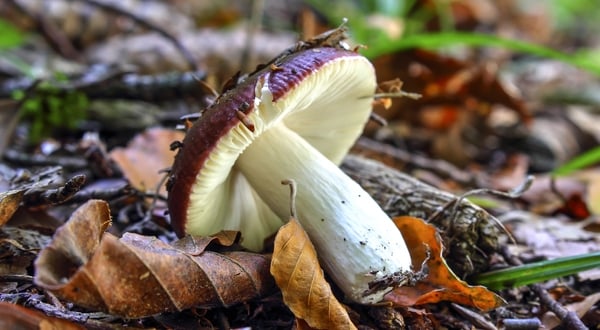 —
LONDON, 9 January, 2019 − High tech answers using satellites and sound recorders could contribute to solving the global information crisis. To check on progress towards world development and conservation goals, researchers could exploit the highest technology of all.

Satellite data and number-crunching computer analysis could identify the world’s poorest households, and those on the way to new hope. And subtle listening devices planted in primal rainforest and near human settlements could provide a low-cost, high-speed check on biodiversity loss and conservation efforts in the developing world.

“When we use space data with a socio-ecological insight, we capture the financial status and, in this way, also the development in an area much better”

Danish, British and US researchers report in the Proceedings of the National Academy of Sciences that if social scientists were to rely on traditional methods of research − house-to-house surveys and questionnaires of sample populations on an annual basis and so on − the cost could add up, over the lifetime of the programme, to $253 billion. This is almost twice what the world spent on global development assistance in 2013.

But satellite studies, already massed for other purposes, could hold most of the answers in fine detail already. “Based on high resolution satellite images, we can very precisely assess the poverty at household level in rural areas in developing countries,” said Jens-Christian Svenning, a bioscientist at Aarhus University in Denmark.

“The method that we have developed is designed to analyse the satellite images in a way that takes into account that people have access to and use different resources in the landscape at different levels,” he said.

“Some use the area just around their house, while others use the common areas of a village. When we use space data with a socio-ecological insight, we capture the financial status and, in this way, also the development in an area much better than we have previously been able to.”

There are 17 declared sustainable development goals that could, by 2030, make the world a better place for the people of the poorest countries, without loss of the wildlife around them and without adding to the profligate use of fossil fuels to deliver the energy to fuel potentially catastrophic global warming along with economic growth.

The Aarhus team has already tested their approach in rural western Kenya, to confirm that satellite data could account for 62% of the variation in household wealth: the size of buildings within one homestead, the amount of bare ground within it and the size of the agricultural land around it − and the length of the growing season − were enough to answer important questions.

And since the body of data available from satellite observation is continuously growing, this would offer a substitute for on-the-ground annual monitoring visits, which, they say, would be “prohibitively expensive.”

Within the same week, US and Australian scientists argue in the journal Science for a simple, bio-acoustics approach to ways of measuring and monitoring conservation efforts in the world’s tropical forests.

These could yield treasuries of information. Important ecological data could be recovered from what they call “soundscapes” of animal and human activity in the vast tracts of forest that provide a home for most of the world’s terrestrial species, while at the same time drawing down carbon dioxide from the atmosphere and turning it into timber to slow the seemingly-inexorable rise in greenhouse gas concentrations that has already lifted global average temperatures by 1°C, reachimg perhaps a devastating 3°C increase by the end of the century.

Satellite images can answer questions about the loss of forests on a wide scale. But these cannot easily identify other problems, among them overhunting, fires or invasion by exotic species. And field surveys are costly, time-consuming and possible only over small samples of forest. But sound-recorders linked to satellites, and suspended in choice areas of forest, and near areas of human exploitation, can pick up subtle signals of change.

They can measure animal sounds and birdsong from distances of several hundred metres. They can be turned on at required times or used continuously, and they can identify sounds of birds, mammals, insects and amphibians: to make the case, researchers already have a set of multi-year bio-acoustics registers of change in chosen test zones.

Plants make no such noises − but since all animals depend on vegetation in ways that are both general and specific, the sound of animal life would also be indirect evidence of the health and vigour of the green things around them.

And, if researchers could build a global organisation to host a platform available for such data, this could provide the basis not just for valuable ecological understanding, but for ways of monitoring human behaviour in the forests.

Big business has in many countries committed itself to economic activity without destroying any more forest, but checks on such promises are hard to make. Bio-acoustic monitors however could as easily tune into the sound of a tractor as to a toucan, to a chainsaw as to the chatter of monkeys, to the sound of a poacher’s gun as to the screech of a parrot.

“Companies are adopting zero deforestation commitments, but these policies do not always translate to protecting biodiversity due to hunting, habitat degradation, and sub-canopy fires,” said Rhett Butler, one of the authors, and founder of Mongabay.com.

“Bioacoustic monitoring could be used to augment satellites and other systems to monitor compliance with these commitments, support real-time action against prohibited activities like illegal logging and poaching, and potentially document habitat and species recovery.” − Climate News Network
—

This post was previously published on www.climatenewsnetwork.net and is republished here under a Creative Commons license CC BY-ND 4.0
—

Facebook8Tweet1Pin1EmailShares10
wpDiscuz
0
0
Would love your thoughts, please comment.x
()
x
| Reply
Share this ArticleLike this article? Email it to a friend!
Email sent!