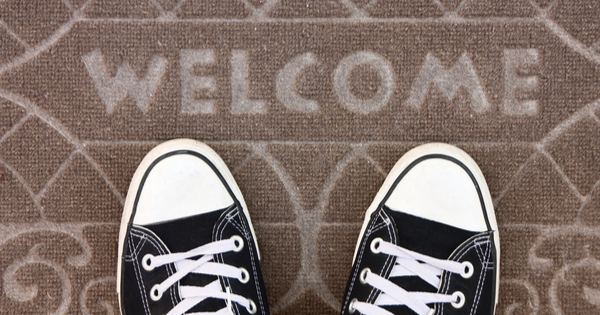 I’m an autistic, gay, white, and middle-class man, which means that North Shore suburban Chicago, where I grew up, was a site of both incredible privilege (via race, class, and gender, as I wrote about in this article) and many years where I was treated like garbage. I recognize now that I was very lucky to have grown up in Wilmette, Illinois, in a safe neighborhood with lush lawns and Volvos aplenty, but that doesn’t mean that what I went through coming of age there was easy.

At the time, I was much more antisocial by neurotypical standards—I talked at people in a monotone about my interests without engaging them in reciprocal conversation—and in addition to me being misunderstood daily, my music tastes guaranteed that I felt and was treated like I was from another planet.

Most of my earliest musical memories are of listening to 1960s folk music from my parents’ record collection, and later I dove headfirst into the worlds of oldies, classic rock, jazz, soul, and country music. I grew up absorbing and later challenging many a narrative about music history, initially memorizing the rankings on VH1 countdowns for greatest albums, artists, and so on, and later becoming brash enough to call into radio talk shows about music often in high school.

But with all that knowledge that built a loaded memory of facts, details, names, and dates, I was extremely lonely. I found out after high school that with the bullying that I got, people close to me—people whom I didn’t even tell what was going on at school and elsewhere—were medicating their pain through self-destructive, addictive behavior because they couldn’t take seeing me being treated like shit every day with no recourse.

When I got to college—a blessing in many ways—I gained my first real, close friends my age, dealing with depression and insecurities, abstaining from drugs and alcohol—no easy feat in the middle of Indiana—and working hard to get involved in my campus community. This all led up to a standing ovation from hundreds of people when I walked at graduation in May 2010. I was shocked that I, and my life, had come that far socially in four years. I still have trouble believing it.

After that ceremony, though, in the fall of 2010, I was both unlucky and very lucky to spend an extra semester at that school, as I had changed my major multiple times and had several requirements left. Out of many new students that I got to know that semester at that small college, one of the first was a preppy eighteen-year-old athlete from my hometown named Charlie Boyd. He had thrived at our town’s local public high school—where I probably would have died—but he wanted a more personal college experience.

We first met when I was his advisor aide for New Student Orientation, working with him and three other freshmen on picking classes for their first semester. I worked inordinately hard in that role, going to students’ dorm rooms as requested and enthusiastically giving advice about what I had learned in four years at that school. Charlie and I quickly became good friends, as we both loved music and had some experiences to share about our hometown. Charlie later called me “the human Shazam” after the app that can identify songs.

So, this background leads to a moment four years later that proved one of the most important in my life. I finished a very rough memoir draft earlier this year about the top 40 music moments in my life as an autistic person—like a radio countdown, with or without Casey Kasem—and of all the moments on that list, this one made #6. To put this ranking in perspective, interviewing punk legend Henry Rollins for my college newspaper did not make my list; getting published at PopMatters was #16; and, right behind this moment, #7 was the highlight of my childhood, when I conducted a school project studying heavy metal and hip hop under Greg Kot, then the rock critic for the Chicago Tribune.

This moment meant more. When I say that the most important moments, musical or otherwise, in my life are more about healing and socialization as an autistic person than about fame or notoriety, this moment exemplifies that concept far more than most moments that I will ever experience.

Four years after I met him, after he had graduated with a Biology degree and I was living in Chicago, Charlie invited me to a concert that summer at a church in our hometown. I was shocked, as having grown up there with no friends my age, I had never been to a social event there. And here I was at 25, living away from there, and he said that I was the first person that he thought of to invite to a music event.

I remembered moments when I had been bullied by music lovers my age, in and out of the Chicago suburbs, relentlessly berated for supposedly not feeling music, instead “only” knowing trivia. Socially, I got my first break in my hometown years after I’d moved away from it.

I generally dislike concerts with my autistic sensory issues with heavy lights and sound, especially if I go alone and feel socially isolated, but for this event, I finished a paper that was due that night for my first course as an official graduate student so that I could go.

That year, I was at perhaps my most antisocial because of a fifteen-month, medication-induced severe manic episode, so I very likely looked and smelled like crap and was talking way more than usual. But this concert was easily one of the highlights of that time—and of my life. It was like coming home to a home I had never had before, and I can’t tell you how healing that feeling was.

The show was a fundraiser for an organization called Snow City Arts, with a musician named Derrick Fawcett and his band. I do not remember what I thought of their music beyond that I liked it, but there was an especially great moment for me when the group covered the Band’s 1968 song, “The Weight,” which has long been my favorite classic rock anthem where no one quite understands what it means—even if you think you get the idea, I doubt anyone knows who the people in the song are or what they represent, as even critic Greil Marcus, who appears to find meaning in everything, has argued similarly.

And don’t get me wrong, I love Led Zeppelin’s “Stairway to Heaven,” Queen’s “Bohemian Rhapsody,” Nirvana’s “Smells Like Teen Spirit,” and Don McLean’s “American Pie,” but the combination of rock, soul, country, folk, and gospel elements makes “The Weight” appeal to me like nothing else that is lyrically confounding in the classic rock canon.

I sang along to Fawcett and his band playing one of my favorite songs ever, and I conversed with a couple of Charlie’s local friends about the Band’s version of this song with Chicago’s own gospel/soul group, the Staple Singers, from the 1978 Martin Scorsese documentary, The Last Waltz. The friends had no idea what I was talking about, but I didn’t care. It felt great to be social in a place where I’d never felt accepted.

After the concert, I walked over to Charlie and said, “You made my life better today.” For the first eighteen years of my life, in that town and elsewhere, I had been constantly belittled for my unusual passion for music. Now, at 25, I felt at home in my hometown, at a music event.

Later that day, I posted the following on one of Charlie’s social media pages:

That was awesome. Thank you for helping to heal a deep wound from growing up there. Now I can say I have lived one day being genuinely happy in that town, even if it was just a few hours, because how many friends do I have there that identify with Wilmette? One, and his name is Charlie Boyd. It used to be zero. One more reason I’m grateful to have you in my life. And even if my life has come a million miles from where it used to be, I don’t forget how it was for so long. This concert was so worth having to plan out my paper—that I will send you when it’s done—more carefully beforehand to make the trip. And if anyone thinks this is too weird for Facebook, I really don’t give a fuck because with what I’ve been through, I know that the smallest gesture can make the biggest difference. Thank you.

I meant every word.

That concert practically rendered obsolete every incident of misunderstanding and bullying that I’ve experienced around my love of music. Maybe I’ll go to another concert in Wilmette someday, but whatever happens, I know that there is a place for me in my hometown—and not just at the library. That first break was the only event of its kind that I’ve experienced there, but God knows I have rarely been so happy as I was that day. That moment was abundant, and it was beautiful.