Get Daily Email
Join/Login CLOSE
Home / Featured Content / The Stop Rule: When You Should Rethink a Decision 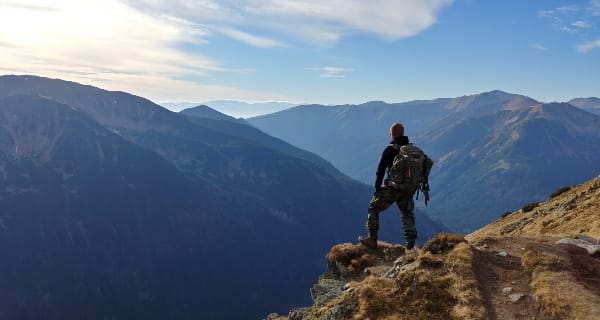 Choosing the best time to take any action can be challenging.

Every major decision involves a trade-off between accepting a “good enough” option prematurely and the danger of rejecting the best offer.

But making better choices doesn’t always have to mean choosing slowly. And tough decisions doesn’t have to be a massive drain on your time.

The Stop Rule is a universally applicable alternative to the often tortuous process of weighing up a situation and deciding which direction or choice to make.

It’s a cognitive tool for deciding whether to continue or stop an action on the basis of the present information, process and past events.

Here’s how Adam Alter, author of Irresistible describes it with television:

“It’s a rule that says at this point it’s time for me to stop. It breaks the reverie and makes you think of something else; it gets you outside of the space you’ve been in. The best thing to do is to use a declarative statement like, “I don’t watch more than two episodes of a show in a row, that’s just not who I am.”

The Stop Rule answered the eternal question asked by all investors: When should I sell?

Loeb’s investing strategy was his simple but powerful investing Stop Rule: “If an investment loses 10 percent of its initial value, sell it.” No questions asked.

He was hailed as a Wall Street sage. He subsequently sold over 250,000 copies of his 1935 book, “The Battle for Investment Survival,”.

Forbes magazine called him “the most quoted man on Wall Street.”

The stop rule is unconditional. And it can be applied in everyday life.

It prevents overthinking, indecision — and sometimes it can even save lives.

In their book “Simple Rules: How to Thrive in a Complex World”, Kathleen Eisenhardt and Donald Sull argue that in certain situations, simple rules are more effective than complex ones. The stop rule is an easy way to shorten the amount of time needed to process information.

Mountaineers use the stop rule to ensure their safe return. Example, if we don’t reach the summit by 2 p.m., we turn around. When such a Stop Rule was broken on Mount Everest in 1996, eight people died.

Medical trials are expensive, so many pharmaceutical companies develop “stop rules,” which allow investigators to end a study based on certain factors or effects, rather than gathering more data to reinforce the conclusion. Example, “if two or more side effects are observed at any point in the trial, the study will stop”.

“Stopping rules are particularly critical in situations when people tend to double down on a losing hand. A well-documented decision error occurs when people embark on a course of action, receive negative feedback, and then up the ante rather than stop, ” according to Kathleen and Sull.

The sunk-cost fallacy is the reason people fail to use the Stop Rule in many situations. It’s the general tendency for people to continue an endeavour, or continue consuming or pursuing an option if they’ve invested time or money or some resource in it.

Many people refuse to adopt or apply the Stop Rule because of proximity to completion, the desire to save face, reluctance to write off sunk costs.

The Stop Rule provides clear and simple decision rules — boundary, prioritizing, and when to stop pursuing an action.

It’s a powerful guideline for making better decisions across many situations and in the most challenging circumstances.

“They help answer the question of what to do — what is acceptable to do, what is more important to do, and what to stop doing. In the next chapter we turn to process rules, which provide guidance on how to do things better,” wrote Kathleen and Sull in their book.

In many decision-making situations in life, it’s hard to stop doing something we’re already doing, but when it comes to investments of time, money, and energy, we have to know when to pull the plug.

Don’t get blinded by your goals and ignore your self-imposed stop rules.

Every life-changing decision may be risky but choosing the best time to stop, revise or even more important.

The Stop Rule can help you maximize reward or minimize cost. Choose your context for its application prudently. Bad timing can be ruinous.

Napoleon learned that the hard way after invading Russia.

You can use the stop rule to find the best time to launch a project, sell or buy a house, or car, to stop trading on the financial market, to book a flight, to accept a job offer.

The art of deciding is the art of judging when to stop looking for more information, when to cut our losses, when to narrow our choices, and when to finalise act and move on.

Becoming a good rationalist, and leveraging emotional intelligence takes practice. You get better with time. To be less wrong, remember and use the stop rule at the right time in the right context.