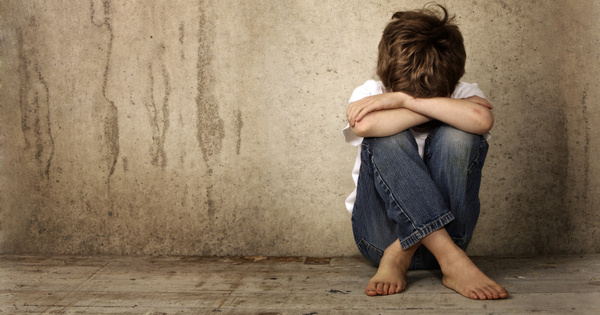 The Division of Clinical Psychology of the British Psychological Society issued a book-length report called Understanding Psychosis and Schizophrenia, edited by Anne Cooke and with contributions by service providers and service users. I highly recommend it to you. In it the contributors take a fresh look at “psychosis” and “schizophrenia,” consistently distinguish between a phenomenon (like hearing voices) and an added-on, unhelpful label for that phenomenon (like “schizophrenia”), and provide insights and resources for sufferers and those who love them. This report is available to you for free and can be accessed here:

One of their observations is the connection between hearing voices and early childhood trauma. They explain: “We all deal with many stressful events in our lives – divorce, rejection, redundancy, bitter disappointments, bereavement and various kinds of failure.   Even positive events – winning the lottery, for example – can be stressful.  Some of us have more than most to deal with, in the shape of poverty, bullying, family problems, loneliness, abuse or trauma.  Much evidence has now accumulated to suggest that like other mental health problems, psychosis can be a reaction to such stressful events and life circumstances, particularly abuse or other forms of trauma. A review found that between half and three-quarters of psychiatric inpatients had been either physically or sexually abused as children. Experiencing multiple childhood traumas appears to give approximately the same risk of developing psychosis as smoking does for developing lung cancer.”

Traumatic experiences can rock a person, hijack a person, and disable a person. They can conspire to make a person “crazy.” It is much more likely that phenomena like hearing voices arise because of the way inner worlds get built under duress than because biology fails. Some anecdotal proofs of this contention are the ways in which the experience of war, the immigrant experience, sleep deprivation, and sensory deprivation can produce “psychotic” experiences. It doesn’t look to be so terribly hard to become distressed enough to experience figments of imagination or to become disoriented enough not to know that you have created the voices you are hearing.

What is actually going on with “madness”?  What is the root cause of the severe and often disabling difficulties that can leave a person isolated, frightened, unable to work, unable to function, at odds with friends, loved ones, and society, agitated, raw, despairing and suicidal? The short answer is: no one knows. No one knows. We really must stop saying “You have schizophrenia” when what we mean is “We don’t know.” What we do know for certain is that adding the medical-sounding label of schizophrenia adds nothing, except ease in communicating using handy labels, and comes with a stupendous cost.

What costs? As the authors of the Understanding Psychosis report put it, “Receiving a diagnosis can also have negative psychological effects on the person, for example leading to feelings of hopelessness and decreased confidence. It can give the message that people can do little to overcome their problems except to ‘keep taking the tablets’. It can divert attention from the possible meaning or positive aspects that the experiences might have for the person. It can also deflect attention away from underlying social and emotional problems that could otherwise be addressed in a restorative way, for example the aftermath of adversities like poverty, discrimination, childhood abuse or assault. Importantly, the way that diagnoses appear to summarize the nature and causes of someone’s experience can prevent workers from asking about, and helping the person to deal with the events and emotions that may in reality underlie the problems.”

The main problem we have with accepting the possibility that you can hear voices without having an organic or biological problem is that we can’t conceive of it or imagine it. But that is our problem. Consider what may be completely analogous phenomena, “psychogenic pain” and “hysterical blindness.” In the first case a person experiences genuine pain, pain as real as pain can be, without the presence of any underlying organic or biological problem. In the second case a person really can’t see—really can’t see—even though in that case as well there is no underlying organic or biological problem. For instance, a significant number of pilots in wartime who could no longer tolerate the stress of imminent death became blind in this way. This happened and will continue to happen.

In the cases of psychogenic pain and hysterical blindness, we intuit how a psychological situation is able to produce an odd physical symptom that is usually caused for biological, organic or anatomical reasons. We get it. If we just let our imagination leap to what may be an exact analogy, we might grow easier with the idea that a phenomenon like hearing voices need have no biological or organic cause either. It may arise just as psychogenic pain or hysterical blindness arises, in a human being who is stressed beyond his or her limits.

Exactly as analogously, it makes perfect sense that a person might believe that the problem is organic or biological, just as a person experiencing psychogenic pain or hysterical blindness may not be able to be convinced that his affliction isn’t “real” and that it only “exists in his head.” So we must take this natural defensiveness into account with a person who is in pain in this way, who is blind in this way, or who hears voices in this way and who asserts—who insists—that he has a disease or a biological or organic problem. It is easy to imagine both how hearing voices could arise in this fashion and why the person hearing voices might insist that the voices are “real,” just as a wartime pilot might insist that his blindness is “real.”

What I am talking about must of course be distinguished from the sorts of auditory and visual hallucinations that do arise for biological reasons. Of course, a psychological slant must not be put on essentially biological phenomena. But by the same token a biological slant should not be put on essentially psychological phenomena. All of your life you have heard that there is something called the “mental illness” of “schizophrenia” and, without giving it much thought, you have no doubt presumed that this means that a “crazy person” must have some unfortunate biological malfunction like a genetic indictment, a brain anomaly, a neurotransmitter problem, and so on. This view is now being hotly disputed and may prove completely false.

It may well turn out that hearing voices, for example, which is one of the hallmarks of “psychosis,” is simply one predictable result of a childhood that is experienced as traumatic by a person who possesses the habit or style of in-dwelling. Because this possibility may be true, we ought to provide help that really helps this person—which, to begin with, involves just listening to him. As the authors of the Understanding Psychosis report conclude: “Hearing voices and feeling paranoid are common experiences which can often be a reaction to trauma, abuse or deprivation. Calling them symptoms of mental illness, psychosis or schizophrenia is only one way of thinking about them.

They continue, “The causes of a particular individual’s difficulties are always complex. Our knowledge of what might have contributed, and what might help, is always tentative. Professionals need to respect and work with people’s own ideas about what has contributed to their problems. Professionals should not promote any one view or suggest that any one form of help such as medication or psychological therapy is useful for everyone. Instead, we need to support people in whatever way they personally find most helpful.”

We do not know what “madness” is or what it represents but we add nothing when we call it “psychosis” or “schizophrenia” and act like we do know. Rather than adding, we subtract. We subtract energy from all sorts of new research that might help us understand the relationship between human experience and phenomena like hearing voices. We subtract good will and incline ourselves toward a model of compulsion and coercion: we move from helping to controlling. We subtract empathy and promote a vision of “us” and “them”: us as normal and them as crazy. All this subtracting costs lives.

Let us try to be of more help, even from the unfortunate place of not knowing enough, and stop labeling when we ought to be caring.