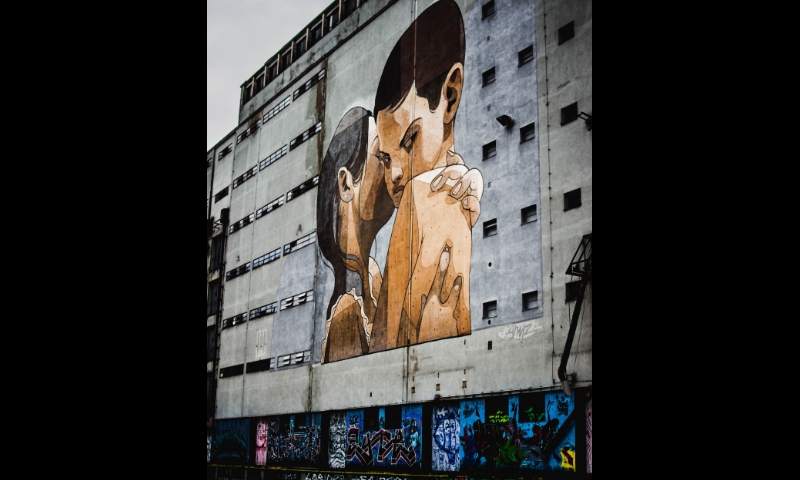 “In insecure relationships, we disguise our vulnerabilities so our partner never really sees us.” ~Dr. Sue Johnson

I write a lot about push-pull relationships, or “chasing and running” because these patterns influence our happiness and our ability to authentically connect with others. The attachments we form early in life dictate not only the quality of our adult relationships, but the security and health of them.

And, how they play out for us throughout our lives.

Most of us know the basics of a push-pull relationship. Many of us have probably been in one at some point in our lives. Chasers often see the cycle only after they stop giving chase, while runners usually reset the clock to find another reason to be chased.

We also know these dynamics are based on an imbalance of power favoring whomever is pushing away in the moment. After all, without one person running, there wouldn’t be any need for the other to chase.

…Then, the roles flip.

On the surface, the chase feels pretty amazing — it’s a thrill-ride of intense highs and a relentless pursuit of one partner while the other plays coy, hard-to-get, or even disgusted by the chase. The harder the chase, the more intense the rush.

Once the chase is over, indifference, self-sabotaging behavior and overt emotional unavailability now identify the “running” part of the cycle.

Yet, there is more happening behaviorally than meets the eye.

The Behavior Behind the Scenes

These types of relationships aren’t based on love.

They’re based on challenges and needs deficits — making this one of the most painful realizations many of us have had to accept.

Be honest with yourself chasers: if you stop chasing right this moment, would the runner care? Would they simply move on to the next opportunity like you were never there? Or, would they move on — while hoping you continue chasing them?

Be honest with yourself runners: would you care if the chaser stopped giving chase or would you try to re-engage them to chase you? Or, would you up the ante or step outside of the relationship to test their fidelity and investment to you?

Because of basic needs going unmet, relationships based on a push-pull dynamic are skewed towards testing each other’s investment as a toxic declaration of their devotion or love to that person.

There’s an inherent feeling of unworthiness — where low-self worth creates its own challenge. On one hand is the challenge is chasing those they feel are out of their league which boosts their own Ego. The harder the challenge in getting the ‘prize’, the bigger the Ego boost.

On the other hand is boredom that goes with ‘winning’ the prize, where running, starts to take over.

The easier the challenge, the faster boredom and indifference set in.

The push-pull is an addiction, as in any other addiction. It’s based on the highs of the chase that trigger releases of dopamine and oxytocin.

Once running starts, the addiction is re-triggered, flipping it back to chasing, in order to get the ‘fix’.

The push-pull isn’t limited to just intimate relationships — there are different types of push-pull dynamics. Many of us have experienced a push-pull dynamic if we grew up in a toxic environment. We may have had to vie for our parent’s approval or “love” by getting straight A’s, or being the most popular, or somehow standing out from our siblings. If not, we may have been ignored or devalued until we straightened up.

This teaches a kid to chase their parents for approval by placing all the power and control in their parents’ hands where a child’s value is based on their accomplishments or how they make their parents look, instead of the child’s inherent worth as a person.

Other push-pull dynamics may be seen in friendships where one friend makes all, or most of the effort by chasing the other — calling, texting, initiating plans, etc., while the other person uses this to their advantage to ‘run’ by being unavailable, or only coming around when it suits them.

Or, the push-pull may be seen in the workplace where a coworker ‘chases’ you for emotional support or help with their projects leaving you to ‘run’ to regain your space or to give yourself time to re-prioritize your other projects.

However, after the buzz of the chase wears off, boredom and regret may set in. You may realize that you have nothing in common with the person, or you may start noticing other red flags such as trouble focusing on the relationship. An inability to focus can leave one partner feeling unheard, but may also come across as “running”, which can kick the cycle into gear.

Or, if looking at BPD, once devaluation starts, they may want you chasing them to test your investment to them; the less you chase, the more they may devalue.

Fear of intimacy is what keeps the chase in play — This sounds counter-intuitive, right? But it’s not. When the focus is on one person chasing, and the other running, there’s no focus on intimate connection. The relationship is not based on love or intimacy, but on the addiction to the push-pull.

Intimacy requires calm; it requires peace and an ability to be present for yourself and your partner. When all the attention is on who’s turn it is to run, there leaves little time or effort in remaining present for the relationship, or in getting your needs met.

However, the fear of abandonment is what triggers pushing away from the relationship. If the runner feels numb, or avoidant, then there’s no reason to “run”, but if the runner starts feeling vulnerable, or starts actually feeling love for the chaser, then running away is kicked into high gear.

In the eyes of the runner, it’s a hell of a lot easier running away and starting the cycle over again with someone else, than risking being abandoned by someone they ‘love’.

They don’t love you and they don’t love themselves. This is where things get a little confusing. “Love” can be felt, but it’s felt at a superficial level, and partners are kept at arms-distance as self-preservation. Love is a foreign feeling, and if it is felt, it becomes something to fear and avoid at all costs; it’s excruciating, painful and engulfing.

Because this dynamic is based on love addiction, it’s also based on manipulation, self-sabotaging behavior, insecurity, avoidance, and toxic positivity where problems are ignored in exchange for more of the chase.

Relationships based on love addiction are superficial and lack a solid foundation. Until each partner learns to love themselves, to recognize their own value and to stop fearing love, this push-pull will stay in effect.

The hardest thing for both partners to do is to break the insecure attachment, and replace it with a secure one.

Everything that the push-pull was in place to avoid will now have to be faced. Some who are love addicted don’t recognize the cycle; others won’t want to.

If your partner is unwilling to work on a secure attachment, all you can do is wish them the best, and focus on yourself because the longer you stay stuck in hope, the harder the inevitable heartbreak.

Breaking this cycle will challenge you both to face your responsibility in it.

And, to agree on finding healthier options.

One of the biggest challenges to face in creating a secure attachment is the fear of giving and receiving love — because this is the root of a fear of rejection and abandonment.

Anyone who is love-avoidant or a ‘runner’ may understand when I label love as an overwhelming, gut-wrenching, panic-inducing fear that is associated with getting too attached or close to someone you were in a relationship with. For anyone who pushes away love, it’s because love hurts.

If you’ve been taught that love = pain, or love = abandonment, then it has been paired with fear, anxiety, or engulfment — where you’re unable to breathe, unable to move and all you want to do is run.

…yet, these are the same feelings that will need to be faced head-on, and conquered, one at a time, a step at a time, in order to unlearn this toxic conditioning and to begin learning what love really includes.

In choosing a healthier option, this requires looking within. Because push-pull dynamics are based on superficial good times and the chase, getting to a place of authenticity will mean getting to know yourself better — including the parts of yourself you may run from.

It’s not about how many miles you can jog or how many squats you do at the gym, but about understanding yourself on a deeper level and taking the time to figure yourself out.

Partners may also consider defining intimacy on their terms. It’s not surprising that many partners who are used to a push-pull style in identifying their relationships are unsure what true intimacy is.

By setting the terms together — emotional and physical intimacy — partners can start building a secure foundation together.

Because push-pull relationships are based on an imbalance of power, establishing a balance of power between partners is important. This may play out at both partners having their own personal space, boundaries being established, or learning to trust each other one step at a time.

If you’ve spent most — or all — of your life believing love is based on chasing “the prize” and then running when it’s no longer shiny and new, you have to want to learn a healthier way of looking at relationships. You need to be at a place of wanting self-awareness and being OK with what you find. No one is perfect, and the fact is, what we learn early in life often sticks throughout our lives, for good or bad.

Until we choose to make those changes.

There’s no shame in not knowing what love is, especially if you’ve spent most of your life running from it or being shown what love isn’t. There’s going to be a little pain in growth, or it isn’t growth, but complacency.

Go easy on yourself, and forgive yourself. Life doesn’t come with a rulebook or a list of instructions, especially in matters of the heart. Those who have spent years fearing love are afraid they aren’t worthy of being loved.
We’re all our worst critics; those who love you see a part of you that you probably never saw in yourself, and that you’re worthy of love.