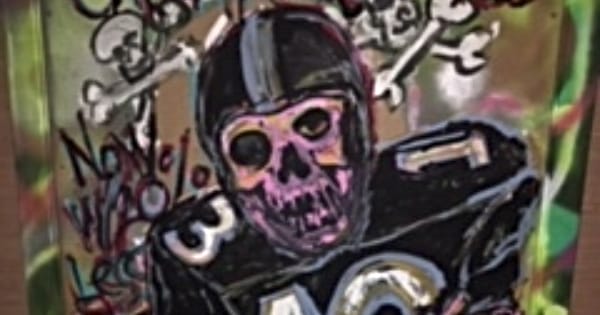 23 years later as I sat in my bedroom scared to death for my life after being TDOed (Temporary Detention Order) using doctored information, hearsay, and coercion. Authorities leveraged my sister’s position as an elementary school principal by sending the school resource officer, making the absurd assertion that they feared I’d bring a gun to a school, asking/suggest/require her to convince my mom to go with her to the magistrate to request I be evaluated, stating that I was at risk of self-harm or of harming others. This after I had founded and run a nonprofit created in the wake of the Va Tech shootings for mental health awareness, stigma reduction, as a way to prevent school shootings.

In mid-March of 2018, I was subpoenaed for child custody by my child’s mom in Kansas. Up until this point I was under the impression that my family was solely behind the hospitalization. The subpoena listed the info about the resource officer and his Inflated statement based absurd self-protectionism. Officers showed up at my work, provided me with the ECO (Emergency Custody Order) order. I was transported by police cruiser to the mental health assessment center, where I was possessed in a predetermined act of assault on my freedom, speech, liberty, and civil rights.

CTE, Never Heard of it! Off to the Nut House With You Smart Guy!

I attempted to explain the situation to the mental health assessor, that it was a misunderstanding, that I had CTE, and a squabble with my family had gone public via social media. My child’s mother was refusing to communicate the location time and name of the church where my son was being baptized. I had asked my mom and sisters and father to all contact her mother for the information. All have refused without any reason, then not wanting to rock the boat, knowing that there had been an ongoing constant antagonistic campaign of harassment and gaslighting.

The mental health assessor, who has acting as a mental health expert for the state, didn’t hesitate to immediately dismiss what I was explaining, stating that she had “never heard of it!” CTE, as if I was making it up. 15 years after discovery, the expert for the state of Virginia had absolutely no knowledge of the existence of “chronic traumatic encephalopathy.” Then, using unrelated redacted screenshots of  my facebook posts, not allowing me access to the full posts so they could be read and evaluated in context, stated that I seemed nervous.

I had driven through the night coming back from New Jersey, getting only 2 hours of sleep, having not eaten, but had consumed black coffee while waiting. Disregarding the fact that I have hypoglycemia and had not eaten sinse the evening before while driving home from New Jersey. I had worked as a contractor for the two adjacent Communities Services Boards and was well aware of what I was facing!

The state hospital was where they ended up taking me. I did not have insurance. My size and athletic history and prowess being well known in the region for both my sports history as well as my nonprofit Middleville awareness and speaking programs which I performed at schools, colleges, middle health organizations, churches, and community events. Still, I’d be escorted by armed agents of the state, threatened with forced catheterization, stripped, dehumanized, emasculated, and Imprisoned In a state psychiatric hospital, in a state that ranked 48th for mental health services, earning a D. The mental health “expert” assessor had her mind made up before I had walked in, as if she was primed with information by those same folks who had sent the school resource officer to let my sister know that her job a was in jeopardy if she didn’t take action on their behalf!

Hand Cuffed, I was escorted by armed guard to the ER for the Parade of humiliation and speculation. Slack Jawed onlookers, gawkers, local gossip queens, devas, and general contingency of local shit stirrers, while being threatened with forced catheterization. Please!

I was held for more than 12 hrs before being taken to Marion Va Psychiatric Hospital of South Western VA. The sheriff that transported me used to party with me years earlier He reminded me of the times we had snorted Coke at Parties at the Local College.

I’d never been the Hospital before, but I had heard rumors. Not good stories. I knew that my great great uncle was in and out of the gothic asylum. I was taken into a room with a lady who told me to strip for a “skin check” — emasculated and dehumanized. Thank God a friend brought me a burger while I waited at the local hospital before being shipped down to Marrion. I hadn’t eaten anything else since the day before. My boots were taken, I was given Velcro chuck, Taylor’s (shoes) one 11 and one 11.5. Lol. Exhausted, I passed out sometime after 4am.

Stay tuned for the next installment of All American Exile Down on the Funny Farm! 6 days in limbo/purgatory!

CTE, what is it!? Neuroscience for dummies!

What causes it?  How does it affect the person? How does that affect that persons’ relationships,  friends, family, community, and what’s the bigger picture?

Facebook14Tweet2PinEmailShares16
wpDiscuz
0
0
Would love your thoughts, please comment.x
()
x
| Reply
Share this ArticleLike this article? Email it to a friend!
Email sent!