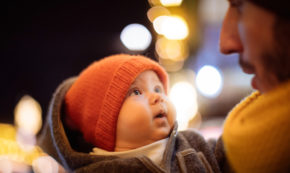 Current Stay At Home Dad and Former Olympian, Kevin Hall, tells it like it is.

Kevin Hall understands the pros and cons of being labeled. And he knows that what really matters is doing your best.

I’m thinking of making a t-shirt that says “Raise the Roof! That’s Good Behavior and it Doesn’t Matter Why.”

The intense shame of competing in the Olympics, but not winning, has never left Kevin Hall.

Dealing with the emotional crash after a struggle for achievement.

Yesterday—in front of my two younger children—I nearly choked to death on my grilled chicken dinner. What should have simply released a heavy sigh of relief in my wife’s ear at bedtime contorted into a sleepless night of revisiting another recent near miss: Last month I wanted to take my own life. The two brushes…

Kevin Hall finds the source of his greatest strength.

Kevin Hall reflects on the impact of the xoJane suicide article

Modern men face their mental health with courage and honesty.

Sometimes life is not just facing a simple challenge. Sometimes it is more than one. Kevin Hall shares his fight with cancer, while bipolar disorder tied his emotional hands.

Yesterday Kevin Hall shared about his challenge with Cancer. That was nothing compared to dealing with his bipolar disorder. He tells us why.

What? Lucky to get testicular cancer? Kevin A. Hall takes us along through the pain and perspectives of surviving cancer not just once but twice.