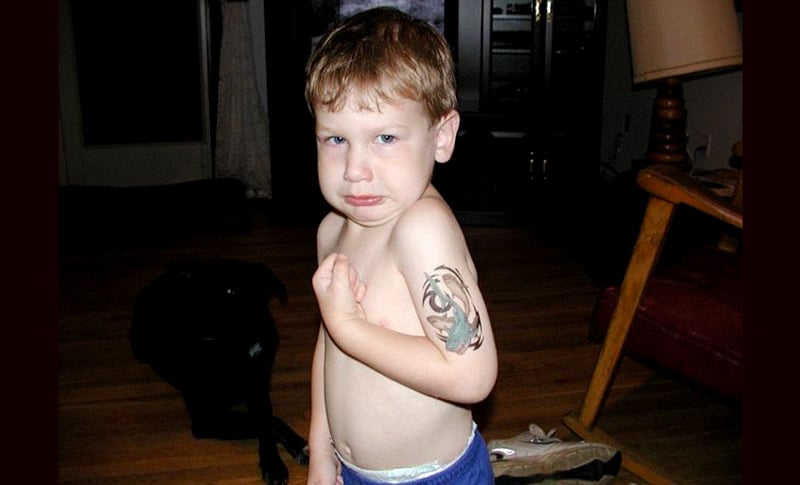 Did you know there’s one thing every man (and woman) seeks from the world—more than love, sex, or money, more than power, pleasure, or fulfillment?

More even than a sense of identity or a life that holds meaning?

This thing we seek, that we’re wired to seek, is validation—the feeling that we’re worthy of acceptance, that our thoughts and opinions align with others, the security of knowing there’s a place where we fit in.

Validation is a powerful human desire that leads us to form beneficial relationships. But it also allows damaging and discriminatory belief systems such as racism, sexism, and homophobia take hold, when the cultural forces that validate those systems are stronger than the forces that disavow and invalidate them. Put more simply, if a man’s sexist colleagues or a boy’s homophobic peer group accept and validate him when he follows their lead, that man or boy must consider the risk of exclusion and invalidation when challenging the group’s bigoted beliefs. Mark Greene and others have referred to this constraint as the Man Box. The box limits men’s range of behavior by defining what’s strong and what’s weak and exacting a price for weak behavior. Breaking out of the box requires us to shatter the fallacies used to trap men in toxic behavior patterns. But breaking out is hard, because the box’s primary enforcers are so-called “tough guys.” And tough guys can be, well, kind of scary. Unless you know they’re not really tough at all.

1. Tough guys call you names—like “wimp”—if you won’t join them in putting down others, particularly the vulnerable, with hurtful remarks.

Strong men stand up for respect and compassion and build others up instead of tearing them down.

2. Weak men are insecure and need everyone in their group to be followers: refusal to follow brings expulsion and banishment.

3. Tough guys need everyone in their group to be dependent on them for approval.

Strong men know that you only need your own approval, or as Robert Burns put it: “Thine own reproach alone do fear.”

4.Tough guys feel entitled to the loyalty and servitude of others.

Strong men know that loyalty and respect are earned.

5.Tough guys dominate others through a culture of fear, offering a choice between pain and sacrifice.

Strong men recognize and respect each person’s free will, including the freedom to disagree and depart.

6. Tough guys want others to stifle emotion and reject the feelings in their own hearts (as they themselves have) to gain validation and acceptance.

Strong men honor and express their feelings and want others to do the same, even when that means losing approval.

The Man Box asks, “If a man’s not strong, is he really a man?” The way out of the box is knowing what strength truly means.

Perfect! Fits my ex to a ‘T’, unfortunately. It took many years to figure him out, as there were other things going on as well. Tough is an act. Thank you for all the helpful tidbits, as I’m looking to find a good one someday!

Great article. I love this website and your enlightened views about men, women, relationships, humanity.etc

Good list (accepting the premise of tough v. strong). I would add:
#7 Strong men are curious and willing to explore unfamiliar intellectual paths.
#8 Strong men are thoughtful and open to reason but will not easily forego a sincere conviction.
#9 Strong men eschew stereotypes.
#10 Strong men like cats.
(OK, that last one was just to see if you were paying attention…)

I’m not sure if I’m getting the point here? Are you assuming that any man that is tough, is also guilty of all 6 of these items? Are you trying to use the term “tough guy” as a catch all to describe a certain type of person? If so, I think you’re unfairly ascribing certain characteristics to any one that qualifies as physically tough, which seems blatantly unfair. By most people’s measure, I would undoubtedly be considered a “tough guy” – but no one that knows me would use any of these 6 criteria to describe me. I agree that… Read more »

What tom is saying I believe is not physically strong but ersatz character strong. The swagger, bullying etc. The uber competitiveness etc. I had a boss once who was all that. He would belittle my make up bag, it actually was my medicine bag as I’m diabetic. Sometimes he’d call it my purse. It’s things like that made him a man’s man but in reality he was a loser and no one could stand him. I’d have no issue carrying a purse if it suited my purpose. Why would I? If I had bad skin and was self conscious about… Read more »

I would like to give you an excellent example of this sort of person drawn unfortunately on personal experience. My cousin was born with a tiny penis. A fact that he had kept hidden until I moved in with him. I recently turned 62 and he is three years younger than me! So his entire life. When we were just getting our driver’s licenses he suddenly started not only to adopt a tough guy personality but a lot of it’s bad habits. He wasn’t just drinking but binge drinking, sometimes every day. He not only had a motorcycle but joined… Read more »

That is correct and to the point Tom. We need more of these to affirm and reaffirm what it really means to be a man. A man who is afraid to follow his own desires, heart and path because he’s afraid of what others may say or do is really not that much of a real man. We especially need to get this into the hearts and heads of women who are many times the ones spouting the nonsense of eanting real men, and manly men when if they did run across one wouldn’t recognize him for all the tea… Read more »

Facebook3.7kTweetPin2Email1Shares3.7k
wpDiscuz
7
0
Would love your thoughts, please comment.x
()
x
| Reply
Share this ArticleLike this article? Email it to a friend!
Email sent!