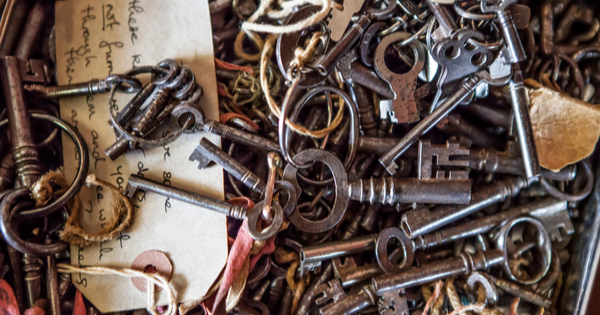 “Ok, tear apart the room,” I said to the three twelve-year-old boys.  Their eyes lit up having been given permission to do the one thing pre-teen boys are best at: destroying things.  My son wanted to do an escape room for his birthday with his friends.  But his real present is letting them go nuts in a room looking for clues where it is ok to dump everything over.

The boys ran around like a cat on a drunken bender.  I’m pretty sure there was some hissing going on.  Our escape room was civil war-themed and is supposed to mimic an old jail cell from the 1860s.

On the walls, for now, are various pictures of very dapper men with very dapper mustaches.  A table with a map at its center divides the room in half.  And for my part, I stand safely in a corner while my boys do what they do best.

There is something special about seeing youth unrestrained.   The room is supposed to be upturned and destroyed.  There are clues hidden everywhere: behind things, on top of shelves, in hidden compartments.  And, in this case, on a stuffed deer head.

The boys are in heaven.

One of them pulled the antlers off a deer, and a secret panel clicked open behind one of the picture frames.  It’s a clever hiding spot for a clue, I will admit.  Perhaps for adults, this would be more of a challenge.  But young boys?  Yeah, those antlers were coming off no matter if they were supposed to or not.

They race for the clue.  They pull out a short booklet and take it to the table.  Several punch the others on the way there, as is tradition.  They even open it and take a quick gander.

Then they quickly forget about the clue and move on to destroying the room again.  In the corner, my son is trying to open a four-digit lock that keeps a chest shut.  He seems convinced that if he tries random numbers, he can figure it out.

“Hey guys,” I said.  “Maybe you should focus on the clue that you just got?”  No one hears me in the whirlwind of sleuthing going on.  I promised myself that I would stand back on this one.  I wouldn’t interfere unless the kids needed a bit of guidance.  It’s a fatherhood lesson.  At least, it is in my head.  The boys will learn teamwork and self-reliance!  I speak up again when I see one of the boys just spinning around on the floor.  I don’t know why.

“Focus!” I said.  “Get over here and work on the clue.  Stop trying to stack chairs, I don’t know where you are going with that.  And no more humping the walls.”

My frustration got me there for a second.  I should have seen that coming a little bit more.  But I’ve corralled the animals, and they quickly begin reading the clue but, for reasons only known from them, they start at the back page and work their way to the front.  I gently correct them:  “Be normal!  Why can’t you kids be normal?”

Another ten minutes go by and we have the next clue.  A door pops open underneath the table and my knees silently scream.  It’s a tunnel leading to another room.  I follow the boys through.

The new room is smaller than the first, and the air hangs heavy.  There is zero ventilation.  It also echos really well, as is evidenced by the screams, grunts, and sound of someone getting smacked.  The boys take off to continue their destruction, and I hope that this place has insurance.

The boys find more clues and promptly ignore them.  I promptly remind them.  This goes on for a while.

And they make progress.  I am proud.  They figure out that a magnet opens another secret compartment that contains a key.  The key goes into a lock in the other room.  Someone calls someone else a d*ckhead.  I let it go because the boys are doing well.

In their primitive way, they are communicating and eventually coming together.  You wouldn’t know it by looking at it, but I was a boy myself once.  I remember how you masked your feelings behind insults and crude jokes.  What comes out the other side is usually a stronger friendship.  And I get to sit back and watch it all.  I am a magnificent father.

Then everything goes wrong.

There is laughter.  A few screams.  My ears perk up and I take a step toward the tornado of my son and his friends.  They get real quiet and refuse to look at me.  It takes me a minute to figure out what’s going on because I am relying too much on my eyes and my ears.  I didn’t need those.  The smell that hits is straight out of a horror movie.

“Oh, God!” I said.  “Who did it!  Who farted!”  The only answer I get is an eruption of laughter before the boys scatter. I want to run, too,  but where am I going to go?  We are locked in here.  The smell of boy gas hangs onto me.  It’s as if it’s sticky, and I’m gaining weight with each breath I take.  The stakes of this escape room just got higher.

They throw antlers at me.  That is not the clue.

“Not those!  Give me the piece of paper with our next clue!”  Eventually, it ends up in my hands.  I have to get out of here, away from whatever these kids have done.  It’s not a fart and it’s not passing gas.  They have opened a portal to a sewage plant and they love it.  They can’t stop laughing.

I try different combinations to the lock that my son tried before, but I can’t get it to work.  The clue doesn’t make sense and it occurs to me that I”m doing the exact same thing my son was doing earlier.  Time ceases to function as I fail again, and again, and again.

There is no more escape room.  There is only fart.

Eventually, I black out and go to my happy place.  The buzzer sounds and the front door pops open.  I’m about to run through it when the young teenager who runs this room steps in.

“You guys were close!” he said.  “Let me show you how to decipher the last clue.  Get that one open and you were free.”  He takes a step into the room and stops.

I know his pain.  His face goes slack.  Sweat forms on his upper lip.

“1476 is the code,” is all he says before turning around and leaving.  I quickly follow him out.

The boys and I learned a lot of lessons that day.  Teamwork and focus are important.  The value of friendships that you can count on.

And never, ever fart in a small room with no ventilation and no escape.