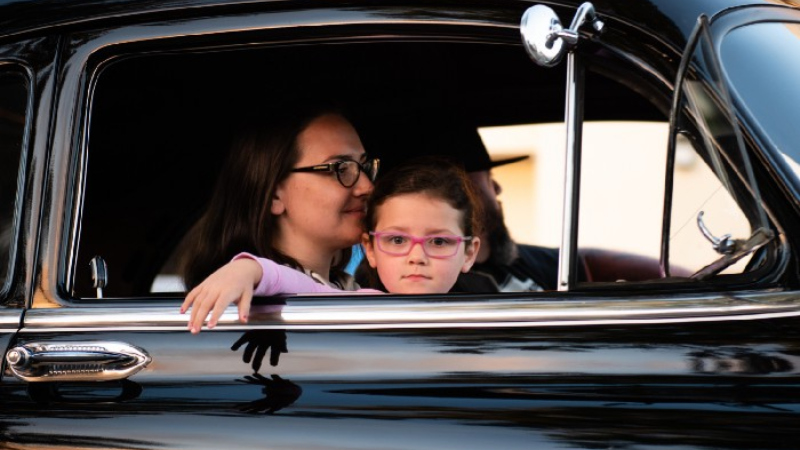 “If you kids don’t settle down, I’m going to turn this car around.” This was a sentiment we never heard from my dad as children. Dad believed that as soon as our family entered the car, it was now his sole mission to get to our destination in as little time as possible.

There would be no detours to check out some obscure little town’s taxidermied gopher museum. Pee breaks were laughable as we were given an empty pop bottle to relieve ourselves. Even Dad himself could be found holding his bladder until his face began to turn red to ensure we saved on traveling time.

There was no stopping for anyone. This was a certainty on family road trips.

In the summer of ’98, my maternal grandfather died. Mom was already in Manitoba, making arrangements for the funeral services and had employed Dad to drive my brother and me across the province and a half trip from central Alberta to attend the service.

The trip out was okay. Perhaps because my brother and I were grieving, Dad took it easy on us and even did allow for three pit stops over the 13 hours drive. Without the leg cramps and constant strain on one’s bladder, the trip was surprisingly enjoyable — a sentiment we had not had the pleasure of enjoying until now.

I think of my kids and how they rule the roost when it comes to road trips.

Ever since they were infants, I’d go to great lengths to ensure their comfort and happiness when setting out on a drive.

There I’d be, c-section scar still oozing, running around my house looking for my infant daughter’s pacifier (the one she prefers for car rides), unable to leave until it was found. I’d pack not only diapers bags but duffle bags full of extra clothes, toys and snacks for an afternoon out — thinking that my 2 and 4-year-olds might need their best dress and three-piece suit on our outing to the park.

There still isn’t an item to grandiose to bring on a road trip for my children. At the ages of 10 and 12, I will tell them we are driving to my hometown of Sylvan Lake. 3 hours away, and they break out into a sweat, asking how much time they have to pack.

My daughter proceeds to pack every single stuffed animal she has — all 300 of them, while Lars neatly wraps up his various cords and battery packs for the countless electronic devices that must accompany him on the trip. God forbid he doesn’t have a screen to look at while in the vehicle.

Mom sent Dad home with us after the funeral as she had a few more things to tie up with the family. My brother Dustin and I could see that familiar gleam of angst in Dad’s eye as soon as we entered the car. We gave our mother one last fleeting look that said, “Please, reconsider. Can’t you deal with Granddad’s will in the comfort of a speeding car? Don’t leave us alone with him!”

Alas, she was preoccupied with more important concerns. Mom kissed us on the forehead and sternly told Dad not to try to drive straight home with us because that was far too long of a drive for an 8 and 11-year-old.

Contrary to what my children are allowed to get away with, when Dad was driving us any distance, we were allowed minimal toys and little to no shenanigans. Of course, we’d try to start our road trip on a fun note.

We’d pull out classic games like “Who’s the Ug,” where we’d stare at the people in the passing cars and deem if they were good looking or ugly. If they were ugly, my brother and I would hold up handwritten signs, letting them in on this fact.

After Dad caught wind of what we were doing, he’d yell at us, telling us that it wasn’t those people’s fault that they were hideous monsters, and it was rude that we were pointing as much out to them.

Then he’d order us to sit quietly and listen to his Johnny Horton cassette tape.

On the other hand, my kids are relentless in their questions and concerns as my husband, and I drive down the highway. Once, Jamie made a joke as we passed a national park sign that read, “No firearms beyond this point.”

“What, they can’t take my guns!” He roared in mock outrage.

“Dad, the only guns you have are hot glue guns.” Our daughter Sophie, 7 at the time, said totally deadpan.

Dustin and I would have never dreamed of such blasphemy. Most of Dad’s jokes were terrible, but any stranger sitting in our proximity would have never known because we had our fake laugh down to an art. It’s just what children of the ’90s did. At least it’s what we did.

After 10 straight hours of driving, Dustin and I were getting anxious. Dad must have been picking up on that from our loud sighs and rumbling bellies. The sun had long set, and there was growing anticipation of stopping at the next motel on the highway.

“Look, guys, we are only a few more hours away from home. How about we drive through?” He said, hopefully.

“But Mom said we could stop at a hotel for the night,” I reminded him. Hotels were the jackpot as a kid.

Why wouldn’t anyone want to stay at a motel, I wondered. Weird patterned bed covers, mysterious stains on the ceiling, dinner out of a vending machine — there was so much to look forward to when it came to hotel stays.

“I know, but we could drive through and just not tell Mom,” Dad said tentatively.

“Deal,” My brother and I said in unison. We knew a sweet opportunity when we heard it.

I often wonder if my children are missing out on some integral part of childhood. That piece of the puzzle that allows you to barter with your father after a long 10-hour drive to see what sort of monetary compensation you might get out of just a few more hours of road time.

If that were my kids, they’d have simply demanded to stop, and my husband would have pulled over without a second thought at the next Holiday Inn he came across.

I often reflect on how much easier my children have it nowadays than the hard-knock life of mine as a child.

But I am inclined to wonder if we really did have it better. More adventure, more mystery in the wonders that may be down the road just another couple of miles. 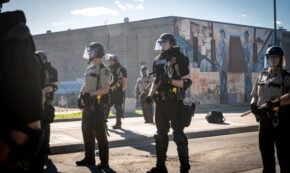