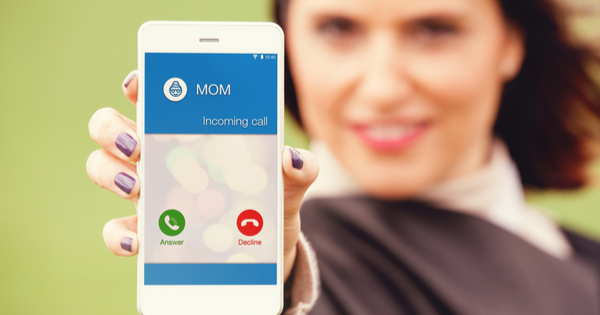 “Dad, can a friend come?” my six-year-old asks.  We are in the car, headed to a local history museum.  “Please, dad?  Can one of my friends come?” 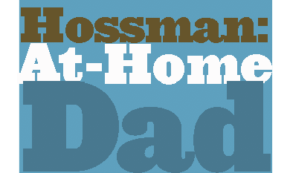 And right there, that is the question that is tough to answer.  Not because my son doesn’t have friends.  He just finished his first year of school and has tons of friends.  There is the girl with the cute little braids that jumps when she sees my boy get off the bus.  And the other boy that he played soccer with who is also in his class.  No, he has plenty of friends.

I’m just not sure yet if any of the moms will let them come over because of me.

I’ve been an at-home-dad for eleven years and you would think that I would have worked this out by now.  I have two older kids so this is something I’ve dealt with in the past, which is exactly why I’m apprehensive this time around.  It takes a while for the moms to warm up to me.

It’s difficult to say why, and I don’t mean to knock any of the new moms.  Some of them know me.  I’m dad, the guy that shows up at lunch sometimes.  I’m the guy that coaches or sits on the sidelines cheering.  But some of them don’t, and even after all this time of being the primary caregiver you would think I would have a solution.

When the other kids were younger, I remember the look of hesitation I got.  Nothing major, not a scene but I would appreciate a good impromptu Bollywood dance every once in a while just to make things interesting  But it’s a thought process some go through as they look me up and down.  I have some tattoos and a beard, large shoulders and yup, the beer gut.  But I also have completed no less than twelve background checks over the last five years.  If you dig a bit deeper, I’m the most checked out guy on the playground.

I take summer pretty seriously with my kids.  I realized early on that the time I get with them is fleeting and won’t last forever.  As a result, I try to never let a moment pass.  If a memory can be made then that’s where I’ll be with my three little minions in tow.  But sometimes those minions want their friends.

It’s always awkward in the beginning, and I had to feel my way through it.  I joke a lot, try to disarm those around me.  Yes, I am the fun dad but I am also the responsible dad.  We go places with a purpose, to learn, to broaden our horizons.  And I carry extra car seats in the back of my van.  But it’s also fair to say that it’s a white van which I now realize is probably not a good look for an at-home-dad.

By the second year, my older kids’ friend’s would just jump in my car while waving to their mom standing at the door.  We were off on an adventure.  It just took some of the moms time to get to that point.  I had to be vetted.  And that’s fair, sure.  Is it like that when moms set up playdates?  I’m really not sure, I never got invited to any.

But I had a dad’s group and those were my saviors.  They’re still around and that makes things much easier.  It’s different when I’m out with them.  When you see ten guys pushing strollers, we cease being a threat for some reason.  We are the fabled unicorns marching about.  It’s quite the change from when you are out solo.  We will do a lot with them over this summer, but I get my boy wants his new friends to come with us, too.

One thing I know, there is no getting around awkward.  I’ve had to embrace it over the years; to make it my new normal.  I honestly think I thrive in those situations.  But it’s initiating that’s difficult.  That is the part that I’m never really sure how anyone will react.  Early on, a mom invited my wife to a playgroup  They even had business cards printed off.  We were at the grocery store.  When my wife told her that I would be staying home, the mom promptly took the card away and wished us the best of luck.

That’s what is in the back of my mind.  And even though most of my interactions with the stay-at-home-mom have been great, there’s always that experience that seems to pop up in my mind’s eye.  I hate the division between moms and dads.  It truly makes no sense to me.  We’re all doing the same thing so it’s a bit weird that we decide to put up these walls.  Breaking them down takes a lot of work.

But I’m up for it.  I’ve done it before.  It’s awkward, uncomfortable, and I’ll get that hesitation from time to time.  My boy is counting on me and you know what, that’s my sweet spot.  That’s when I’m truly at my best.

I’ll be right back.  I’m going to ask for a mom’s phone number.

Facebook11Tweet4PinEmailShares15
wpDiscuz
Share this ArticleLike this article? Email it to a friend!
Email sent!