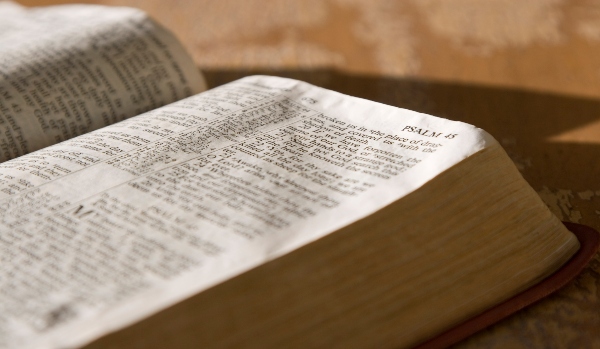 However, fundamentalists used other ploys to impose the Bible on captive students. Despite the First Amendment’s separation of church and state, evangelical groups gained success through “Bible as literature” courses.

“To date, our Bible curriculum has been voted into 3,274 high schools in 41 states. Over 650,000 students have already taken this course nationwide, on the high school campus, during school hours, for credit.”

With conservatives now dominating the Supreme Court, I suppose there’s no hope of halting this born-again bandwagon. But I have subversive thoughts about the Law of Unintended Consequences. Maybe this proselytizing effort could produce unforeseen upheavals, causing a backlash against Bible advocates. Consider these ticking bombs:

Leviticus 20:13 says gay males “shall surely be put to death; their blood shall be upon them.” (But lesbians aren’t mentioned.) If this verse is discussed in high school classes, maybe a furor will arise between Bible-believing students and others. Now that America approves same-sex marriage, what will teachers tell students about this biblical murder commandment? Possible storms could erupt.

Similarly, Exodus 31:15 decrees: “Whosoever doeth any work in the Sabbath day, he shall surely be put to death.” Exodus 35:2 is almost identical.

Come to think of it, ministers and church organists work on the Sabbath, don’t they?

The 22nd chapter of Deuteronomy commands that brides who aren’t virgins must be taken to their fathers’ doorsteps and stoned to death. (But non-virgin grooms aren’t mentioned.) With millions of unwed American couples living together, will students debate whether the execution decree applies to females among them?

Some verses instruct how to buy and sell slaves. Leviticus 25:44 says: “Both thy bondmen, and thy bondmaids, which thou shalt have, shall be of the heathen that are round about you; of them shall ye buy bondmen and bondmaids.”

Exodus 21:7 gives rules when “a man sell his daughter to be a maidservant.”

In 1 Samuel 15, God commands Hebrew soldiers to attack a neighbor tribe “and utterly destroy all that they have, and spare them not; but slay both man and woman, infant and suckling, ox and sheep, camel and ass.”

Several other verses order similar total massacres, adding “Thine eye shall not pity.” Numbers 31 does so, with this exception: “But all the women children, that have not known a man by lying with him, keep alive for yourselves.”

Would these decrees apply to U.S. soldiers today?

In the Great Commission (Mark 16), Jesus tells the apostles that “these signs shall follow them that believe: In my name shall they cast out devils; they shall speak with new tongues. They shall take up serpents.” Some mountain worshipers obey this command by picking up rattlesnakes. What would schools teach?

So you can see, teaching the Bible in schools could open a wiggly can of worms, causing educated people to wonder if schools had stepped into quicksand.

A version of this post was previously published on patheos.com and is republished here with permission from the author.

Facebook210TweetPinEmailShares210
wpDiscuz
0
0
Would love your thoughts, please comment.x
()
x
| Reply
Share this ArticleLike this article? Email it to a friend!
Email sent!