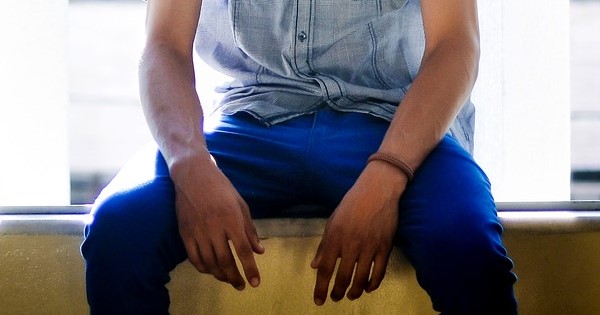 The term “manspreading” is humorous to me. I was, of course, aware of the tendency of men to spread their legs on public transit long before the term came into popular use but was nonetheless surprised that it warranted naming. Not only has it been added to the list of the casual sins of manhood, it has inspired opposition campaigns in numerous cities in Europe and the United States and at least one dramatic overreaction (in Russia).

To me the question is not whether men take up too much space in the public sphere; the question is what to do about it. I personally don’t think creating a new buzzword or pouring bleach on offending crotches is the answer. When someone is doing something that I find particularly annoying in public, such as talking loudly on a cell phone or listening to loud (typically awful) music without headphones or with headphones that don’t seem to function correctly, I either glare at them, politely tell them off, or move away. Why not treat manspreading the same way?

I understand the idea of placing responsibility on those who engage in the offending behavior rather than on those offended by it, but not every nuisance needs a name or an opposition campaign. And if this is a thinly-veiled partisan effort to stick it to men for flaunting their privilege, those with this motive have to realize that it spreads both ways. A backlash is likely to ensue, and before we know it, commuters will be banned from wearing strong perfume or applying makeup. They may even be banned from transporting small (crying) children, which are the most annoying and entitled commuters of all (I’m kidding about the last part).

Finally, it’s possible that this nuisance is based in biology rather than sociology. I cannot speak for every pair of testicles out there, but speaking for my own, they do not like being compressed. However, in order to be considerate in public, instead of spreading my legs out wide, I tend to sit with one leg positioned over the other in a 90-degree angle. I have sat this way for as long as I can remember — dating back to grade school. Yet, at times the bottom of my shoe will be pointed at the person sitting next to me, which is treated as disrespectful in some cultures, so I sometimes have to compromise on the compromise (usually by opting to stand instead of sit).

My point is that it’s hard to find any satisfactory level of comfort on public transportation. This context is rife with chaos and ambiguity. Often the best response is to ride it out and relax — but not so much so that our legs encumber those sitting next to us.