—
Hate often discriminates and targets people based on who they are and what they believe. It’s built upon a foundation of intolerance and many times outright evil—as was the case with the senseless attack that took place in the Synagogue in Pittsburgh. Being of the Jewish faith myself—these events hit close to home on a personal level with my thoughts and prayers in solidarity with the community impacted and all those touched by this cowardly act of terror! 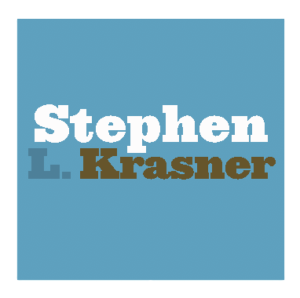 Words, language, and messaging matter—and the impact of them coming from a sitting President of the United States is powerful and must be used in the most responsible manner by the individual serving in that capacity—and that is not happening!

WE HAVE SEEN a rise in hate speech, anti-Semitism and intolerant acts since 2016.

WE HAVE SEEN a rise of people in this country pushing conspiracy theory narratives and attacking legitimacy in all levels of government and media.

WORDS MATTER when you have an environment whereby those in positions of power label the press and various groups as the enemy of the people!

When the leader of the free world complains to the public on Twitter after the pipe bomb acts of terror suggesting the worst he has done was to simply be critical of the press—that’s just entirely inaccurate. In attacking and labeling the free press as an enemy of the people he provokes extremism at his rallies and pushes the false narrative—and it’s in precisely this way that he is responsible for fostering an environment where he promotes and peddles conspiracy theories, unfounded fears and flat out lies—knowing full well it energizes his base and most certainly the fringe elements of it!

WORDS MATTER when you have continuous lies delivered by those in positions of power that insult and spread false information about people with different political views and belief systems.

We cannot expect this president to be a leader with the integrity it takes to comfort a grieving nation and unite a divide that he has directly and profoundly championed. We can only hope those people with voices who align themselves within the same political party stand up—and push back. So far they have not!

WORDS MATTER when you are the leader of the free world and constantly use the bully pulpit to make the politics of this nation about ME FIRST and not about YOU FIRST.

WE HAVE SEEN the lowering of standards by those in positions of power—giving rise to the demagogy spun from behind the Seal of the President of the United States.

Moral leadership is void in our White House and lacks the ethical authority to lead the nation. Perhaps we need to call upon our past Presidents to speak to the nation at moments where this type of leadership is needed. In these unprecedented times, our former Presidents should not keep quiet, as it is obvious that our nation could benefit from their service in this manner!

PEOPLE MATTER when words, rhetoric and messaging embolden those that would do harm on others, having been provoked by “words” contributing to a socio-political climate of intolerance and fear

WE NOW NEED TO SEE those in positions of power checked and balanced.

WE NOW NEED TO SEE those who reject hate, intolerance, and the fear tactics coming from Donald J. Trump have answered with a one-word call to action: VOTE!

Facebook332TweetPin5EmailShares337
wpDiscuz
Share this ArticleLike this article? Email it to a friend!
Email sent!