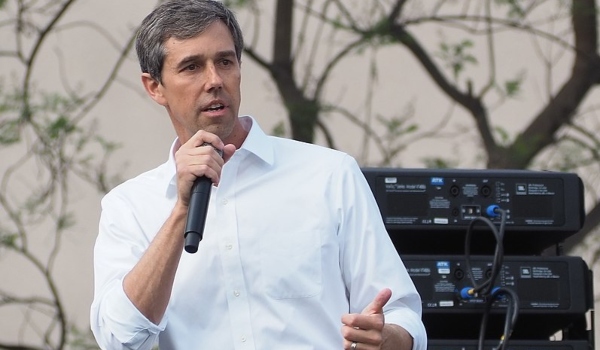 Beto O’Rourke is pretty well known. His cage-match against Ted Cruz drew national attention. Even more than Ted’s beard, which is the second suggestion that pops up when you Google, or in my case Microsoft Edge Canary (yes the name is a little unwieldy but the search engine works well enough) when you type in Ted Cruz. But, there is a lot to like about O’Rourke.

Claiming that climate change is the greatest challenge facing mankind he has an ambitious plan to make America emissions free by 2050. It carries a 5 trillion dollar price tag (which is a five followed by twelve zeros, 5,000,000,000,000.00, I just added the cents because it made it look more substantial).  It would be paid for by changing the tax code to include the wealthy and influential. It would require the cooperation of Congress, but the government is supposed to work that way.

His approach to health care is almost a little more of the same thing and a little more of something else. He endorses a Medicare for America, but wants to leave employer sponsored health insurance. I think we’ve seen this movie before.

You really have to admire his approach to LGBTQ rights. It is thorough, far reaching and detailed. More detailed than I want to dive into, but if it is important to you please open the link. It should be adopted by the eventual nominee, assuming it isn’t “Beto.”

As much fun as it was to watch the battle between O’Rourke and Cruz it was even better watching the match between Trump and Beto over the border wall at El Paso. Trump actually called him a flake and a lightweight because of his views on immigration. He should wear that with a badge of honor.

He isn’t on the free college bill and opposes legislation that would eliminate drilling in the Gulf of Mexico. But, he does support raising minimum wage to $15.00 an hour.

O’Rourke has some big ideas, and has earned some time. But, as pointed out earlier I think we have gone past the day when we can settle for what used to be. And he does seem a little too comfortable with oil companies and big insurance. But, it is a long campaign and we are liable to see a lot of movement.

In other news; Kamala Harris proved beyond a doubt that she is a person of substantial resolve. She prepares for and takes advantage of opportunities. She came out of the second night of the first debate with enough momentum and support tied with Elizabeth Warren for winning in Las Vegas. And I would probably pick her to win a fist fight against any of them. Not that hippies believe in fist fighting, but you have to call ‘em like you see ‘em.  #RiseOfTheHippies