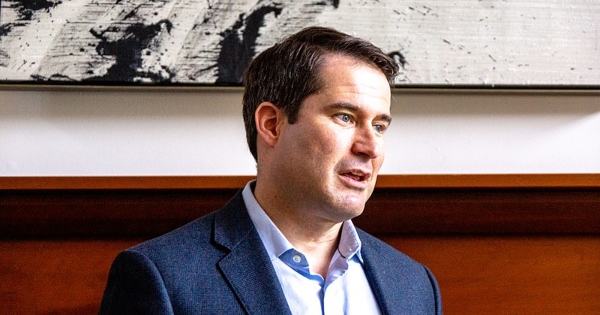 Seth Moulton, a representative for Massachusetts, is running for president, but who isn’t?  His real claim to fame seems to be his participation in a democratic revolt against Nancy Pelosi, who is one of the few people not running for president. He felt it was time for new party leadership. He seems to have accepted the situation.

Having been a marine with four tours in Iraq he has staked out a comfortable position national security and Defense. He feels those issues are a weakness for the current administration and should be exploited by democrats. It is hard to argue with that. One of his points of emphasis is defining and accomplishing goals so the country will know when the war is over. Now, we only have to assume it will never end. It seems to have become a slow, ceaseless meat grinder to which we sacrifice our children to every year. It would be nice to think it will end someday.

Moulton has an ambitious plan to create jobs, and provide training. It isn’t unlike the New Deal. At 17 people would be given the opportunity to enlist in several different government programs. The military is one, but so is an expanded FEMA and AmeriCorps. Further there would be a newly created Federal Green Corps. The wages and benefits would be based on those offered by the military. It seems ambitious, but we need big plans.

He supports abortion rights and federal funding for the procedure. He does not support a single payer health care plan but would expand the Affordable Care Act. He does have a mental health component that is interesting, but might need to be a little more inclusive.

Moulton is a candidate with potential. He falls a little short of radical in a few places, but he deserves some time and attention. He needs some work to meet the #RiseOfTheHippies endorsement, but he might be close.

On another note; I thought the first debate was a discordant mess. The moderators need to moderate. Interruptions followed interruption it was almost impossible to see the ideas through the tangled mess of accusation.

I think we need a new rule for political debates, you get a given amount of minutes and that’s it. If you talk over your opponent and use three minutes, it comes off your clock. Once you use your 15 minutes the hook comes out and pulls you off the stage.

It was particularly unfair to the 3 women on stage. They don’t understand the rancorous exchange of insults and intrusions men call conversation. They were stuck watching an episode of All In The Family with 17 Archie Bunkers.

Facebook45TweetPinEmailShares45
wpDiscuz
Share this ArticleLike this article? Email it to a friend!
Email sent!