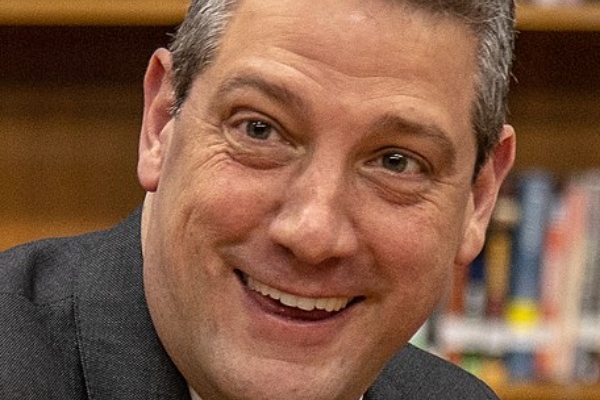 Tim Ryan represents the 13th district of Ohio. He would like to be the next president. He did have a rough time at the debate. And he has taken plenty of heat over it. But, that happens.

If elected Representative Ryan would invest 50 billion dollars in improving public schools. Though it would include a dedicated effort to improve the quality of education for lower income neighborhoods and provide much needed technology, one of the central tenets of his plan is to have a mental health counselor in every school. “Seventy-three percent of [school shooters] feel shamed, traumatized or bullied. We need to make sure that these kids feel connected to the school. That means a mental health counselor in every single school in the United States,” Ryan said.  I would have thought the percentage would be a little higher.  Plus, it should probably be part of an effort that includes controlling the number of guns available to the “shamed, traumatized or bullied.” But, in the past Mr. Ryan had an A rating from the NRA. He has expressed disillusionment with the organization after Sandy Hook, so, we may have to settle for counselors. The jury is still out.

He voted for the ACA and has expressed the need for single payer insurance, but doesn’t believe in Medicare for all.

Ryan doesn’t support the New Green Deal but has his own plan, though it is not easily accessible. If I find it I will share it in a future post.

He supports immigration but has expressed his belief that increased border security will help with the opioid epidemic. Somehow it seems a little too far right.

Being from Ohio, particularly rural Ohio has given him a unique perspective about agriculture. It show in a bold plan to move the nation back toward more real food. In fact, in my opinion, it may be one thing that gives him some breathing room.

He should be telling everybody about the plan. It is a big idea to help make people healthier, help farmers and save the government a little cash.  It may represent one of the most original ideas I have come across so far.

Tim Ryan has a long way to go in a field that seems to be leaving him behind. However increased spending on primary education and a farm bill to bring back food should be added to the conversation.